New South Wales Police have identified perps as Sudanese African teenage gangs, who most likely are Muslim, too, and are responsible for a terrifying spate of robberies and violence across Sydney. 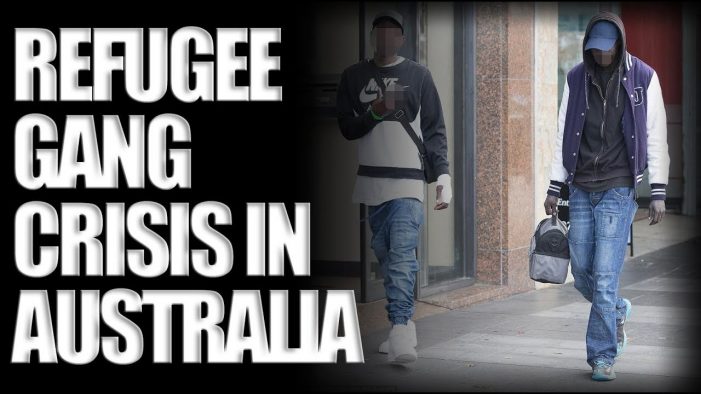 Daily Mail (h/t Sara S)  Assistant Commissioner Mark Jones said Strike Force Arpen is working to find a group of Sudanese teens who have been targeting electronic stores in the city over the past month.

At least 20 stores, including JB Hi-Fi and Bing Lee locations, have been hit by teenagers taking off with thousands of dollars in goods.

‘We are talking about an organized gang of African thieves,’ Assistant Commissioner Jones told The Daily Telegraph.

The comments come just days after detectives insisted Sydney was not facing the same African gang crisis as Melbourne.  On Sunday, Detective Chief Inspector Glyn Baker said he would not ‘describe them as gangs’.

‘I think it’s very important that we don’t draw any parallels whatsoever with what’s happening in Melbourne. What we are dealing with here is a group of young African males who are committing criminal offences’, he said.

But Jones says they are now calling ‘it for what it is’ – however, he emphasised the situation is not nearly as severe as Melbourne’s African Muslim gang issue. 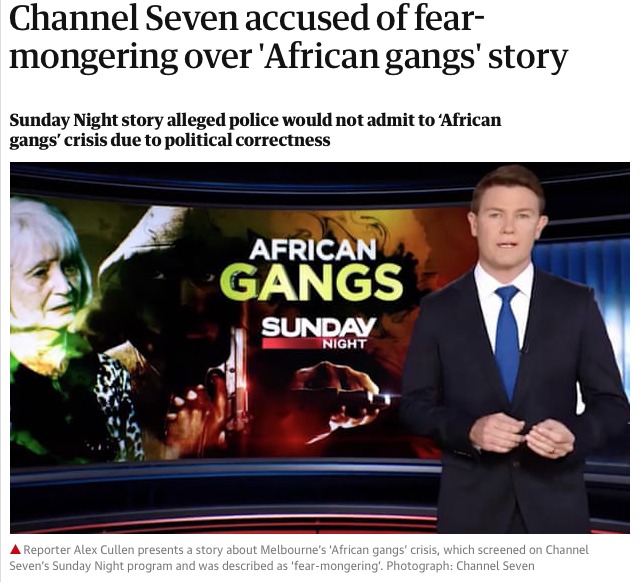 Melbourne has been dealing with violence relating to African street gangs for years, with footage and images of brawling youths involved in crimes and brawls.

Ugly scenes involving African youths and the wider community have erupted on numerous occasions in Melbourne in the past months, with politicians slamming Victoria Police for a lack of action.

Police said a gang which calls themselves the Blood Drill Killers were linked to numerous crimes in the city’s west in recent months.

The gang is comprised of African-Australian boys aged between 14 to 17 and is a breakaway group with links to Apex and Menace to Society.

Meanwhile in Sydney, four teenagers were arrested for allegedly stealing $15,000 worth of electronics at a store in Taren Point in the city’s south on Monday.

Four youths of African appearance aged 18, 17, and 16 were taken into custody, with one freed on bail.

In a separate incident, police arrested a 24-year-old man for allegedly stealing a speaker from an electronic store in Hornsby, on Sydney’s North Shore. 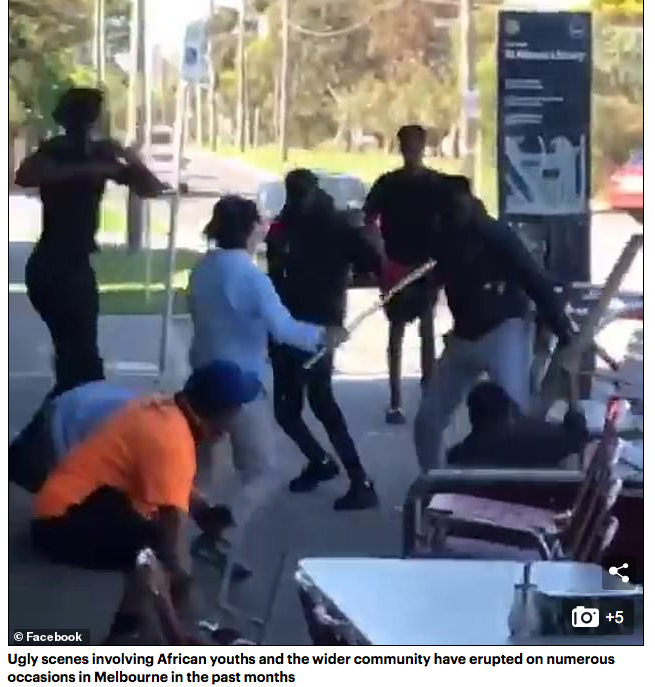