An essay published by the Middle East Forum, a pro-Israel think tank, claims the AfD (Alternative for Germany) Party campaign’s use of a 19th-century painting “The Slave Market”, depicting bearded Muslim slave traders bargaining over a naked white woman “echoes reality,” reports The Times of Israel.

The Middle East Forum shared a paper by Raymond Ibrahim defending the AfD’s message and use of the painting. “African and Middle Eastern Muslims have long targeted European women — so much so as to have enslaved millions of them over the centuries,” wrote Ibrahim, a Judith Friedman Rosen fellow at the Middle East Forum.

“In short, outrage at the Alternative for Germany’s use of the ‘Slave Market’ painting is just another attempt to suppress the truth concerning Muslim/Western history — especially in its glaring continuity with the present,” Ibrahim wrote. 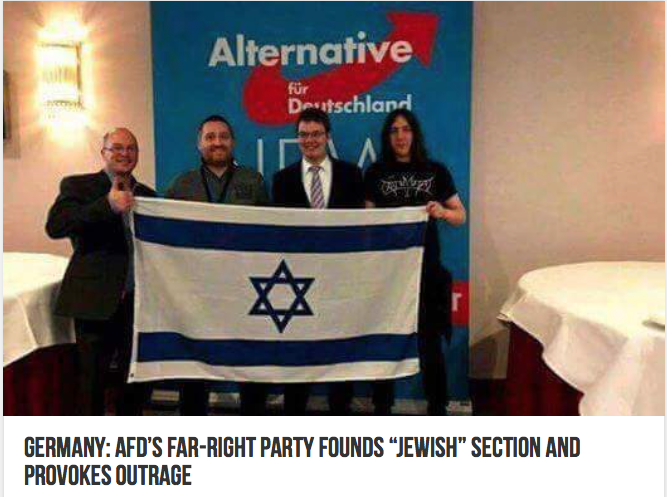 i24 News Jewish members of the populist Alternative for Germany (AfD) party have launched  a Jewish group to counter accusations of anti-Semitism made against the party. The group, to be called jAfD, seeks to represent the voice of German-Jewish critical of Chancellor Angela Merkel’s migration policies, in recognition that Islam poses the greatest threat to both Jews and Christians in Europe.

The group’s announcement drew baffled reactions from far left Jewish community leaders, the same kind of Jews who back in the ’30’s also thought the “Hitler thing shall pass” if we wait it out. 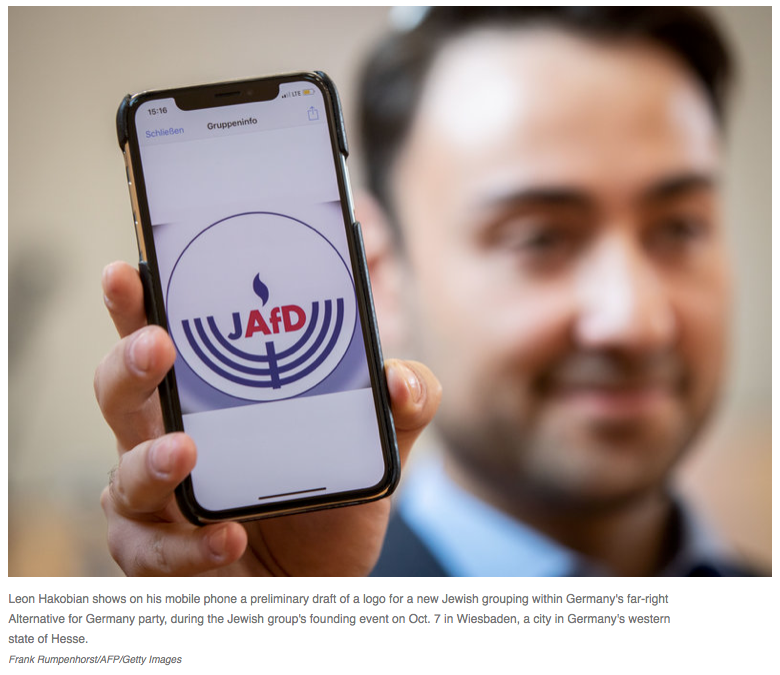 The man behind the initiative is Dimitri Schulz, a 31-year-old from the city of Wiesbaden. Schulz, a mechanical engineer who came to Germany with his parents from the former Soviet Union at the age of two, joined the AfD in 2014.

He campaigned for the AfD by calling the controversial party the only one that equally defends in its platform Christian as well as Jewish values. Schulz also stressed that  he never experienced anti-Semitic sentiments and always felt that his beliefs were received “very warmly.”

Like many far-right parties in Europe and elsewhere, the AfD presents itself as staunchly supportive of Israel. 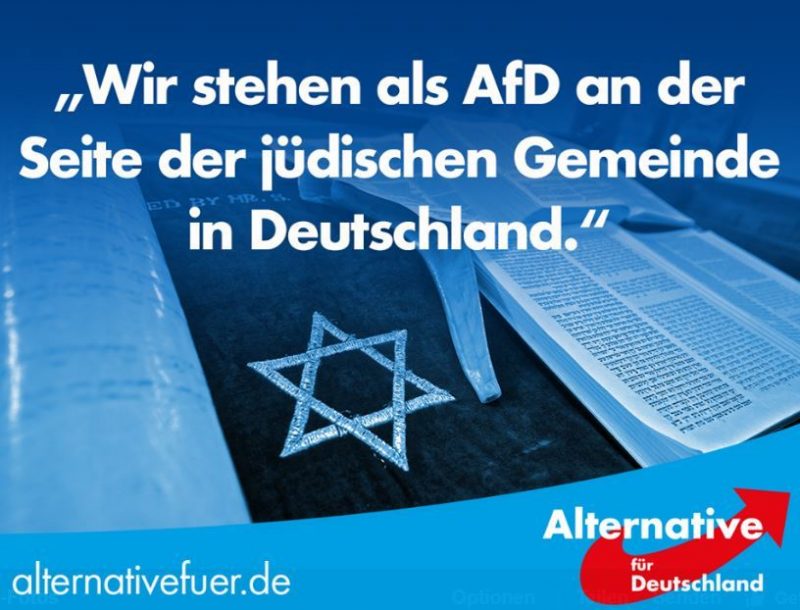 Summit News (h/t Thereza B) The German AfD party posted a graphic which suggested that parts of the country are now under the control of an Islamic “caliphate.” The image showed the country split into the “republic of Germany” and the “German caliphate,” highlighted by a black banner featuring the Islamic declaration of faith.

The post, which was subsequently deleted, included the caption, “pictures speak louder than words”. 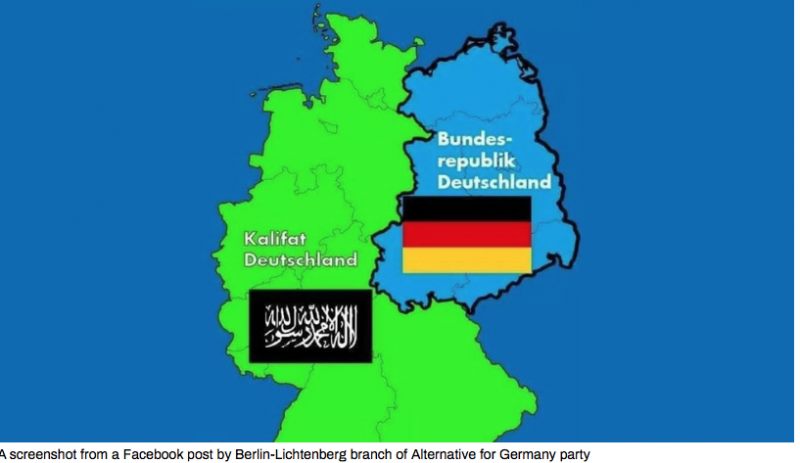 Despite receiving flak for the post, one respondent suggested she would prefer to live in an Islamic caliphate over a Germany governed by the AfD.

“If I had to live under AfD in something titled “The Federal Republic of Germany”, then I would take the green caliphate, please. There is sun and delicious food!” commented Christina Fischer.

Earlier this month, German leftists in the audience applauded death threats made against AfD during a political debate show.