A heavily armed off-duty Muslim Marine was recently arrested for trying to enter Offutt Air Force Base in Nebraska. Pfc. Ali Al-Kazahg, 22, of Milford, was arrested on May 31 after he tried to enter the base with two semi-automatic rifles, a pistol, a silencer, a bump stock, a vest with body armor and a case of ammunition. 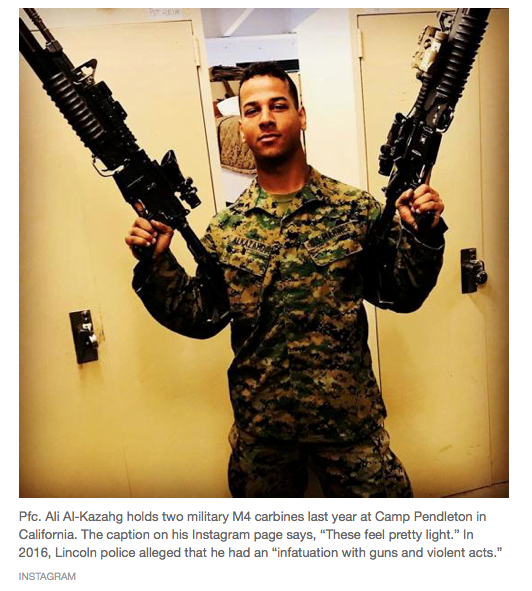 Omaha World-Herald  (h/t Mike F) According to reports, Al-Kazahg was on a watch list after he made “suspicious statements” and had previously been reported for “suspicious activity.” He told a fellow Marine that he would “shoot up the battalion, starting at the barracks,” if he were disciplined for certain misconduct. Al-Kazahg even specifically mentioned the names of Marines he wanted to target.

It is illegal to carry weapons at Offutt, aside from authorized members of security forces and certain military retirees. It’s not clear to base authorities whether Al-Kazahg intended to use the weapons to harm people at Offutt, said Lt. Col. William Smith, commander of the 55th Security Forces Squadron.

Al-Kazahg — who was home in Nebraska on leave — was stopped in a pickup truck May 31 at Offutt’s StratCom gate after security guards there saw his name on a law enforcement watchlist of people judged capable of doing harm. A “be on the lookout” bulletin had been circulated across Nebraska a week earlier by a coalition of federal, state and local agencies tasked with monitoring security threats. 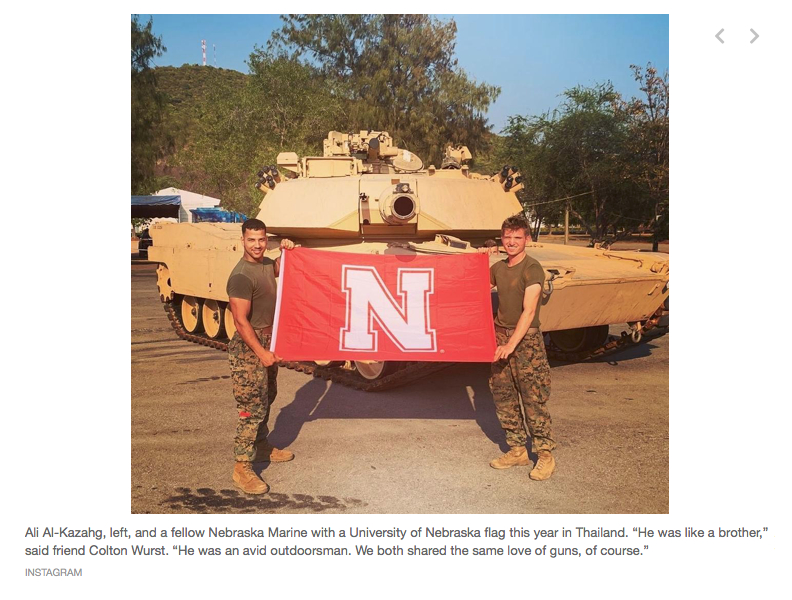 The bulletin quoted NCIS as reporting that Al-Kazahg had previously made “suspicious statements” and been reported for “suspicious activity.” It said he had previously “shown various people large amounts of cash” and an online order he had placed for body armor, magazines, weapons parts, holsters and medical supplies, all to be shipped to a Nebraska address.

The bulletin also cited a caution about Al-Kazahg issued by the Lincoln Police Department in 2016 (before he enlisted in the Marine Corps) alleging that he was “dangerous, has an infatuation with guns and violent acts, and has a dislike for law enforcement.” 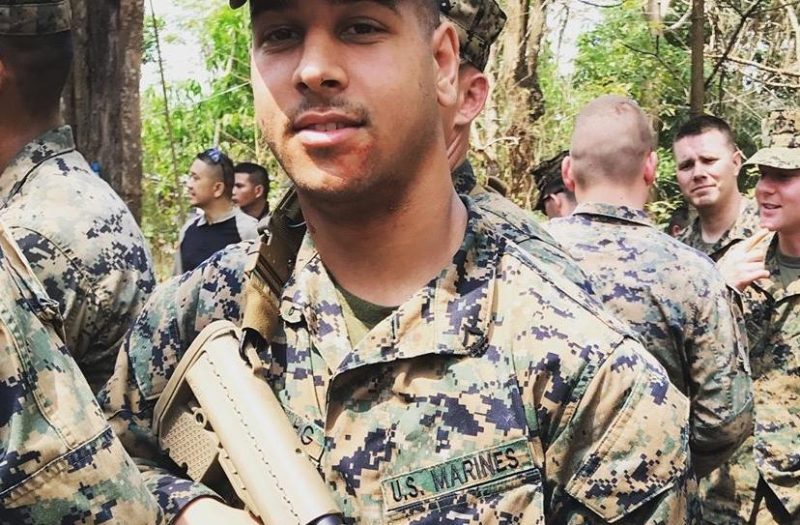