“Greetings, everyone! This one hurts me to the core, and, it is personal, very personal.” 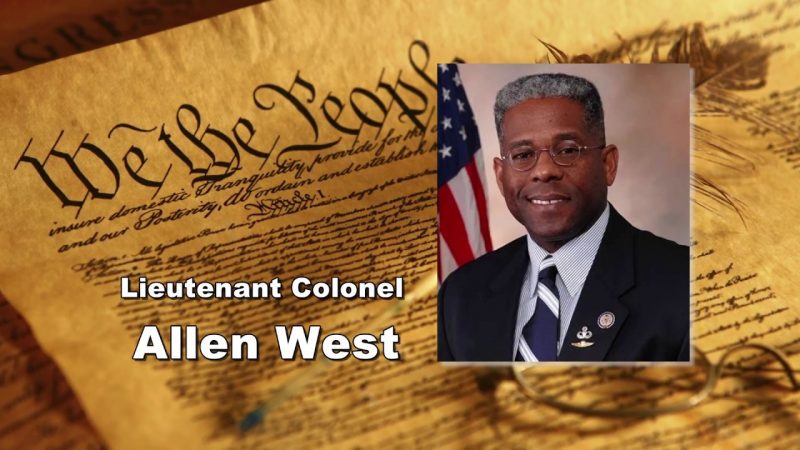 ALLEN WEST  Yesterday, June 14th, we celebrated the 244th birthday of our US Army, whose motto is “This We’ll Defend.” But, what happens when our Army, the nation’s oldest military service, no longer defends the honor of our nation? What happens when the Army surrenders and does not live up to the oath that soldiers take, “to support and defend the Constitution of the United States of America, against all enemies, foreign, and domestic?”

Sadly, it appears that an action took place this week which should cause true Americans, and soldiers, great concern. With great sadness, and anger, I must bestow this week’s “Stuck on Stupid Saturday” recognition to the US Army War College.

As written by Raymond Ibrahim — someone I have met — at American Thinker yesterday:

The U.S. Army War College (USAWC) has just surrendered to the demands of the Council on American-Islamic Relations (CAIR) — an “unindicted co-conspirator,” to quote the U.S. Dept. of Justice, in the largest terror funding case in American history.

The June 19, 2019 planned lecture on my book, Sword and Scimitar: Fourteen Centuries of War between Islam and the West at the U.S. Army War College in Carlisle Barracks was canceled due to a CAIR-induced hysteria that focused on presenting me — a native Arabic speaker of Egyptian/Middle Eastern descent — as a “racist” and “white nationalist” who is out to incite American soldiers to murder Muslims.

(You can see the full story here: THE REST OF THE STORY about why the US Army War College bowed down to designated terrorist group CAIR, from Raymond Ibrahim)

I find this so very unconscionable, and infuriating.

First, who are these people, CAIR and Linda Sarsour, to believe that they can dictate what is acceptable speech and expression in our America? How did our Army leadership become so neutered that they would not simply do as the Commander of the 101st Airborne Division, BG McAuliffe, did in responding to the Nazi German demand to surrender? He replied “Nuts.” What is happening in our Army that they would allow themselves to be bullied by Islamo-fascists, and known Islamic terrorists at that? Yes, unless you have your head buried in the sand, CAIR is known to have ties to the Muslim Brotherhood, and therefore should be denounced as an Islamic terrorist group, and not allowed to operate in this country.

I have read one of Raymond Ibrahim’s previous books, Crucified Again, which articulates the present day persecution of Christians in the Middle East. Ibrahim is an Egyptian Coptic Christian, thus, he is in a position to be an authority on the topic. As well, anyone can review his other lectures and presentations. He is not a radical, certainly not a racist, or white supremacist. But, when it comes to the tactics of Islamo-fascists, and progressive socialists, facts, and having the intellectual debate are not sought after, only the tactics of character assassination are employed.

Shame on the US Army War College for cowering before these slick suit-wearing jihadists who have declared war on our Constitution, our Bill of Rights.

I am quite sure that Mr. Ibrahim, and many others, never believed that in coming to the United States they would still face the threats, intimidation, coercion, and attacks from Islamo-fascists. I believe that Raymond believed that here, in America, one could freely express their intellectual thoughts, perspectives, and insights. Sadly it appears he was wrong.

Let’s all take up this cause and call or email the US Army War College and tell them to reinstate the lecture from Raymond Ibrahim, immediately.

I ask Secretary of the Army Mark Esper, and Army Chief of Staff, General Mark Milley, is this our new Army? Surrendering to the same enemy we face on the deployed battlefields, here at home? Where is the spirit, courage, resolve that we expect of our Army, and its leaders? Are we to believe that these jihadists who hide in plain sight in America now possess such incredible power that they can dictate to our American Army who can address our institutions of learning?

Hell, I certainly would expect this from some left-wing college or university, but our US Army War College? Damn, maybe the name should be changed from “War College” to just plain “college.”

Raymond Ibrahim is a highly intelligent student of history and the civilizational warfare of Islamic jihadism. As he stated, not one sentence of his recent literary project was mentioned by these Islamo-fascists to whom the USAWC so willingly surrendered. They simply presented their displeasure, and when did the US Army care about the displeasure of individuals, and organizations, associated with Islamic jihadists, terrorists.

This is embarrassing, disgusting, appalling, and highly disconcerting. My Army has just emboldened and encouraged the enemy, and they are laughing at us. And as a proud soldier, I am pissed off that Islamo-fascists are laughing at my country, my Army. Our motto is “This We’ll Defend,” we failed, we surrendered, and that is unacceptable.

Therefore, I am compelled to recognize the folks — cannot refer to y’all as leaders — at the US Army War College as the recipients of this week’s “Stuck on Stupid Saturday” Award. This stupid action will have lasting detrimental consequences.

I am imploring President Donald J. Trump, and National Security Adviser, John Bolton, to declare the Muslim Brotherhood an Islamic terrorist organization, and finally kick these affiliated Islamic jihadist groups, jackasses, out of our country.

C’mon y’all, find your cajones, and stop cowering to the likes of CAIR and Linda Sarsour!

West once received a letter from the Council on Islamic-American Relations (CAIR) requesting that he cut relations with, as the Council put it, “anti-Islamic extremists,” particularly Bridgette Gabriel, Pamela Geller, Robert Spencer, and Rev. Neil Dozier. West’s response (below) was extraordinarily succinct:

FROM 2016: CAIR went ballistic over an anti-Muslim meme posted by a staffer on Allen West’s Facebook page. The staffer apologized, but West did not.