After decades of unreported Muslim violence against Hindus and Sikhs in India, payback against Muslims quickly becomes headline news around the world:”Indian Muslim man tortured to death by Hindu mob in viral video.” 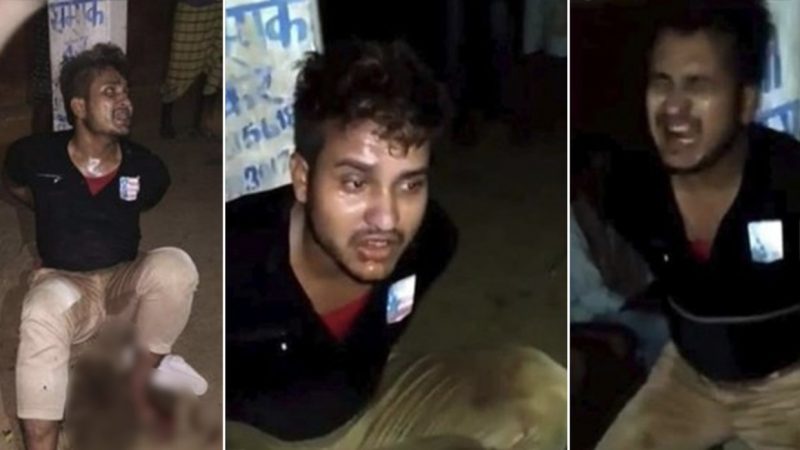 NST Indian police arrested 11 people Tuesday over the killing of a Muslim man who was tortured and forced to chant Hindu slogans in the latest mob violence to shock the nation. Two police officers have also been suspended over the handling of the lynching of Tabrez Ansari, captured on a video that went viral on Indian social media.

The 24-year-old is seen in the video crying and pleading as a mob in Jharkhand state forces him to chant “Jai Sri Ram” – hail Lord Ram – a slogan widely used by Hindu hardliners.

Ansari had been accused by villagers of carrying out a burglary. He was tied to a pole and beaten for up to 12 hours before police first detained him in Seraikela, and then took him to hospital – where he died Saturday.

Media reports said Ansari’s wife has accused police of deliberately taking him to jail first – instead of a hospital – despite the critical injuries he suffered.

On the other hand…

Political Islam Koenard Elst in Negationism in India gives an estimate of 80 million Hindus killed in the total jihad against India. [Koenard Elst, Negationism in India, Voice of India, New Delhi, 2002, pg. 34.] The country of India today is only half the size of ancient India, due to jihad. The mountains near India are called the Hindu Kush, meaning the “funeral pyre of the Hindus.” 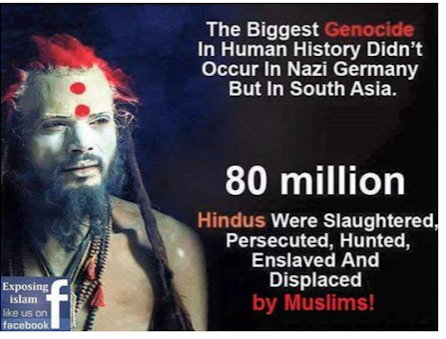 When I refer to “payback,” this is just a tiny sample of what I mean:

BREATHTAKING! 13-year-old Indian Hindu girl rails against her government leaders for their failure to wipe out the Islamic jihadists from Pakistan who wage continuous war against her people

INDIA: A Mama dog with 5 puppies was allegedly raped, then dragged to her death by two Muslims after being tied to the back of their scooter

HEY, INDIA’S MUSLIMS : India gave you your own country – Pakistan – so go there if you don’t like the way you’re treated in India

INDIA: MUSLIM terrorists bomb one of the holiest shrines in Buddhism