China is waging a global campaign against the Uighurs, a Muslim ethnic minority concentrated in its western frontier of Xinjiang. In the last two years, the country has ordered tech companies to spy on their phones, outlawed Muslim practices like wearing a beard or going to prayers, and detained at least one million Uighur Muslims in prison-like detention centers. 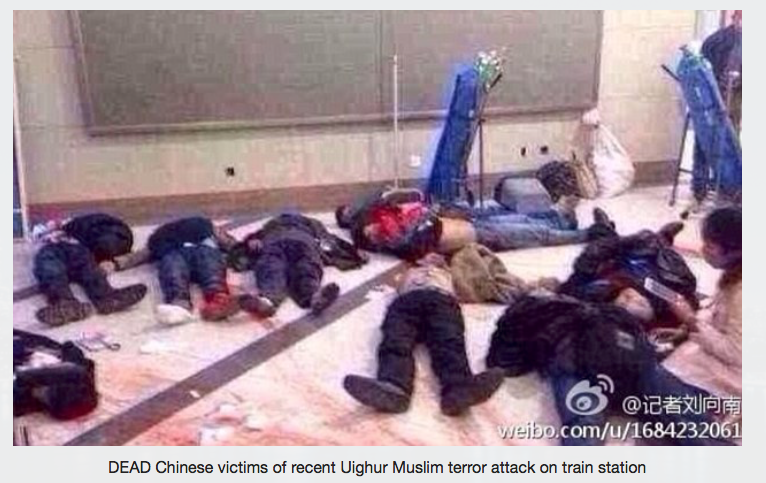 Business Insider Though Beijing has cracked down on Uighur activity in the western Chinese region of Xinjiang since 2009, when a series of terrorist attacks and ethnic riots took place across the country, it only recently started ramping up its high-tech surveillance operation, and handing out sterner punishments to the people.

China’s government has for years blamed the Uighurs for terrorism, and say they saying the group is importing Islamic extremism in Central Asia.

Beijing characterizes all Uighurs as terrorists, and has routinely cites national security concerns to justify its actions in the region.

Authorities have imposed a variety of oppressive laws in the region, including asking tech companies to block and report the transfer of any content that might seem unsavory to the regime. It has also been reported that authorities have arrested people for refusing to sell pork products and alcohol in their shops.

Uighur Muslims – who refer to Xinjiang as East Turkestan – believe that China is trying to eradicate their culture. Beijing says it is unifying the Chinese nation. Authorities in the region have also started detaining Uighurs even if they haven’t committed a crime. They say it’s to prevent them from doing so.

Zhang Zhisheng, a top official at the Xinjiang Foreign Affairs Office, told the BBC in a recent interview: “Some people, before they commit murder, already show they’re capable of killing. Should we wait for them to commit the crime? Or should we prevent it from happening?”

The US has criticized China over its human rights record in Xinjiang, but the White House has so far ignored repeated calls by several members of Congress to impose sanctions on human-rights offenders in Xinjiang. Muslim-majority countries, such as Pakistan, have also refused to speak out against the Uighur atrocities.

China has detained over a million Muslims in concentration camps — and no one is doing anything about it pic.twitter.com/lO6tBkfrto

Much more on the CHINA UIGHUR MUSLIM problem