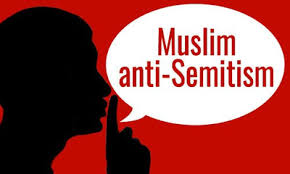 This is the first time in decades that European Jewish communities have had to flee their country due to security concerns. It is estimated that there are 20,000 Jews presently living in Sweden. Most live in Stockholm, Gothenburg and Malmo.

World Israel News (h/t Maurice) Though Sweden’s Parliament gave official recognition, in 2000, to its Jewish citizens as one of five minorities in the country, and also recognized Yiddish as an official minority language, Sweden is not known for its pro-Jewish stance.

The BESA Center reported in 2018, “Sweden has taken in the highest number of migrants in western Europe as a percentage of population. Most immigrants come from Muslim countries where societies are permeated by extreme anti-Semitic prejudices. The authorities there promote Jew-hatred as national policy. Sweden can thus be characterized as a major importer of anti-Semites out of humanitarian motives.”

These immigrants have led Sweden to become the test case for the rest of Europe and especially the safety of Jews. President of the European Jewish Congress Moshe Kantor stated, “The challenges that the Jewish community in Sweden face today are sadly indicative of far wider phenomena taking place across Europe.”

Last week, The Jerusalem Post reported that a third of the population in Malmo comes from Muslim countries. The city has several hundred Jews who have experienced dozens of anti-Semitic incidents annually.

The paper wrote that two philanthropists had donated more than $4 million to boost security for the Jews of Malmo. Dan Olofsson, one of the donors, told Swedish newspaper Dagens Nyheter that his support was to “instill some hope in the Jewish population, so they feel that even if the politicians do not want to do something, there are people who are prepared to stand up for them.”

Rabbi Shneur Kesselman, the Chabad movement’s emissary to the Malmo region, told JTA that he had personally witnessed and experienced hundreds of anti-Semitic incidents. He said that most of these were verbal assaults, although violent crime against Jews is rising. Kesselman said that almost every anti-Semitic incident came from Middle East immigrants.

Unless circumstances change, Sieradski estimates that Malmo will dissolve itself by 2029.

Here’s an excerpt of the article by Swedish writer Paulina Neuding:

“This past Saturday, a Hanukkah party at a synagogue in Goteborg, Sweden, was abruptly interrupted by Molotov cocktails. They were hurled by a gang of men in masks at the Jews, mostly teenagers, who had gathered to celebrate the holiday. Two days later, two fire bombs were discovered outside the Jewish burial chapel in the southern Swedish city of Malmo.

Horrifically, there have even been outright calls for killing:

“Both of these recent attacks followed days of incitement against Jews. Last Friday, 200 people protested in Malmo against President Trump’s decision to recognize Jerusalem as the capital of Israel. The protesters called for an intifada and promised “we will shoot the Jews.” A day later, during a demonstration in Stockholm, a speaker called Jews “apes and pigs.” There were promises of martyrdom.”

Consider the video below. While it looks like a rally you would see in the middle east, it was actually in Malmo Sweden. This is the consequence of weakness and political correctness. Rather than reduce hate, political correctness empowers hate and makes it even worse.

The article also notes that the only Hasidic Rabbi in the Swedish city of Malmo has been the “victim of more than 100 incidents of hostility ranging from hate speech to physical assault.” Things have become so bad that Synagogues in the country have airport-style security checks, police with machine guns now guard many Jewish schools, and a kindergarten in Malmo for Jewish children features bulletproof glass.

Many Jewish teachers hide their identity, with one teacher saying he “was told by a student: “We’re going to kill all Jews.” He said other students yell “yahoud,” the Arabic word for Jew, at him.”‘ 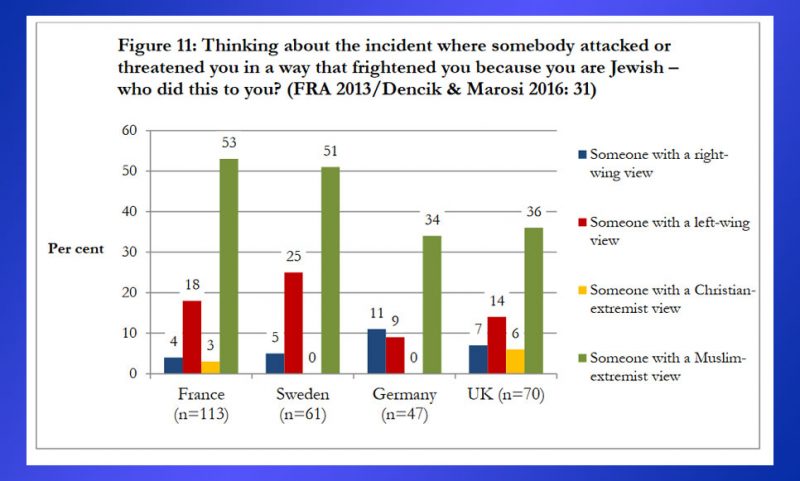 However, Sweden’s politicians don’t have the courage to speak out against Muslim extremists, so they remain silent. In their pathetic cowardice, they often blame Israel or U.S. foreign policy when attacks against Jewish people take place, which is a total disgrace.

Unfortunately, the attitude of Sweden’s gutless fool leaders is repeated across much of the Western world, where many politicians are quick to call out right-wing extremism, but are totally silent on Muslim extremism, allowing the problem to grow and fester and create a rising threat.

This refusal to speak the truth makes the problem even worse: