British hero, Roy Larner, severely injured after fighting off Muslim terrorists during the London Bridge attack, has now been placed on the government terror watch list, out of concern he could become a right wing extremist! 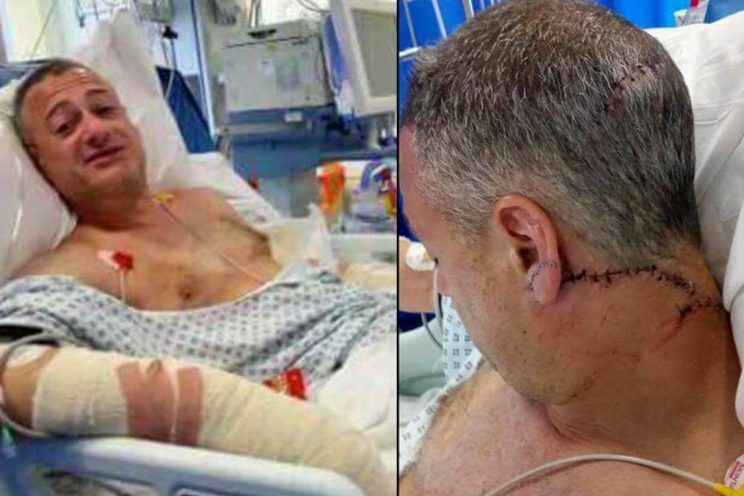 Summit News  The ‘Lion of London Bridge’ who bravely fought off Islamic terrorists has been put on an anti-radicalization terror watchlist by the UK government over fears he could become a right-wing extremist. Yes, really. Roy Larner was repeatedly stabbed as he fought ISIS terrorists when they attacked London Bridge and Borough Market on June 3 last year

“They treat me like a terrorist but I’m not political at all,” said Larner, who revealed he was forced to attend de-radicalization classes and is being monitored by the police. 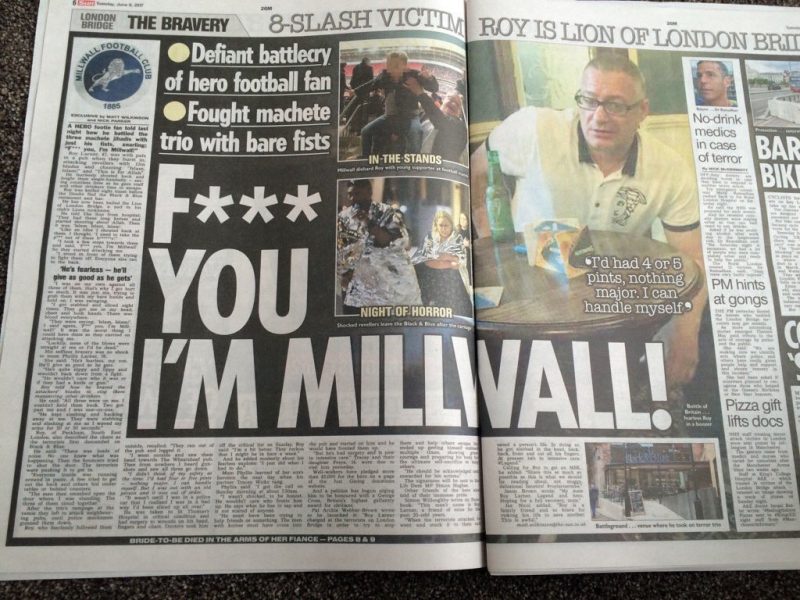 49-year-old Roy Larner screamed “F*** you, I’m Millwall” as he defended himself against jihadists who ended up killing 8 people and injuring 38 others during the horrific attack in London two years ago. The attack left Larner with more than 80 stitches to his head, ear, arms and hands after two of the terrorists slashed at his head and neck.

Following the attack, Larner revealed that the terrorists had shouted, “This is for Allah” and “Islam, Islam, Islam” during the rampage.

Now Larner himself is being treated as a potential terrorist by the UK government. Because he was allegedly contacted by anti-Islam activists, Larner has been put on the government’s Prevent terror watchlist over fears he might become an extremist.

Despite being hailed as a hero after the attack, with speculation that he could even be given the George Cross, the highest civilian award for gallantry, Larner is now literally being treated as a potential terrorist by his own country.

The United Kingdom is so addled with political correctness, it treats those who fought back against Islamic jihadists as terrorists. Let the sheer intensity of that level of clown world insanity sink right in.