Surrounded by Muslim inmates the first time he was convicted (and then released after his conviction was overturned), Tommy was nearly killed in prison. If he is sent to prison again, he definitely will be killed by Muslims there. 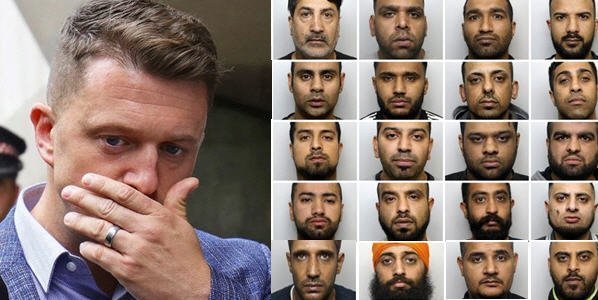 “In desperation, I’m making the appeal to President Trump urging him to get his lawyers and his team to look into my case. I’ve already been unlawfully imprisoned, now I’ve been convicted — not by a jury of peers — but the government that got me through a back door. I’ve been convicted for journalism,” Robinson told The Gateway Pundit on Monday.

According to a report from Summit News, Robinson will be appearing on both the Alex Jones Show today (below) and Tucker Carlson’s Fox News show this week to publicly make the asylum request.

Robinson had previously served 10 weeks in prison for the same offense before the charges were overturned in the Court of Appeal. Their ruling that found he was improperly tried, convicted, sentenced and imprisoned. Though he was released, the court left the option open to try him again for the same incident — which they did this week.