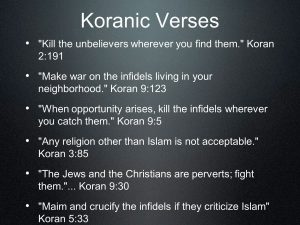 In 2017, a 65-year-old Orthodox Jewish woman, Sarah Halimi, was fatally attacked at night in her home on Vaucouleurs Street, in Paris by a Muslim who broke into her apartment. He tortured her while vilifying his victim as a “dirty Jew” and as “a Satan.” Then, as she was dying, he threw her out of the third-floor window to her death, while chanting “Allahu Akbar.” During the police investigation, the terrorist asserted that the quran had commanded him to murder her. 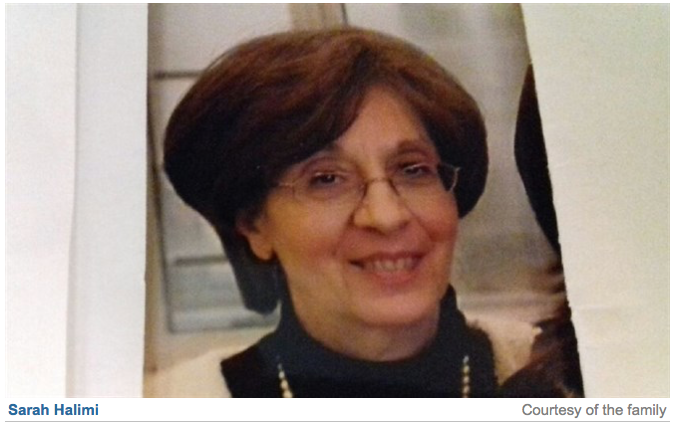 INN (h/t Victor S) A Muslim man who killed his Jewish neighbor in Paris while shouting about Allah is probably not criminally responsible for his actions because he had smoked marijuana beforehand, a French judge has ruled.

The preliminary ruling in the trial of Kobili Traore for the 2017 murder of Sarah Halimi came Friday from a judge of inquiry — a magistrate that in the French justice system is tasked with deciding whether indicted defendants should in fact stand trial, JTA reported Monday.

Halimi was murdered in 2017 after she was attacked by her Muslim neighbor while she was sleeping in her apartment. He stabbed her, yelled “Allahu Akbar,” and then threw her from the third story to her death. Traore confessed to the killing but a subsequent psychiatric evaluation determined that he was not responsible for his actions.

Francis Khalifat, the president of the CRIF umbrella group of French Jewish communities, called the latest ruling “unsurprising but hardly justifiable.” He said his group and others will appeal in hopes of bringing Traore to trial. 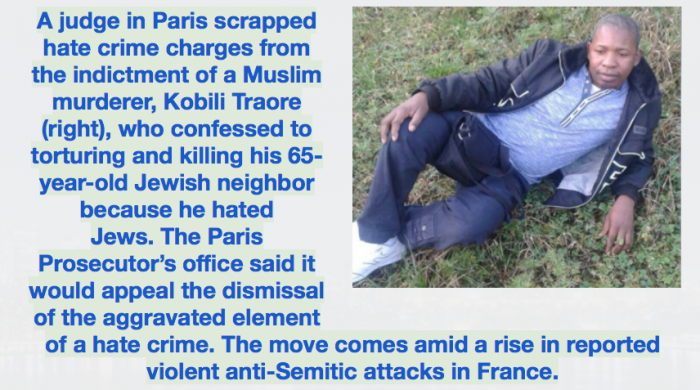