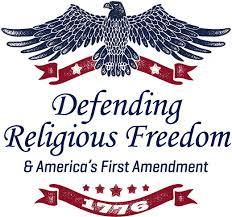 Designated terrorist group CAIR is outraged that U.S. Sen. Cory Gardner (R-CO) helped honor former State Senate President John Andrews at the Western Conservative Summit on July 12 – 13, an event celebrating freedom of religion, simply because Andrews made a compelling case for why Islam and the U.S. Constitution can never co-exist.

CAIRtv Andrews said, in part, “Giving freedom of religion to a ‘religion’ that does not believe in freedom – and never doubt that Islam does not – is civilization suicide.”

“Not when one holds Sharia law supreme — the Quran, the command they think they’ve received from above to dominate the globe — and the other holds the Constitution supreme. Something has to give. America is in a war to the death, and I don’t think it’s going very well.” He also said America “can only win that battle if we summon the courage to name our enemies: two of them. The name of one is Marx and the name of the other is Mohammed.”

CAIR is demanding that Sen. Cory Gardner (R-CO), Donald Trump Jr. and Secretary of Housing and Urban Development Ben Carson, all of whom spoke at the conference to repudiate the anti-Muslim hate spewed by Andrews.