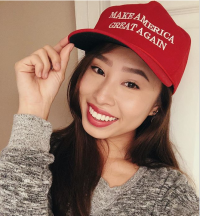 Beauty queen Kathy Zhu has been stripped of her Miss Michigan title by the Miss World America pageant. Zhu, who immigrated to the U.S. from China as a child, took to Twitter to say part of the reasoning was because she refused to “try on a hijab,” adding that MWA “accused me of being racist, Islamophobic, and insensitive.” 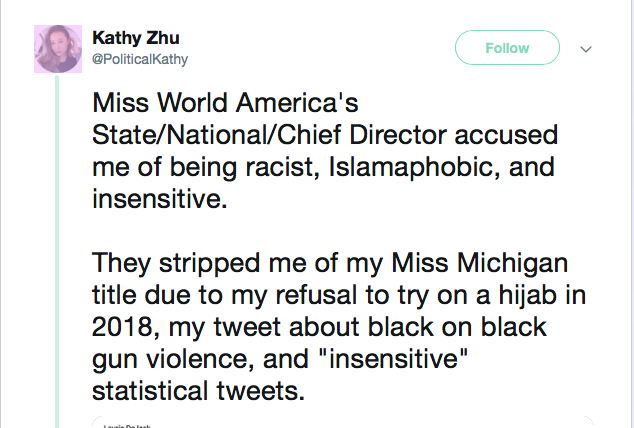 BizPakReview  Zhu, an outspoken conservative student at the University of Michigan, included a copy of an email from Miss World America Michigan state director Laurie DeJack.

“It has been brought to the attention of Miss World America that your social media accounts contain offensive, insensitive and inappropriate content, and in violation of MWA’s Rules and Conditions, specifically the contestant requirement of ‘being of good character and whose background is not likely to bring into disrepute Miss World America or any person associated with the organisation,’” DeJack wrote.

“Therefore, and effective immediately, MWA does not recognize you as a participant of any sort or in any capacity as it relates to any and all events of MWA,” she added. 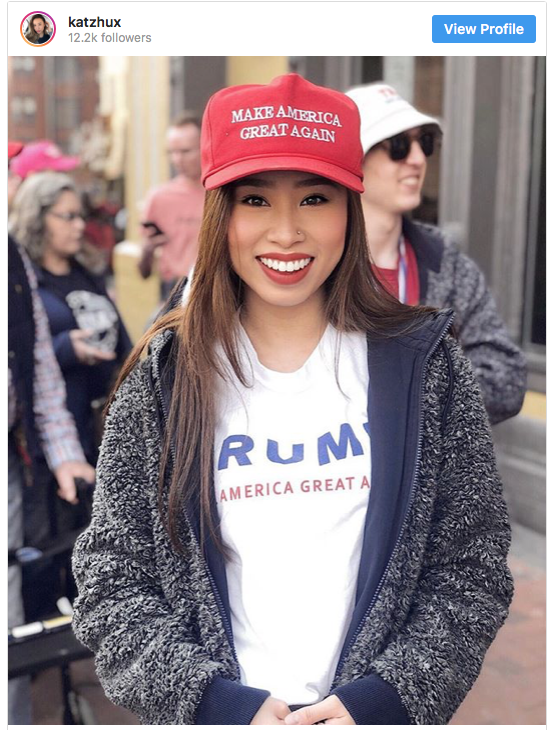 One of Zhu’s misgivings was that she accurately commented on back-on-black crime in a tweet.

But the incident with the hijab takes center stage. It involved a group of Muslim students at the University of Central Florida, who were holding a “Try a Hijab” event on campus in Feb. 2018 to celebrate World Hijab Day.

Zhu, who was a student at UCF, was reportedly asked if she wanted to try on a hijab and declined, posting her thoughts about it on Twitter — the tweet has been deleted.

“There’s a ‘try a hijab on’ booth at my college campus,” the tweet said. “So you’re telling me that it’s now just a fashion accessory and not a religious thing? Or are you just trying to get women used to being oppressed under Islam?”

She explained the incident in her response to DeJack, saying “a Muslim woman tried to forcibly put a hijab on my head without my permission.”

“What’s ‘insensitive’ is that women in the Middle East are getting stoned to death for refusing to obey their husband’s orders to wear hijabs,” Zhu wrote. “I tweeted about it on my social media … Almost everyone was supportive of me refusing to be put in that situation. Are the people in MWA implying that they advocate for the punishment of women who refuse to wear a hijab?”

Social media users were quick to come to Zhu’s defense, rightly so. Here’s a sampling of responses from Twitter: 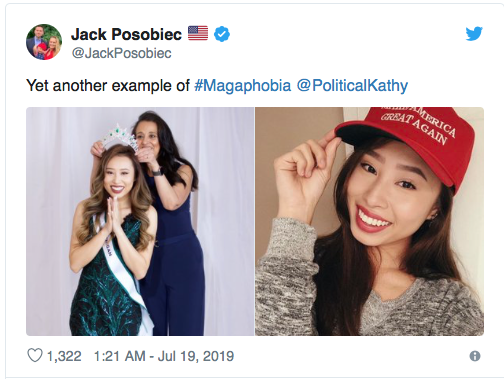 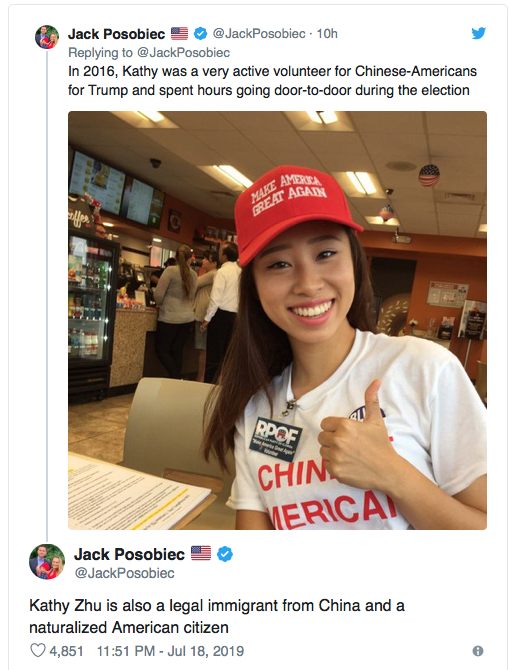 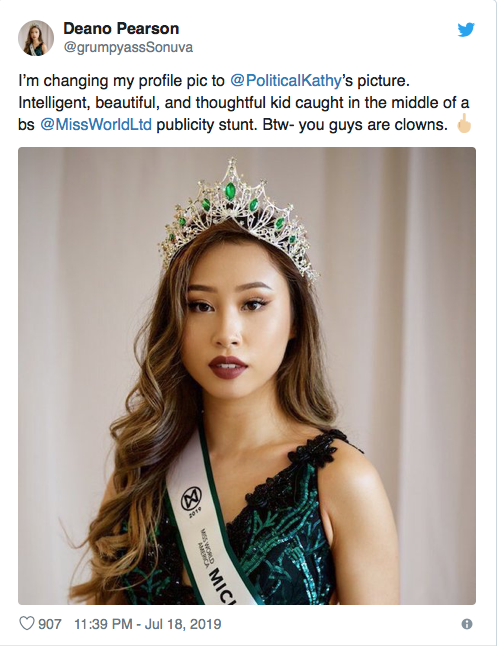