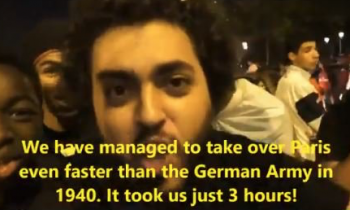 For each win leading up to and including the final competition, Muslim invaders have been terrorizing French pedestrians, robbing and assaulting women, storming the streets, and looting stores in Paris and other cities. Police used a lot of tear gas but could barely contain the mobs or stop the violence.

The rioting hordes of savages terrorized two women as their car got caught up in the mayhem.

Last night Algeria won the Africa Cup of Nations (football) and young Algerians took to the streets in France to cause unrest for the third time in a week.

Here is a video of them scaring two French girls and then stealing their phones and money. pic.twitter.com/6tR6wFf9mM

Here, they taunt French citizens and sucker-punch an unsuspecting man on a motorcycle.

Here we have a particulary cowardly attack on a French guy

One of them sent a message to Marine Le Pen saying, “Look, look! Here we have the Algerians, Tunisians, Moroccans, Senegalese. We have managed to take over Paris even faster than the German Army in 1940. It took us just 3 hours!”

Some also told the TV audiences the truth

Muslims celebrated the Algerian win by attacking innocent people in many parts of France for the past week.

No fights in Poland though?? pic.twitter.com/jvSTzFoW3e 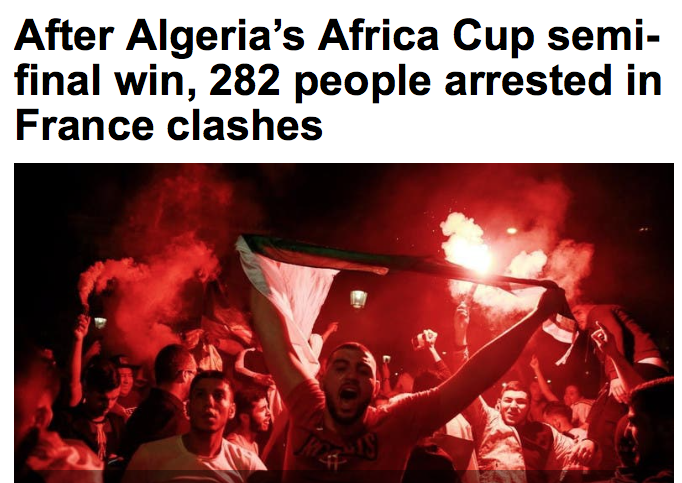