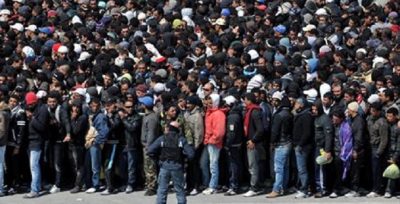 The below report comes from a letter sent out by a German citizen who tells the horrors of what masses of disease-ridden Muslim invaders posing as refugees, many with unfamiliar diseases, and no money to pay for treatment or prescriptions, have brought into Germany. Not to mention the danger that Muslim male patients pose to female hospital staff.

FYI: The man reading the letter thinks that Germany has closed its borders to Muslim migrants. It has not.