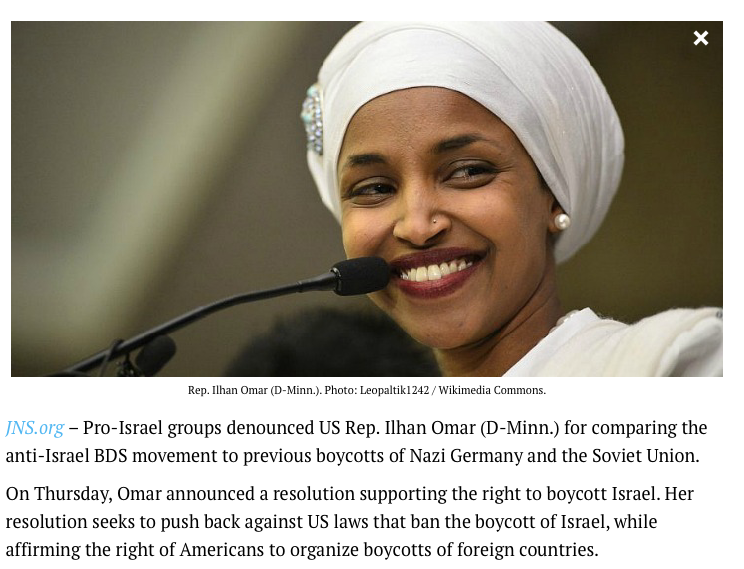 BIN  (h/t Victor S) Congressmuslim Ilhan Omar (D, MN), who introduced legislation that seeks to protect those who want to boycott, divest and sanction (BDS) Israel, uses an Israeli company to power her own website.

Reddit user ‘EthanB111’, noticed that the site ‘IlhanOmar.com’ is powered by WIX.com, an Israeli  company that allows its customers to easily build websites using simple drag and drop tools. WIX does not hide the fact that they are based in Tel Aviv, Israel.

Before the freshman congresswoman was elected, she actually told Jewish voters that she opposed the BDS movement saying: “I believe right now with the BDS movement, it’s not helpful”.

But the CAIR affiliated candidate quickly changed her stripes when she introduced House Resolution 496, which states: “that all Americans have the right to participate in boycotts in pursuit of civil and human rights,” US Rep.

Ilhan Omar invoked several previous examples where she says that “boycotts have been effectively used” in the United States and around the world. She also caused a controversy when she compared boycotting Israel to the boycott of Nazi Germany. 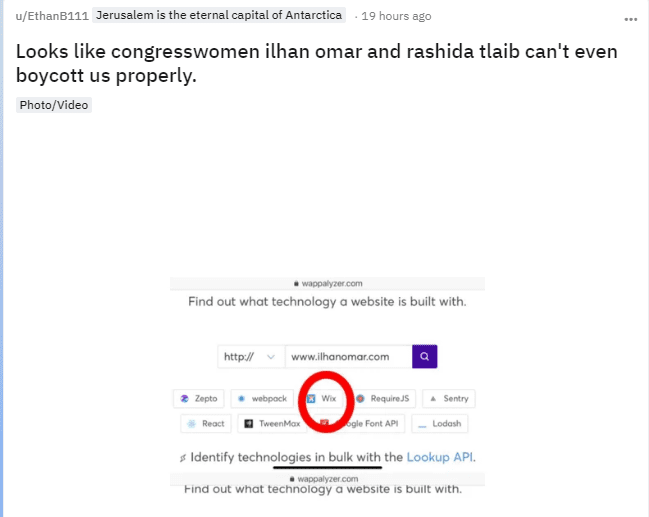 Earlier in the year, it was also revealed that Omar’s colleague freshman congresswoman Rashida Tlaib (D, MI) also used the Israeli company to power her site. Tlaib is a self-described “Palestinian.”

Times of Israel A pro-Israel Democrat group issued a tongue-in-cheek congratulations on Tuesday to Congresswoman Rashida Tlaib for not abiding by her own calls to boycott Israel, after it was revealed the she used Israeli technology to create her personal website. 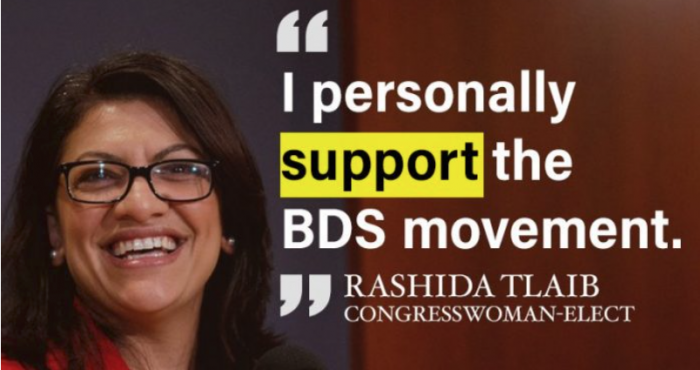 Tlaib was the first Palestinian-American woman elected to Congress in recent elections and is a staunch supporter of BDS, the Boycott, Divest and Sanction movement against Israel.

The comment came after on Sunday a UK-based Israeli advocacy group showed that Tlaib’s website was apparently created using Wix.com, an Israeli company that creates tools for building internet sites. 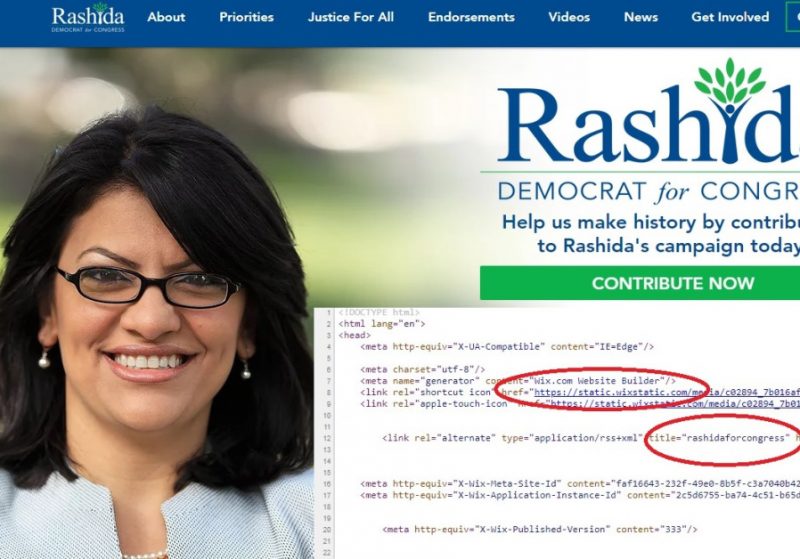 In a video published on the Facebook page of the Israel Advocacy Movement, founder Joseph Cohen displayed a screen capture of the code used for Tlaib’s website which showed it was created using Wix.com.

“That’s right, the Palestinian queen of BDS has a website that was built and bought from Israel,” Cohen says. “While she’s telling America to boycott Israel, she’s personally benefiting from their technology,” he said,