By revealing the identities and personal information of prominent conservatives, as well as their families, Luke O’Brien targets those who oppose the Leftist agenda, thereby exposing them to slander, libel, death threats, and violence from Antifa domestic terrorists, hate groups like the Southern Poverty Law Center, the far-left Huffington Post, and designated terrorist group CAIR. 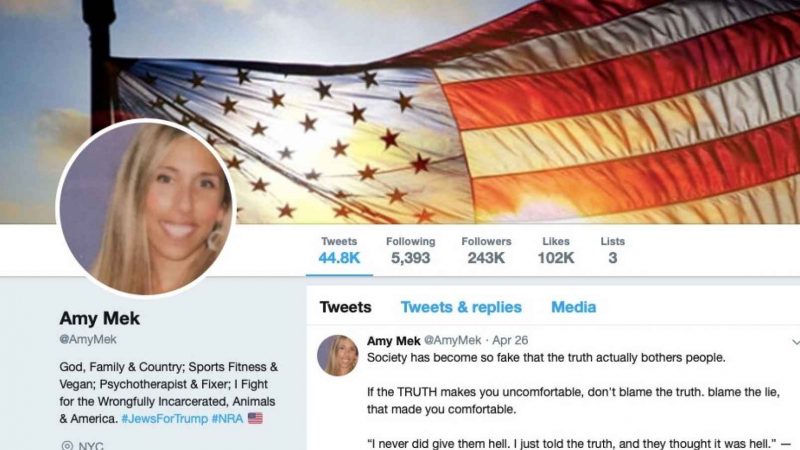 Frontpage Mag O’Brien not only smeared and doxed Amy Mek; he also targeted her family, doxing her parents, brother, sister-in-law and husband. He repeatedly contacted Amy Mek’s husband’s employer and ultimately caused him to be fired, solely for his association with Amy.

O’Brien even targeted her brother’s restaurants and her father’s business. The attacks resulted in great damage to the careers of each of her family members, as well as threats (including swastikas mailed to their businesses) so serious as to require the hiring of security. 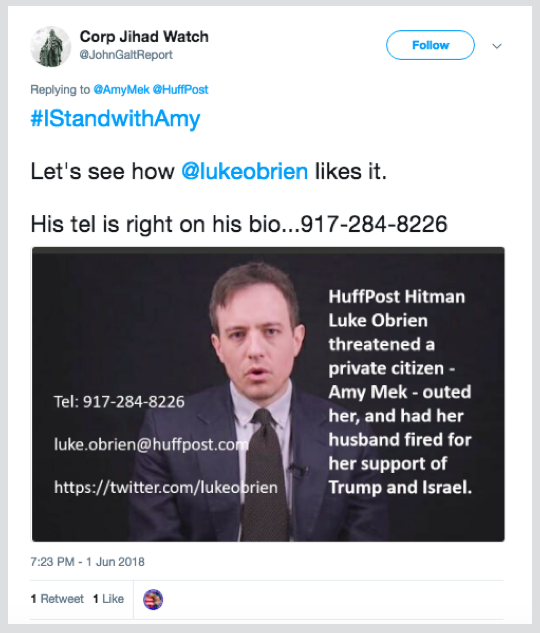 O’Brien’s article, she said, “used out of context tweets and materials and fabricated allegations. His only named source was a woman struggling with substance abuse issues, who tried to break into my family’s home. He used an intruder to attribute completely false and vile statements to me.

His article clearly indicated a premeditated intent to attack, not a journalistic article on me, or the issues that inspire me. I believe I was targeted because I am an influential Jewish supporter of President Trump, and because I speak out against Sharia, Islamic terrorism and the human rights violations taking place in the Islamic world, by virtue of Islamic doctrine. And there is also an all-out assault on anyone associated with me that continues to this day.” 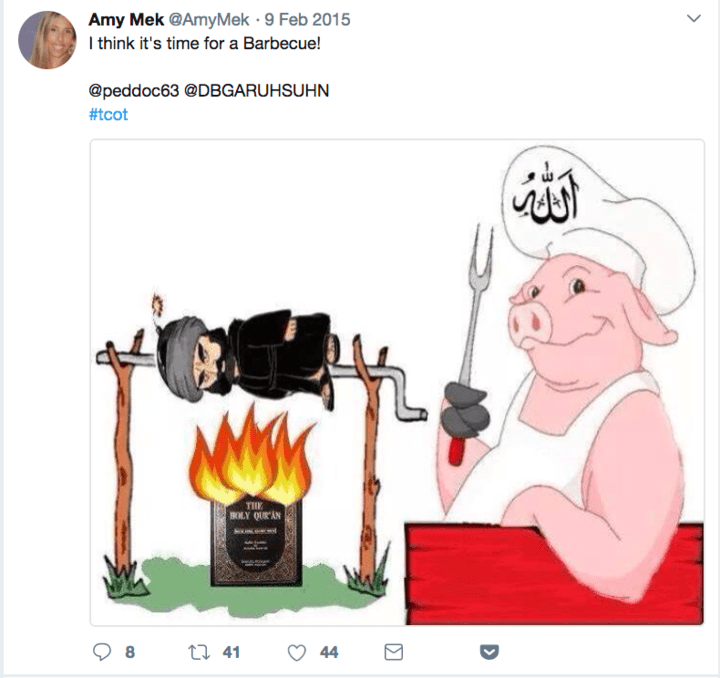 “The doxing of my family,” Amy states, “was hailed as ‘journalism’ in the establishment media. Importantly, this tactic was generally not called out by conservative media, which has undoubtedly emboldened hard-left organizations such as the Huffington Post to double down on unethical and even what one might call, weaponized reporting against private citizens.” 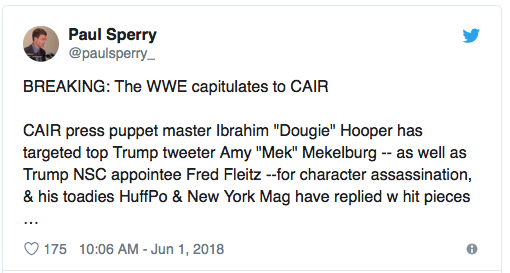 The average American is left abandoned in the midst of all this. It’s no wonder that so many people are afraid to speak out against the Left: the supposed conservative vanguard and leadership has lacked the spine to protect them. “This silence,” says Amy Mek, “has only emboldened the radical Left to more extreme attacks, as we have seen with Andy Ngo, who was physically assaulted by Antifa resulting in a traumatic brain injury.” 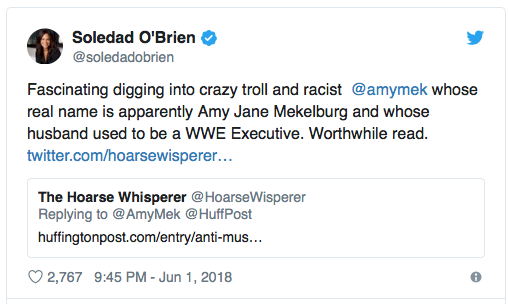 Despite the cost, Amy still speaks out. At a recent European Union Parliamentary conference on “Free Speech in the Age of Censorship,” Amy Mek spoke publicly for the first time about what she and her family endured because of O’Brien’s attack.. She also highlighted the historical parallels between the assaults on conservatives and the freedom of speech in Europe, and those that are currently being waged in the United States.

Amy Mek has also created an organization called RAIR Foundation USA (Rise, Align, Ignite, Reclaim, rairfoundation.com) uniting grassroots activists and them to stand together for the freedom of speech and individual rights, which are now so under such vicious attack from the slavering Leftist mob for which Luke O’Brien does his doxing. 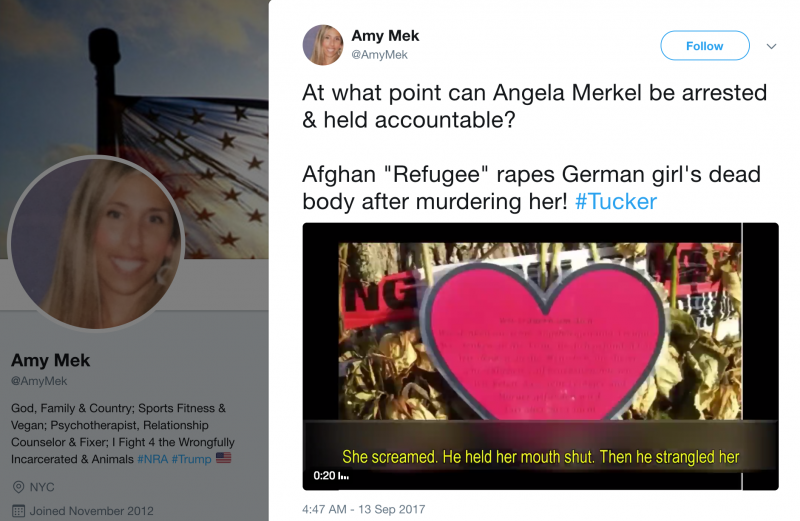 “My goal,” Amy says, “is to never allow this horror to happen to another family. All freedom-loving people need to be warned that the mainstream media has become radicalized and has devolved into doxing private citizens to push their narrative and agenda.” Indeed.

MUST SEE! Amy Mek’s speech on January 30, 2019 at the European Union Parliament in Brussels, Belgium. This speech was part of the Free Speech in the Age of Censorship Conference.