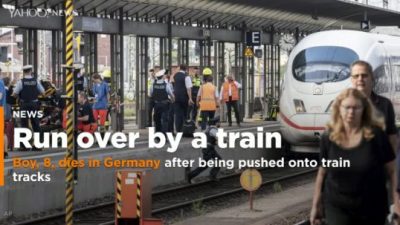 An 8-year-old boy was killed after being hit by a high speed train when a man of “African descent” from Eritrea pushed him and his mother onto the tracks this morning at Frankfurt’s main station. The mother was able to save her own life by rolling into the gap between the tracks, but lost hold of her son who was killed by the InterCity Express (ICE) train, which can travel at speeds up to 186mph.

NY Post The child died instantly, but his mother was able to roll into a space between the tracks and platform and survived, officials said. She was being treated for shock at the hospital, as were some onlookers, they said.

The suspect, identified as a 40-year-old Eritrean man, also tried to push another woman onto the tracks, “but she was able to defend herself,’’ a local police spokeswoman told the Guardian.

The African was chased and tackled by commuters, who held him for police. “Passengers witnessed the disaster and ran after the fleeing man. It was possible to arrest him while he was still in the station,” the police rep said. 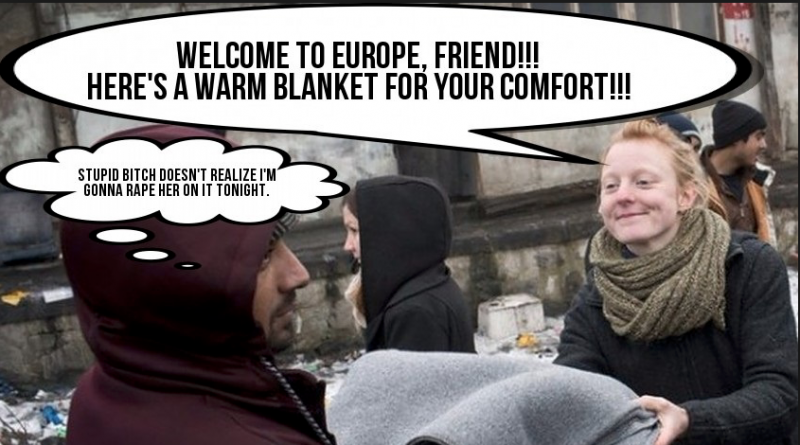 Authorities said they have yet to determine motive. The suspect isn’t talking, they said. Even officials were left stunned by the seemingly unprovoked attack — the second in less than two weeks in a German train station.

It comes just over a week after a woman was reportedly pushed in front of a train in the German town of  Voerde. The woman was instantly killed.