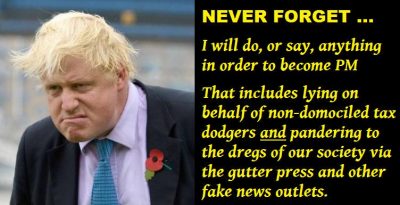 Britain’s new Prime Minister, Boris Johnson, has ditched a decade-long commitment to bringing down immigration to manageable levels and has now started talking about an amnesty for all illegal (mostly Muslim) migrants.

Breitbart  And while Brexit is without doubt the most important political issue of our generation, the long-overlooked task of finally fixing the United Kingdom’s broken immigration system remains a high priority for voters.

Yet Boris’s plan is akin to Angela Merkel throwing the doors of Europe open in that mad summer of 2015, naturally without consulting with the people of Europe if they wanted a few million new Muslim neighbours, in its arrogance and misjudgement.

The Prime Minister signalling to people-smugglers and illegal migrants that their crimes will be overlooked if they can remain undetected long enough is nothing short of an open invitation for more illegals to come and try their luck.

Gee, I wonder if Johnson’s Turkish roots have anything to do with his desire to bring millions more Muslims into the UK?

How many people could such an amnesty mean giving papers to? Newspapers like The Sun bandied figures like 500,000 around in the wake of Johnson’s comments, but this seems optimistically low for the amount of new British citizens or regularised residents the Prime Minister might wave into existence with the stroke of a pen. As Breitbart London’s flashback on Johnson’s past form on calling for illegal amnesties points out, Boris was putting the figure at 400,000 ten years ago for greater London alone when calling for amnesty as Mayor. 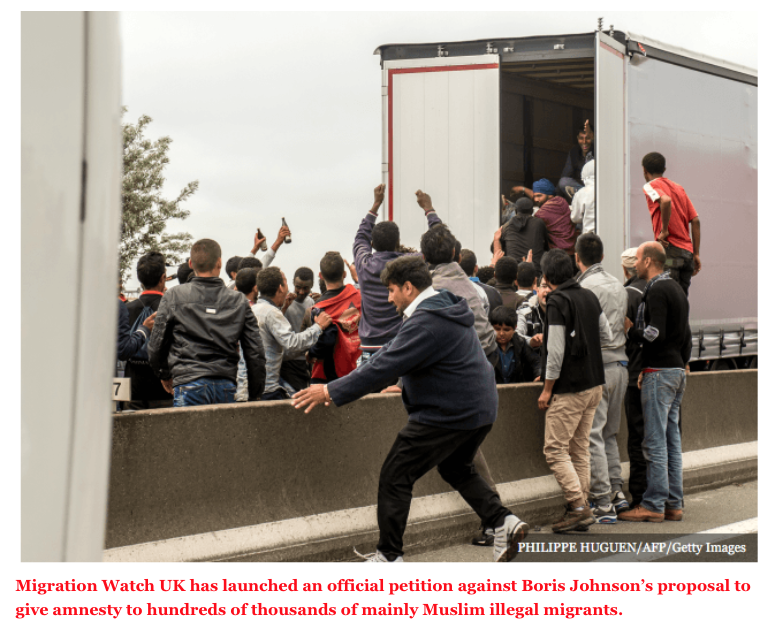 A decade of porous borders to London and the rest of the nation suggests the true figure is much higher, and the experts agree. Former Home Office immigration enforcement boss David Wood put the figure at 1.2 million in 2017, and claimed the true levels of migration to the United Kingdom were kept secret to save the government embarrassment. New arrivals of illegals is estimated to run at 150,000 a year, every year.

As Mayor of London, Boris Johnson, visited the East London Mosque and called for greater tolerance and understanding of Muslim communities.

Likely replacement for Theresa May as Prime Minister, Boris Johnson slams Donald Trump for stating that there are Muslim ‘NO-GO Zones’ in London