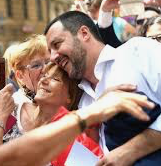 Not only is Interior Minister/Deputy PM Mateo Salvini saving his people from the EU globalist-sponsored mass Muslim illegal migrant invasion, he is a man of the people, not your usual politician. Watch DJ Salvini rock, shirtless, dancing, singing, and living it up at a beach party surrounded by regular folks who obviously adore him. 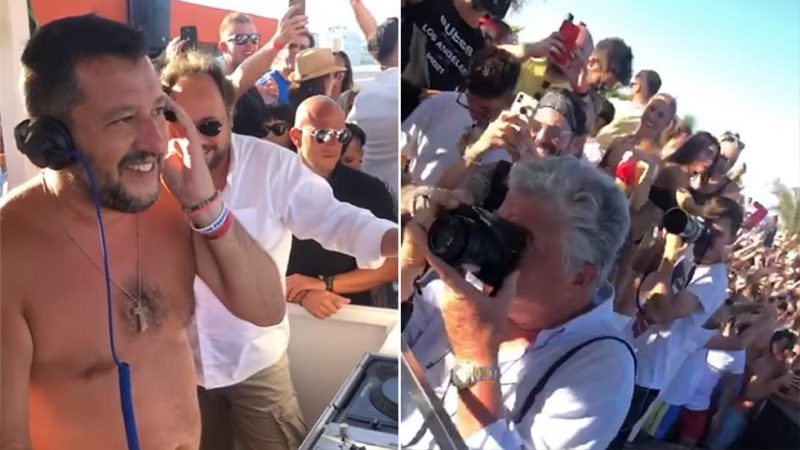 Salvini, who doubles as Italy’s interior minister, can be seen manning the mixers during a music festival at Papeete Beach in the Italian resort town of Milano Marittima, near Ravenna. Video footage of the hedonistic celebration emerged over the weekend. 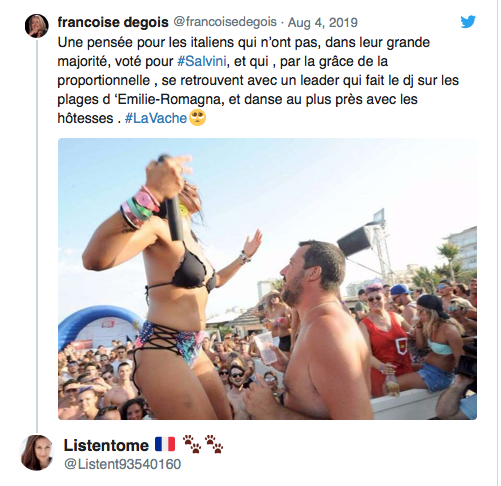 The spectacle drew mixed reactions on social media, with some commending the minister’s fun-loving spirit, while others cringed in embarrassment.

“We like to celebrate, for every occasion we do it, and we have never posed any problem,”said one Italian commenter on Facebook. “Certainly he is a minister, vice premier, but remember that our representatives in the institutions reflect the people. They do not ‘shine’ with their own light.” 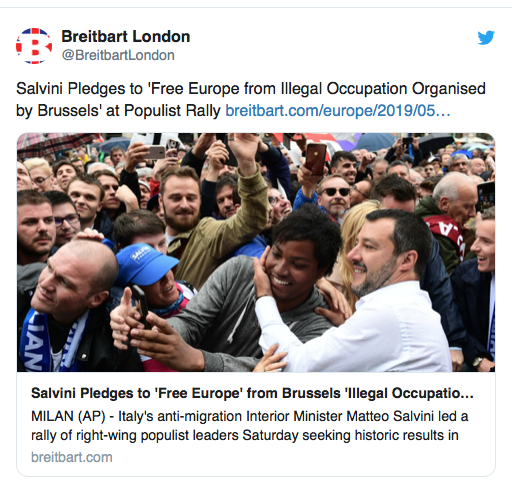 “Perhaps a Salvini is better, not having to be protected by a pack of bodyguards, rather than a jester unable to walk alone in the street, if it has not been closed to the public,” another person responded, referring to other world leaders. 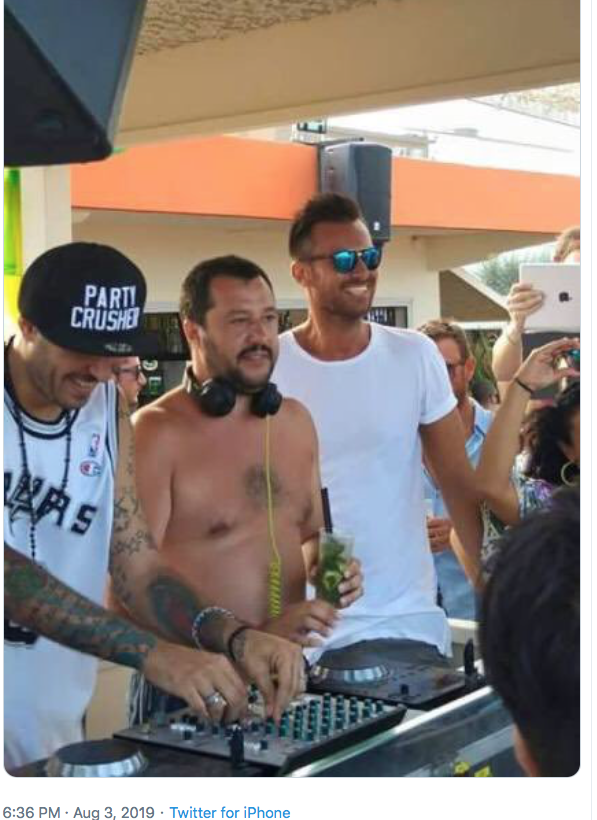 One disapproving French journalist sought to lecture Italians for their poor choice in ministers, but was soon met with a spate of replies about French President Emmanuel Macron, and his own collection of awkward or embarrassing moments.

Salvini, who heads up Italy’s right-leaning Lega Nord Party, is no stranger to controversy. He routinely spars with critics over Italy’s immigration policy and the influence of Brussels on Rome. 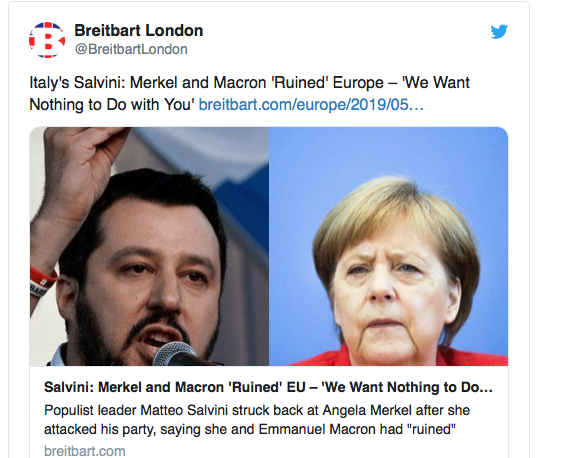 This is apparently the second time Salvini donned the headphones and took on DJ duties at Papeete Beach. Another clip shows him at the same venue in 2016, nearly two years before he became deputy PM.

Voice of Europe (h/t Maurice) The skippers of NGO vessels who rescue asylum seekers in the Mediterranean and try to bring them to an Italian port will face fines of up to €1 million. They will also be arrested and their vessels impounded.

The passing of the bill further bolsters the strong position of the deputy prime minister, who has made combating migration from North Africa one of his main priorities since coming to power last summer. The government won the vote by 160 to 57.

In June, the German vessel Sea Watch 3, captained by Carola Rackete, was seized when it entered the port of Lampedusa without permission. Rackete was arrested and later freed from house arrest, prompting Salvini to denounce the judge who issued the ruling. 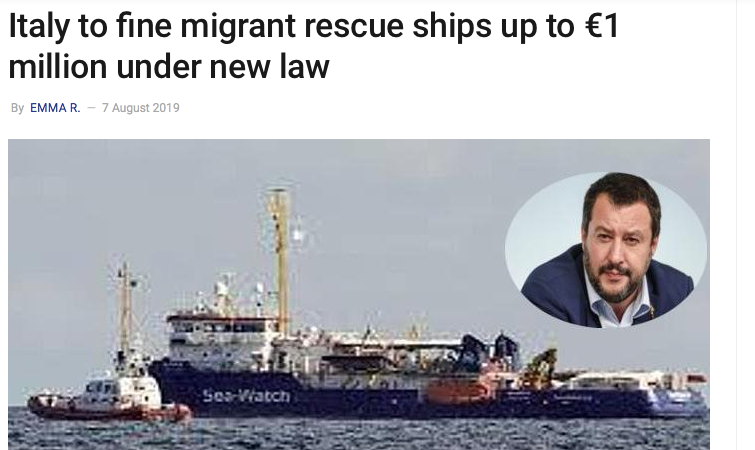