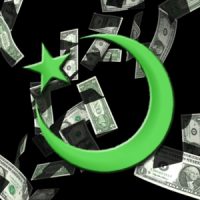 Designated terrrorist group CAIR and the Tariq Law Firm today announced the filing of a federal discrimination lawsuit in a ‘Banking while Muslim’ complaint charging Citibank with discrimination for closing the credit card and bank accounts of a Bangladeshi Muslim woman who wore an Islamic fundamentalist head covering.

NY Daily News According to the lawsuit, Citibank closed Mohammed Ahmed’s, an American-Muslim of Bangladeshi descent, bank accounts around March 4, 2019, without providing any reasons for the closure. The following week, Citibank closed Ahmed’s credit card accounts.  When Ahmed requested an explanation for the closures, Citibank refused to provide one. (Banks are not required to provide justification for their decisions)

Last month, CAIR-NY filed a discrimination complaint against Citibank for refusing to open a savings account once Citibank learned of the beneficiary’s Arabic name. 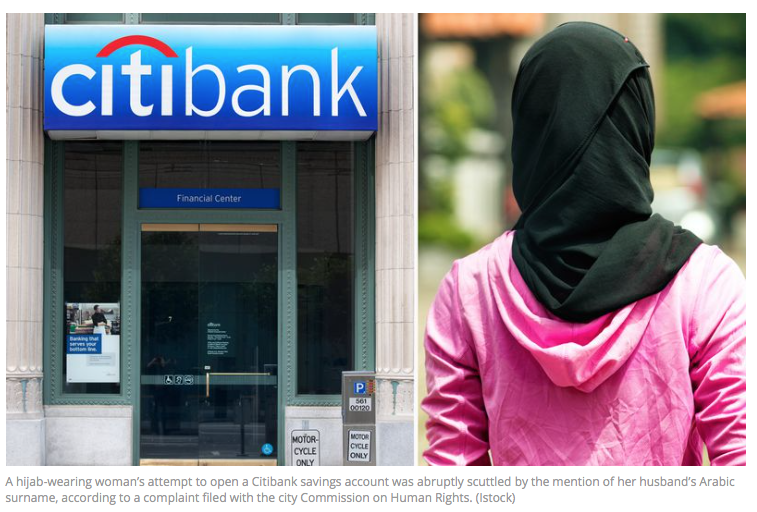 A hijab-wearing woman’s attempt to open a Citibank savings account was abruptly scuttled by the mention of her husband’s Arabic surname, according to a complaint filed with the city Commission on Human Rights.

The five-page filing Tuesday by the unidentified woman detailed her disturbing July 3 visit to a Manhattan bank branch, where she was rebuffed without explanation while trying to deposit $3,800 in a new account, the complaint alleged.

“’Banking while Muslim’ is not a crime, yet financial institutions are singling out American Muslims for discriminatory treatment,” said Council on American-Islamic Relations (CAIR) litigation director Ahmed Mohamed. “Citibank must respect the civil rights and liberties of Muslim New Yorkers and immediately amend its policies.”

The complaint charged that things took an uncomfortable turn once the woman designated her spouse as the beneficiary of her account, with the customer service representative entering his Arabic last name into a computer.

“He informed her that respondent Citibank needs 3 to 4 days to investigate her husband before opening her account,” the complaint charged. “When complainant asked why an investigation into her husband was necessary, respondent refused to answer the question.” 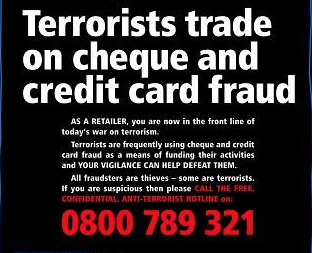 The angry woman left the Citibank branch about 30 minutes after arriving without opening her account. “Complainant was offended, humiliated and embarrassed because of the treatment directed at her by (Citibank),” the complaint continued.

According to CAIR’s Mohamed, his group has documented a pattern of banking discrimination targeting Muslims and people of Arab descent.

The woman sought unspecified damages for “humiliation, embarrassment and emotional distress,” along with punitive damages to prevent “future reprehensible contact.”