Not only is this warning insulting to black people, it ignores the people to whom the warning should be directed: young Muslim migrants, the main group behind the recent surge in knife crime, but rarely mentioned by the fake news media. 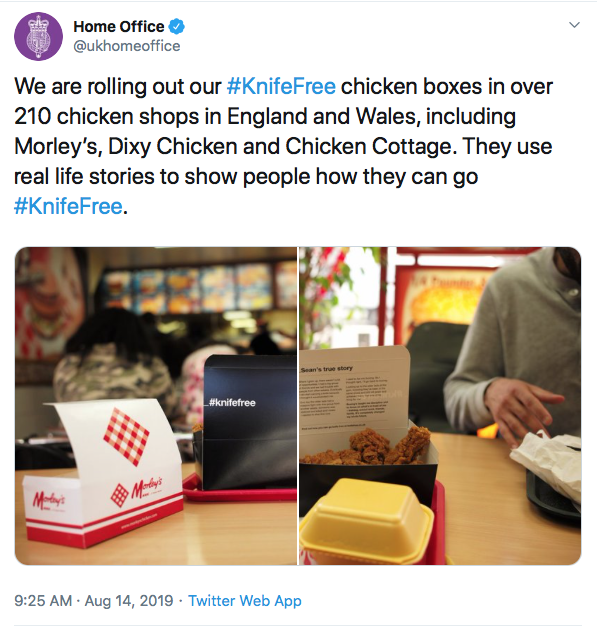 Daily Wire “Special chicken boxes warning about the dangers of carrying a knife are to be distributed to takeaways across England and Wales by the government,” reports Sky News. “More than 320,000 of them — featuring the Home Office #knifefree campaign — will replace the standard packaging in 210 outlets.”

The #Knifefree campaign has largely prompted mockery on social media, with even some government figures denouncing it. Shadow home secretary Diane Abbott called it a “crude, offensive and probably expensive campaign.” 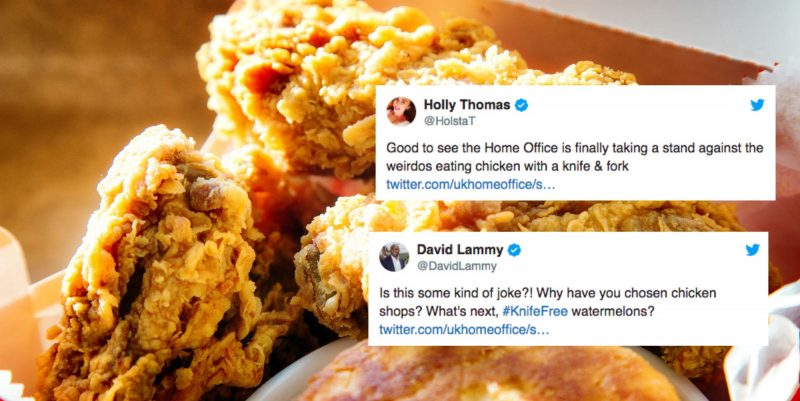 “Honest to god if the best idea you have to tackle knife crime is to write stuff on fried chicken you should quit power forever in embarrassment, not tweet it out proudly like you’ve just solved world hunger you ridiculous sack of used d****,” said one Twitter user.

Britain has increasingly sought to curtail violent knife crime throughout the country. In London, for instance, Mayor Sadiq Khan had to implement “knife control” measures to combat the rise in crime rates. 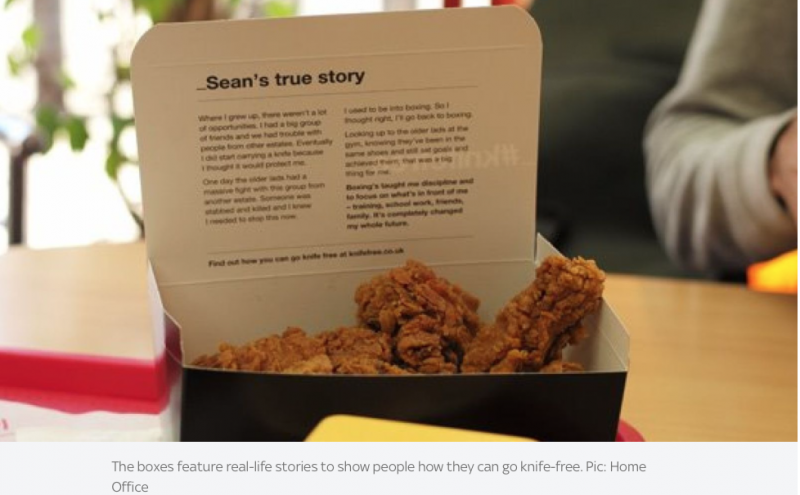 “An epidemic of (Muslim) stabbings and acid attacks in London has gotten so bad that London mayor Sadiq Khan is announcing broad new ‘knife control’ policies designed to keep these weapons of war out of the hands of Londoners looking to cause others harm,” reported The Daily Wire’s Emily Zanotti in April of last year.

“The ‘tough, immediate’ measures involve an incredible police crackdown, a ban on home deliveries of knives and acid, and expanding law enforcement stop-and-search powers so that police may stop anyone they believe to be a threat, or planning a knife or acid attack.”