‘We won’t allow those who deny our right to exist in this world enter Israel,’ Tzipi Hotovely says, after Donald Trump allegedly urged Jerusalem to impose entry ban. 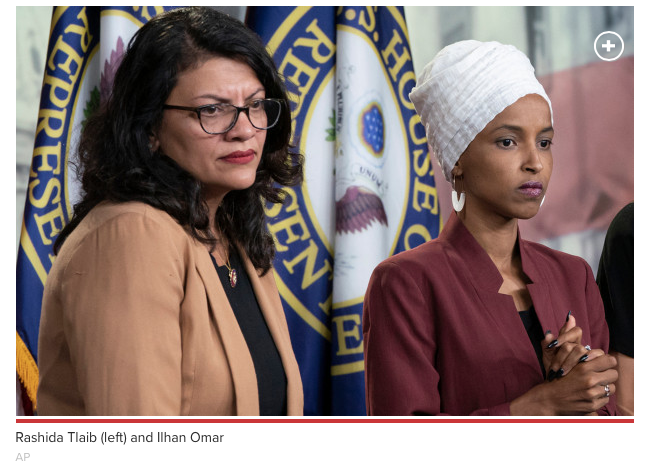 NY Post  The reason cited for their ban is reportedly “suspected provocations and promotion of BDS,” a reference to the anti-Israel boycott movement, according to the Times of Israel, which cited a report by local Channel 12. Interior Minister Aryeh Deri made the decision to bar the US lawmakers from entering the country on Friday, according to the report.

The freshman lawmakers — the first two Muslim women elected to Congress and two of Israel’s sharpest critics — have voiced support for terror group Hamas and the pro-Palestinian Boycott, Divestment, Sanctions movement against the Jewish state.

Omar (D-Minn.) and Tlaib (D-Mich.) planned to tour the flashpoint site of the Temple Mount in the Old City of Jerusalem, as well as the West Bank, according to Channel 13. Their trip was planned by Miftah, a nonprofit organization led by Palestinian lawmaker and veteran peace negotiator Hanan Ashrawi, according to the Washington Post.

An official told the newspaper earlier that if Tlaib, who is of Palestinian heritage, made a special humanitarian request to visit her family in the West Bank, it “would be considered.”

Presidential candidate Elizabeth warren has threatened to end the so-called “Israeli occupation” of Judea & Samaria if she becomes president.