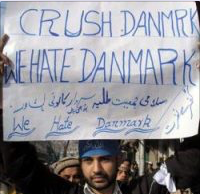 People from Muslim countries should not be allowed to obtain Danish citizenship, according to Mette Thiesen from The New Right party (Nye Borgerlige). Muslim migrants refuse to assimilate, are over-represented in crime/rape statistics and contribute virtually nothing of value to the Danish economy. The anti-Muslim immigration party received several mandates in the Folketing in the Danish parliamentary elections earlier this year. 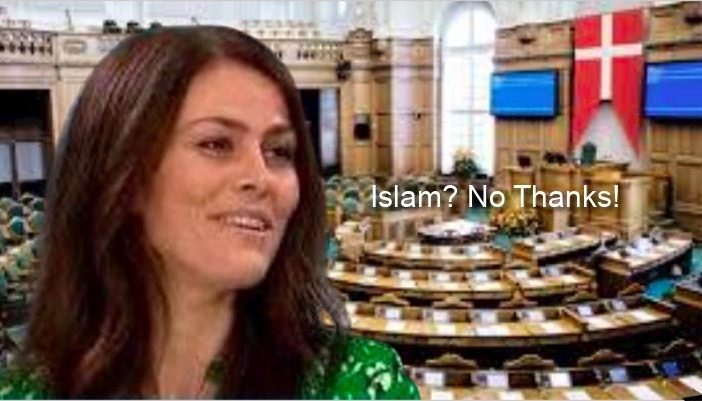 Voice of Europe (h/t Maurice)   2.4 percent of the votes resulted in four seats in parliament, and one of those belongs to 38-year-old Mette Thiesen.

“A Danish citizenship is an amazing gift. We must take care of this gift and not throw it away. Of course, Danish citizenships should not be given to immigrants and descendants from countries with residents that we know commit crimes more often than Danes when they come here”, she continues.

In an interview with Berlingske, she says that no exceptions should be made. Nor should Christians who are not expected to be able to adapt to Danish customs be granted citizenship. The New Right argues that people who come from countries characterized by “Islamic culture” are over-represented in crime statistics.

We will exclusively grant citizenship to those we believe will benefit Denmark, who will embrace Danish values ​​and who do not commit crimes, Mette Thiesen told the national daily newspaper.

According to the Danish politician, a person, regardless of religious affiliation, should not be able to obtain Danish citizenship if he or she comes from any of the following countries: Iraq, Afghanistan, Iran, Morocco, Pakistan, Somalia, Lebanon, Syria and Turkey.

The proposal may sound radical but at the same time, the opposite is not unique in any way. A number of Muslim countries, such as Dubai, Kuwait and Qatar do not grant citizenship to non-Muslims.

A conservative party in Denmark is under fire after giving unwelcome “strangers” and “foreigners” flyers which resemble one-way flight tickets out of the country.