Wanna bet she incited the alleged bullying by throwing her so-called ‘religion’ in the faces of other students  by wearing oppressive Islamic attire and daring anyone to comment on it? 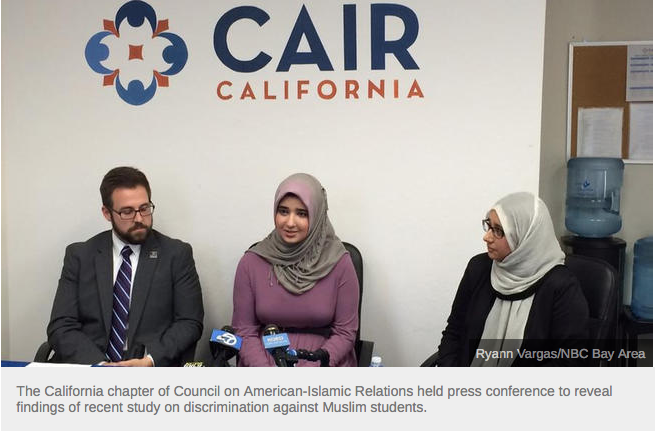 Further, CAIR-LA  also criticized the California Department of Education’s failure to recognize Malak Hijaz, a student during the 2018-19 school year at Calle Mayor Middle School, as a victim of discriminatory harassment and bullying, despite evidence of frequent verbal assaults by schoolmates based on her ethnicity and religion.

Despite concluding that Malak was the subject of behavior “that could have a negative impact on her,” the CDE excused the actions by saying that she engaged in an exchange of offensive behavior. (Ah yes, the other side of the story that CAIR doesn’t want you to hear) 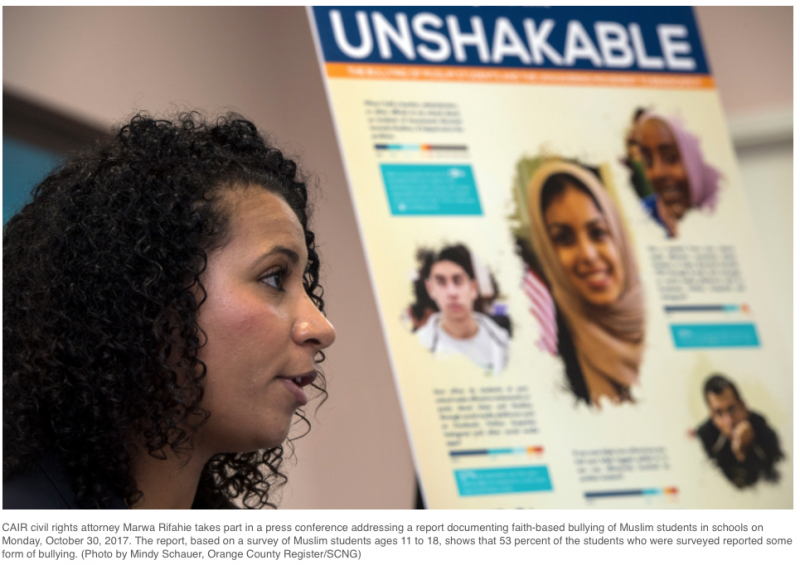 “This is a hugely disappointing decision which fails to take into account the higher rates of bullying and harassment Muslim students face,” CAIR-LA Civil Rights Attorney Patricia Shnell said. “It is very disheartening to see Muslim students left to defend themselves in schools where hostile, Islamophobic environments have been allowed to fester. This case is particularly upsetting because here even the CDE failed to acknowledge the power dynamics involved in discriminatory bullying.”

Malak was often accused by classmates of being a “terrorist,” blamed for the 9/11 tragedy, had ticking noises made at her, subjected to offensive gestures in class and called vulgar names but school officials did little to discourage the attacks. With the administration failing to step in, her schoolmates increased the verbal harassment, which she was subjected to in multiple classes and throughout campus.(Obviously, the Muslim girl brought it upon herself) 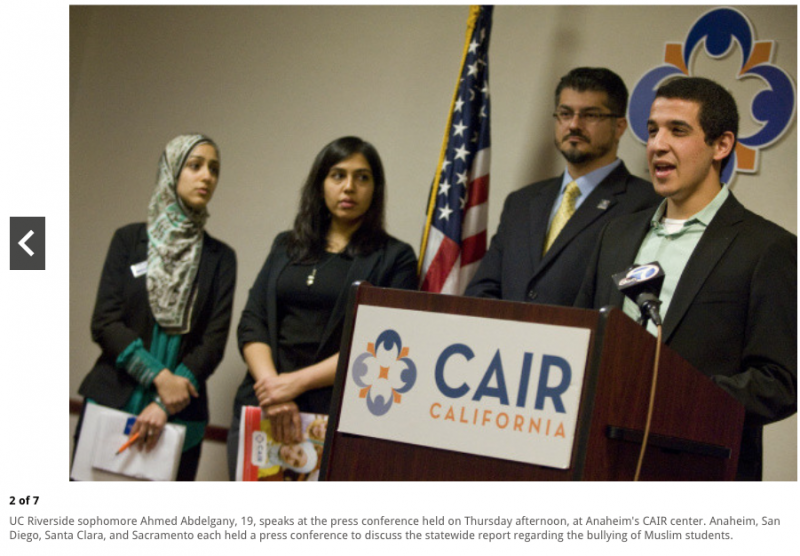 The alleged attacks began to seriously impact Malak’s behavior. She became severely depressed and withdrawn. Sometimes, she ate lunch in a restroom to avoid her tormentors. Despite being made aware of the situation by the Hijaz family and CAIR-LA, the school failed to remedy the situation or stop the bullying.

“I cried on the phone emphasizing to the (vice principal) that Malak thought of committing suicide and he did not take it seriously,” said the girl’s mother,Samira Hijaz. 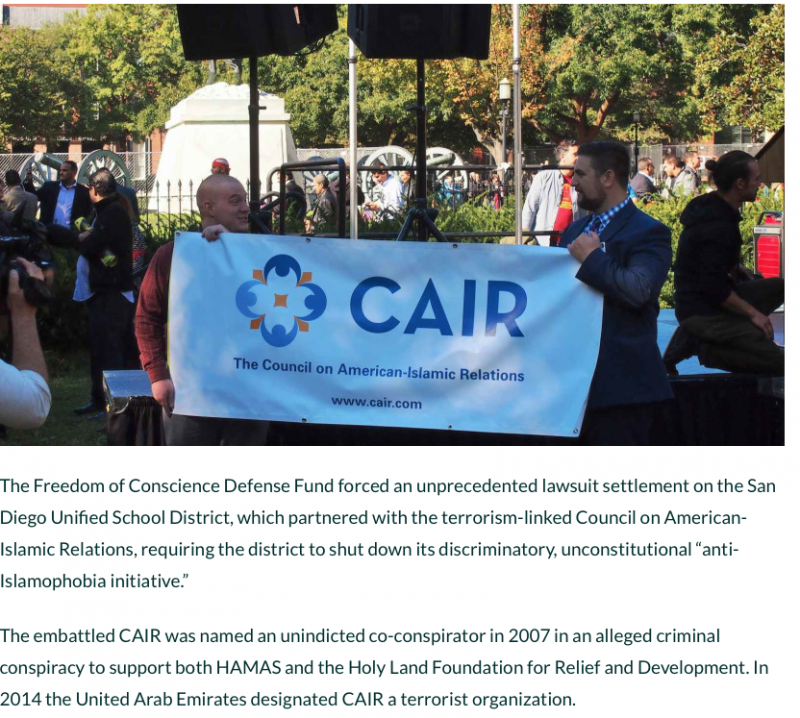 Initially, the school district said no discrimination or bullying occurred despite witnesses to the contrary. Upon appeal by CAIR-LA, the CDE ruled the district’s first report was insufficient, ordering the district to conduct additional follow-up. CAIR-LA also appealed the district’s second report, on the basis that it sought to blame Malak as a perpetrator of bullying, even though she was often verbally attacked by groups of students at once.

The CDE denied the second appeal, however, saying the incidents were “sufficiently investigated and responded to the appeal.”

In addition, CAIR’s report showed a significant increase in bullying and discrimination by teachers, administrators and other school officials from 20 percent in 2014 to 38 percent in 2016. (So, take her back to the Islamic hellhole you crawled out of. Problem solved)