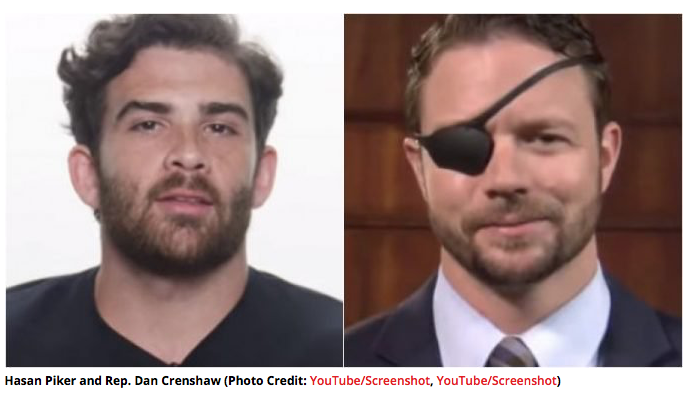 Breitbart “America deserved 9/11, dude. Fuck it I’m saying it,” Piker said during an expletive-laced tirade he broadcast live on the internet. Piker later doubled down on blaming America for 9/11, a terrorist attack that killed nearly 3,000 in New York, Pennsylvania, and at the Pentagon.

The apple doesn’t fall far from the tree. Despite “claiming to have left Islam a long time ago,” Uncle Cenk, never misses an opportunity to slam non-Muslim critics of Islam. 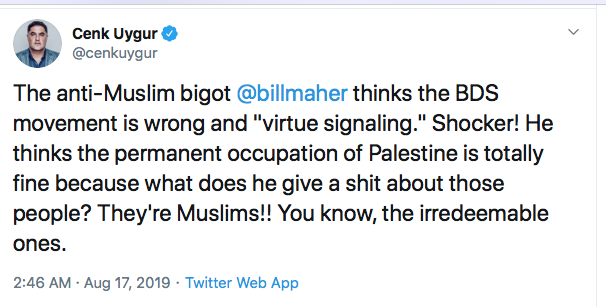 Piker’s comments came while he was bashing Rep. Dan Crenshaw (R-TX), who appeared a day before on the Joe Rogan show. Crenshaw, a former Navy SEAL who has deployed five times to Iraq and Afghanistan, lost his right eye from an improvised explosive device (IED) explosion during his third deployment to Afghanistan in 2012.

Piker, while watching a clip of Crenshaw’s appearance, ranted, “This guy has the understanding of foreign policy of, like, a 12-year-old. What the f-ck. What the f-ck is wrong with this dude?”

“Didn’t he go to war and like literally lose his eye because some mujahideen — a brave f-cking soldier — f-cked his eye hole with their d-ck?” Piker added. “Isn’t that how he f-cking lost his dumbass eye, because he got his f-cking eye hole f-cked, by a brave soldier?”

Piker also mocked Crenshaw on Twitter, saying, “Dan Crenshaw is crying on a comedian’s podcast about how not offended he was about a joke made against him almost an entire year ago. right wing victim hood is a brain disease.”

Piker said during his rant: 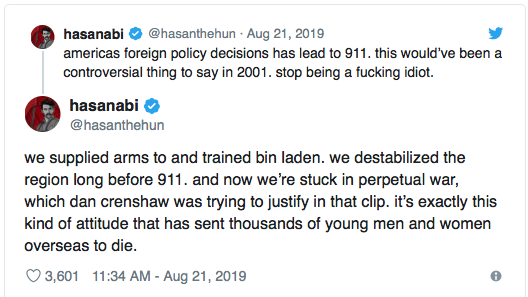 We never supplied arms to Bin Laden. We helped the mujahedeen in the 1980s while Russia attempted an invasion. Bin Laden was not a big player back then. Piker also has a lot in common with Rep. Ilhan Omar. He and his cohorts over at The Young Turks have identical viewpoints about the Middle East and Israel.

On Election Night in 2016, The Young Turks were streaming live on YouTube and videos of their collective meltdown have gone viral with Trump supporters. There is a really good chance they will be having another meltdown in 2020.