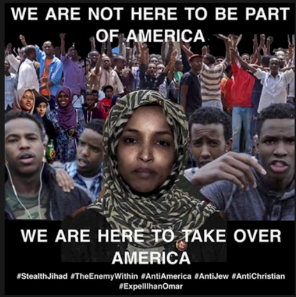 Rep. Ilhan Omar (D-MN), facing potential charges of immigration, marriage, and citizenship fraud herself, has the chutzpah to tell a Minneapolis audience that “we have to bring in the United Nations High Commissioner on Refugees – an agency that has the expertise and the training to handle massive flows of  illegal alien invaders humanely.”

FOX News Omar says, “We are treating people like criminals when they have not committed a crime,” she said. (Except crossing the border illegally IS a crime) 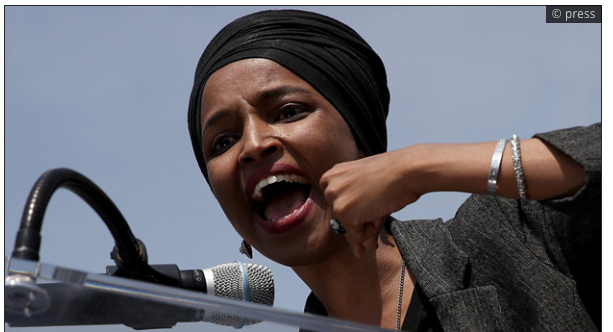 “It doesn’t make any sense for us to be committing these kinds of human rights violations, to have these policies in the way we interact with migrants and asylum seekers if we want to continue to be the kind of country that condemns countries in Africa, in Asia or Latin American countries for its treatment of refugees and asylum seekers,” she said.

Omar, who came to the U.S. as a refugee from Somalia, has advocated for a number of those extreme proposals. In May, she criticized Trump’s immigration plan and laid out a list of counter-proposals that would curb enforcement and grant amnesty to illegal immigrants already in the country. 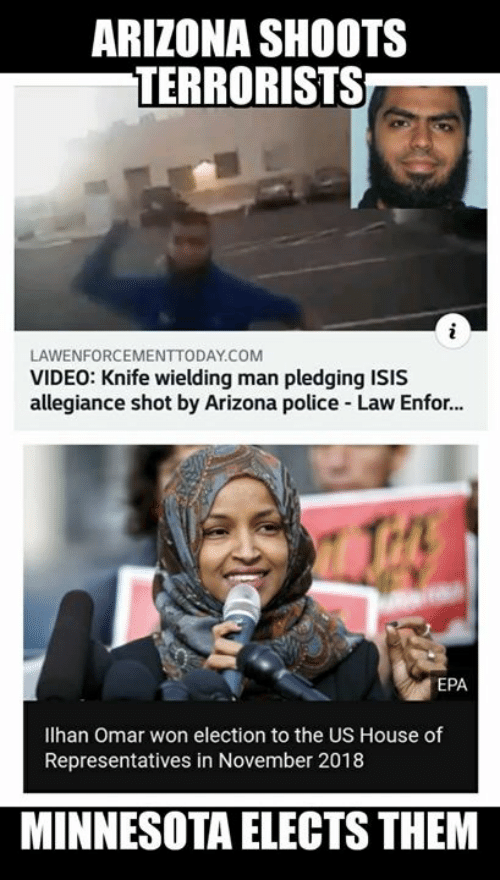 “We need to abolish ICE, the Department of Homeland Security, and end all inhumane deportation and detention programs. We need to fight back against the criminalization of immigrants and those crossing the border,” she said. “We need to create a fair and accessible path to legal status and citizenship for all undocumented people in the United States.”

In response to the migration crisis, which has seen hundreds of thousands of illegal aliens flooding to the border in recent months, the Trump administration has set out to tighten immigration law and increase enforcement at the border — including closing loopholes in the law, and building new barriers at the border in places such as Arizona and Texas.