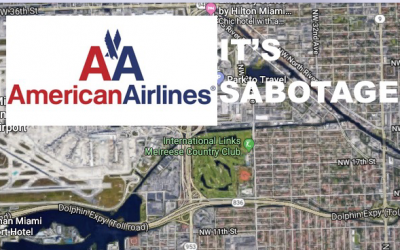 The logical first question should be is why is someone named “Abdul-Majeed Marouf Ahmed Alani” allowed to work around airplanes in the U.S. in the first place? He is charged with willfully damaging, destroying or disabling an aircraft and could face up to 20 years in prison if convicted.

Miami Herald An American Airlines mechanic was arrested Thursday on a sabotage charge accusing him of disabling a navigation system on a flight with 150 people aboard before it was scheduled to take off from Miami International Airport earlier this summer.

The equipment, which is housed in a compartment beneath the cockpit and near the nose landing gear, keeps track of an aircraft’s speed and pitch as well as other critical flight data. As the Boeing 737-800 was approaching the departure runway and powering up its engines, the crew got an error message and aborted the takeoff, the authorities said.

As a result, flight No. 2834 was aborted and taken out of service for routine maintenance at America’s hangar at MIA, which is when the tampering with the ADM system was discovered during an inspection. An AA mechanic found a loosely connected tube in front of the nose gear underneath the cockpit that had been deliberately obstructed with some sort of hard foam material.

Alani is charged with “willfully damaging, destroying or disabling an aircraft” and is expected to have his first appearance in Miami federal court on Friday.

According to the complaint filed Thursday, Alani glued the foam inside the tube leading from outside the plane to its air data module, a system that reports aircraft speed, pitch and other critical flight data. As a result, if the plane had taken off that day from MIA, the pilots would have had to operate the aircraft manually because the ADM system would not have received any computer data.

Federal air marshals zeroed in on Alani, a longtime American Airlines mechanic, after reviewing video footage that captured him exiting a white truck on the morning of July 17 at concourse D and approaching the plane, which had just arrived from Orlando, the affidavit says. The footage showed Alani, who walks with a limp, accessing the aircraft’s compartment where the navigational system was located in the plane, according to the affidavit, which was filed by the U.S. Attorney’s Office. 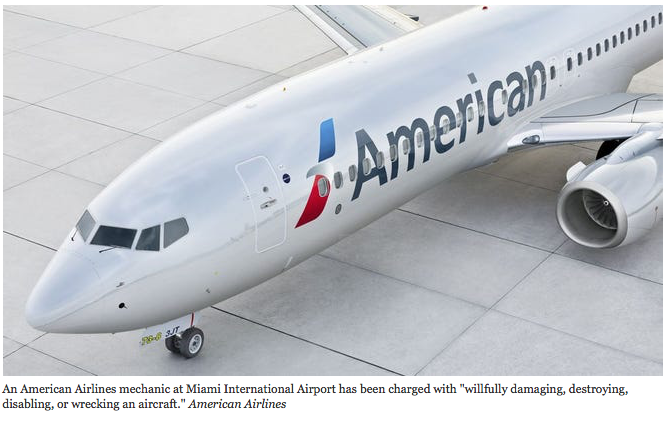 The air marshals, part of the Transportation Security Administration, also conducted interviews with three other AA mechanics who were with Alani after he tampered with the plane. They helped investigators identify him from the video footage