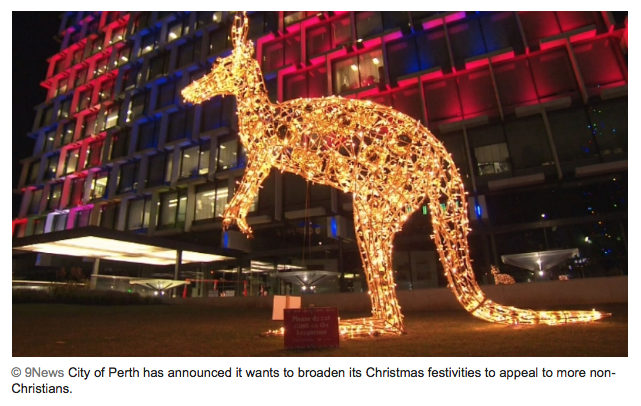 Daily Mail A document titled “Cultural Development Plan” includes a promise to deliver “a Christmas\New Year-season experience that is representative and inclusive of Perth’s multi-cultural community”.

The document quotes the percentages of Christian and non-Christian ratepayers. 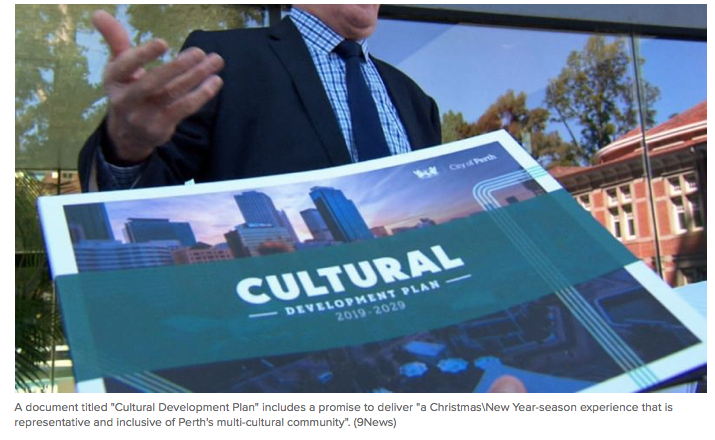 Chief Commissioner Andrew Hammond said the council’s current holiday-season celebrations did not acknowledge or create a sense of belonging for non-Christians.

‘While Christianity is an important part of Perth’s cultural identity (46 per cent of Greater Perth demographic), the City of Perth’s current holiday-season celebrations, which include a nativity scene at Council House, do not fully acknowledge or create a sense of belonging for the remaining 54 per cent, including 32 per cent who have no religion at all,’ the plan states.

Residents have taken to social media to express their outrage over the idea, with many claiming the council is going too far.