Thankfully, an archived version still exists. Canada should say goodbye to diversity, tolerance and inclusion to rebuild trust in one another and start accepting a new norm for immigration policy — compatibility, cohesion and social trust, says professor Mark Hecht. 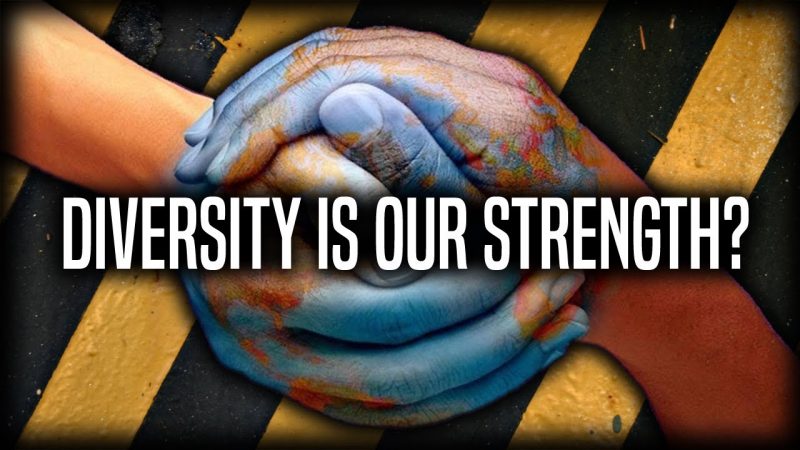 Archive (h/t Marvin W) Sometimes they get too much publicity, but can you blame them? The Danes just seem to get things right. But even the Danes can make mistakes. A decade ago the fundamental belief among Danes toward Muslim immigrants was that these newcomers would see how wonderful Denmark was and naturally want to become Danish as quickly as possible.

This turned out to be naively wrong. At least half of all Muslims polled across various western European countries believe today that their Shariah law is more important than national law, according to the Gatestone Institute. In other words, a not insignificant proportion of Muslim immigrants have no intention of assimilating into any western society, including Denmark.

Danes have pushed back.

Losing the integrity of their society — one of the best in the world by all measures — was on the line. Requirements to obtain citizenship increased. A new insistence that immigrant children go to Danish public schools instead of religious schools was implemented. Social benefits were rescinded for those who didn’t comply. This was only the beginning. But the Danes are not alone.

Many western nations assumed that increasing ethnic and cultural diversity through immigration would be beneficial. The dogma of diversity, tolerance and inclusion assumed that all members of the society wanted to be included as equal citizens. Yet, instead of diversity being a blessing, many found that they’ve ended up with a lot of arrogant people living in their countries with no intention of letting go of their previous cultures, animosities, preferences, and pretensions. 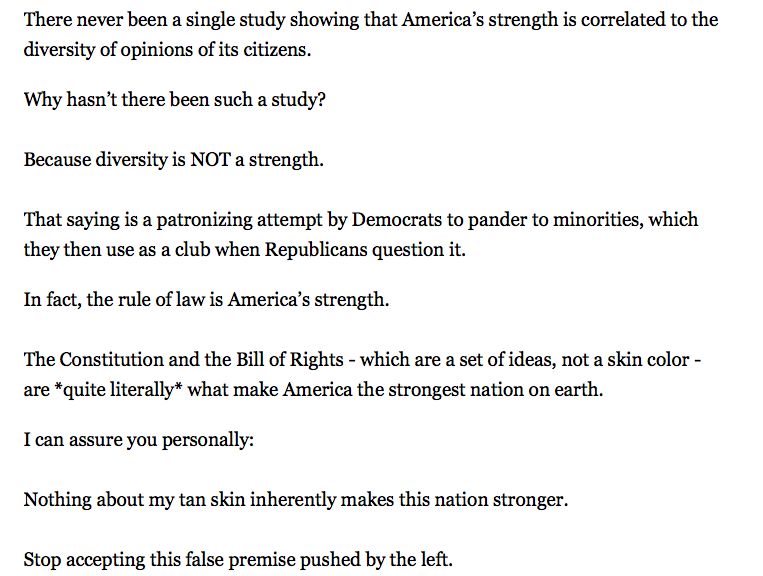 Let’s give the devil his due. Diversity, tolerance and inclusion was actually a commendable perspective. It assumed the dominant society was leaving people out of full participation. It was a valid critique. In response to inequalities, real or otherwise, measures were taken that would include everyone.

Affirmative action, political correctness and anti-bias training became the tools for inculcating tolerance and inclusion. Helpful? Somewhat. Yet, the most important question was overlooked: What if some did not actually want to be included?

Denmark recognized this problem long ago, and is now finding practical solutions. It knows what it was — a country that worked very well when it was homogeneous, where everyone wanted to be and was a part of the society. They spoke the same language, understood the same customs and traditions, and held the same beliefs. The result was that people trusted each other and the economy flourished.

In fact, social trust corresponds more closely than any other factor to predicting economic prosperity. Harvard economists Alberto Alesina and co-authors from a paper titled, Fractionalization, argued that greater diversity leads to stunted economic growth. In other words, diversity is a weakness as far as the economy is concerned. 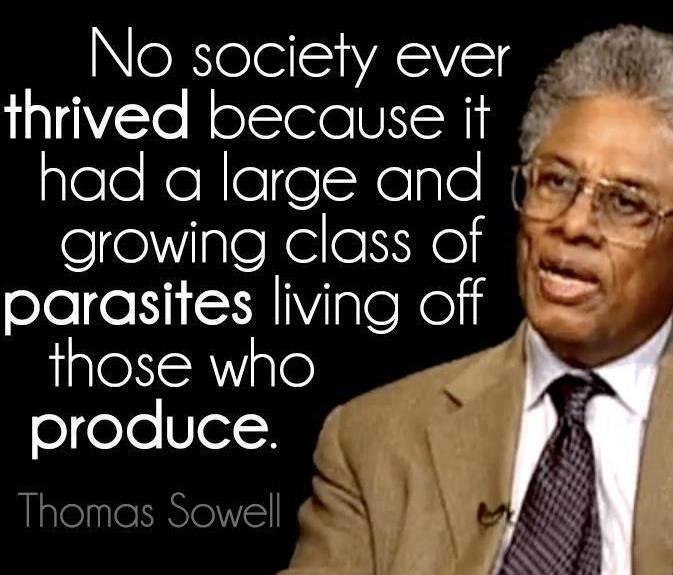 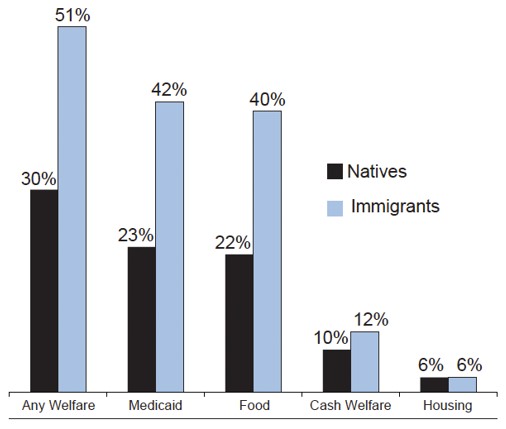 In 1981 The World Values Survey began an investigation into cross-cultural beliefs, values and motivations, and has since shown that societies with high social trust are not only more economically productive but also happier. The most successful are homogeneous countries, not the diverse ones.

Denmark and the rest of Scandinavia is always at the top of those rankings. They, shine a beacon on the fact that trust is what makes society great. Interestingly, Scandinavian countries are becoming even more trusting. Canada, Great Britain, the U.S. and Australia are all going in the opposite direction. In Canada, we are becoming less trusting of one other.

If a society wants high social trust and the benefits of stability, productivity, and happiness, there are apparently two factors that stand out. According to macrosociology researcher Jan Delhey at Otto von Geuricke University in Magdeburg, Germany — Protestantism and low ethnic diversity — are the top two criteria. 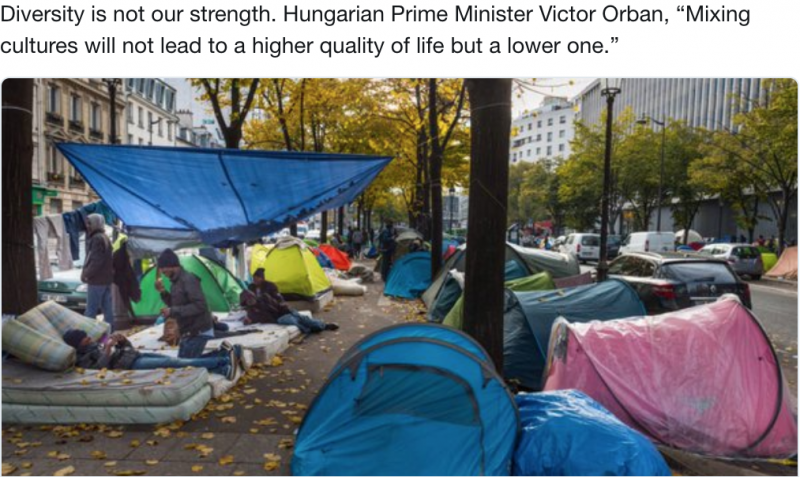 Setting aside the part about Protestantism, low ethnic diversity as a single factor fits Denmark, Japan and Hungary quite well. Social trust is, unsurprisingly, relatively high in all. But not all those countries are Protestant. There are other factors at work.

So is it possible for a country to have diversity and social trust at the same time? Studies by researchers Hooghe, Reeskens and Stolle in a 2008 paper indicate that ethnic diversity in and of itself is not inherently destabilizing, at a national level. A country can indeed have multiple ethnicities and still have high social trust. But there is a catch.

It is at the neighbourhood scale where high ethnic diversity erodes trust, according to researchers Peter Thisted Dinesson and Kim Mannemar Sønderskov from 2015. The more direct the interaction with diversity, the more social trust drops. This accounts for why people segregate themselves into ethnic enclaves. People like to be around others who are the same as them. Those overwhelmed by newcomers that are not like themselves, lose trust and soon move out. 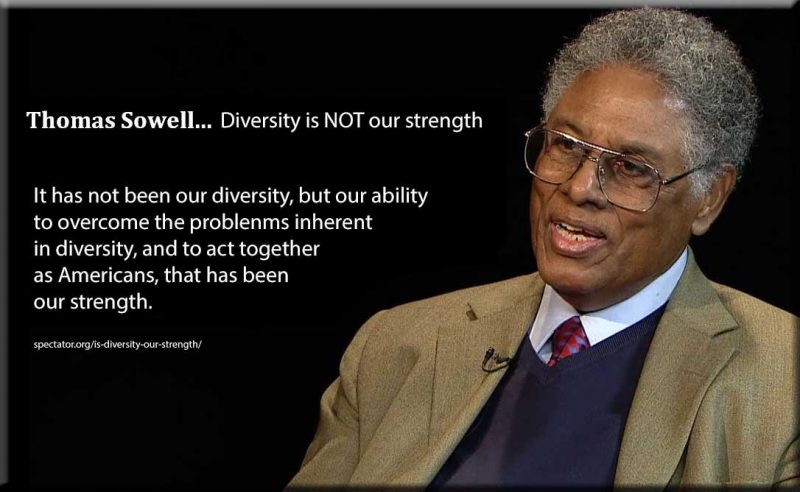 This is quite a paradox. Diversity at a national level does not necessarily erode trust but at the neighbourhood level it does. How can this be?

Switzerland is a good example of this paradox in action. With four recognized ethnicities — German, French, Italian and Romansh — they also have high levels of social trust. How? It’s simple. Each ethnicity has its own geography and government. It does not mix ethnicities, nor does one try to control the others.

If a country wants diversity, expect enclaves to form. This may work out fine in the long run, as it has in Switzerland. Or it may turn into a bloody mess, as it repeatedly does in the Balkans. The other option is low diversity. Denmark had the latter. It worked well. Now, it wants it back again and that will require its immigrants to integrate. Those who don’t will have to leave. 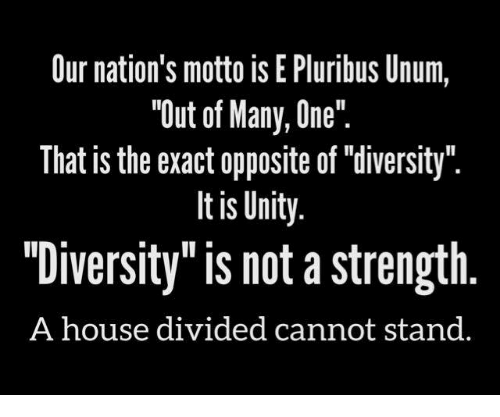 So, is excluding certain people from one’s society a requirement? The short answer is  absolutely. The long and more reasonable answer is if you do let people into your country then make sure they hold similar values — compatibility. Make sure they want to fit into your society fully and completely — cohesion. With these two requirements satisfied, and with a sprinkle of Protestantism, the country will be well on its way to generating high levels of social trust.

Can Canada learn from Denmark? The jury is out. But the minimum requirement is that we say goodbye to diversity, tolerance and inclusion if we wish to be a society that can rebuild the trust we used to have in one another and start accepting a new norm for immigration policy — compatibility, cohesion and social trust.

Mark Hecht teaches human, political, and conservation geography at Mount Royal University in Calgary and has written extensively on issues of national identity and resource conflict.