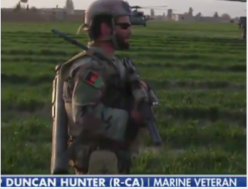 CALIFORNIA Republican Congressman Duncan Hunter calls this latest smear job just the latest stunt by CAIR in their efforts to malign him after he handily defeated Ammar Campa-Najjar in 2018, a Muslim candidate for Congress, whose own grandfather was a notorious Palestinian terrorist who led the Munich Olympic massacre of Israeli athletes.