Israeli law students spending a semester in Warsaw beaten to the point of losing consciousness in apparent anti-Semitic attack. Two of the students required hospitalization after the early Saturday morning attack. 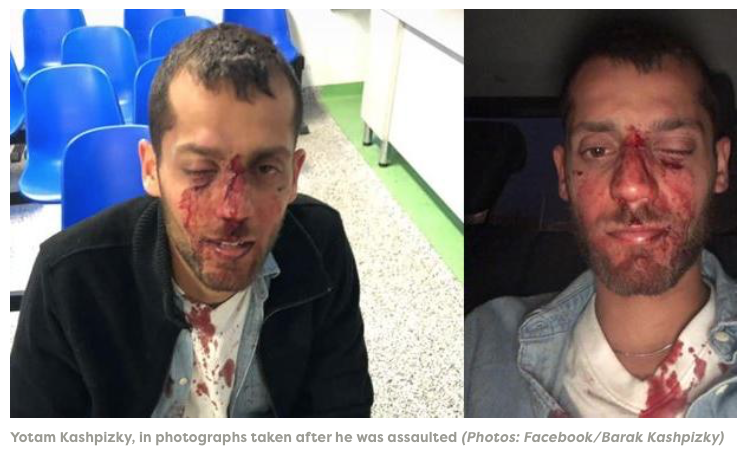 Ynet News  The assailants, described as “Arabic speakers,” asked the group as they left a Warsaw nightclub if they were Israeli. When the students answered that they were, the assailants assaulted them, reportedly shouting “f**k Israel” and “Free Gaza.”

Barak Kashpizky, the brother of Yotam Kashpizki, who was one of the victims of the attack posted on his Face Book page ” my brother was attacked… allow me to call this a terror attack”.

Yotam was attacked by a group of Arabs, not because he provoked or even spoke to them, he and his group were attacked only because they were Jews”.

According to Barak, “An Arab speaking group of men turned to the students and asked them if they were Israeli, when they answered that they were, The Arab men attacked them savagely and one of them screamed “fuck Israel”. 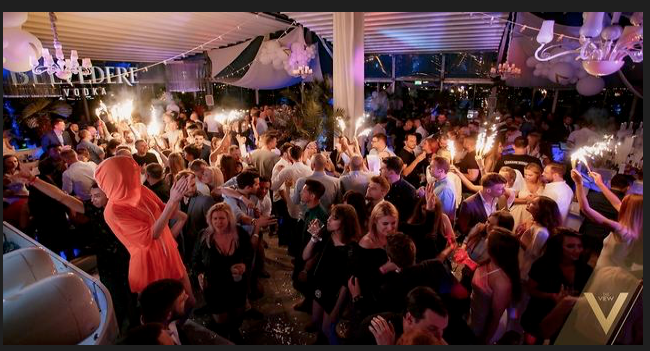 Barak posts continues by saying that Yotam got out of a cab he was in, to try and intervene and calm things down, one of the Arab attackers who most likely had a Knuckle- duster, punched Yotam and knocked him out.

Another friend who also tried to help, was thrown on a nearby parking car. When the attackers heard a couple of girls scream, they fled the scene.

Barak noted that none of the local onlookers lent a hand, ” even the club’s security did nothing to help, 2019, Warsaw, Jews are attacked, and the polish are doing nothing to help, history repeats itself”.

“History is repeating itself in Warsaw, Poland, as Poles stand by and watch, while people who ‘are not from our nation’ are beating Jews until they lose consciousnesses,” Barak Kashpizky wrote on Facebook, where he posted photos of his brother’s bloodied face. “Today it is my twin brother, tomorrow it is your relatives.” 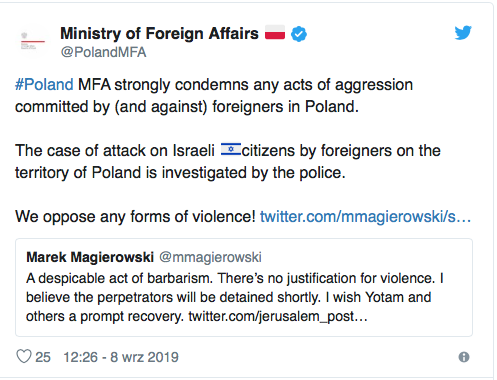