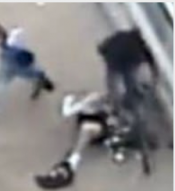 On August 3rd, a gang of 12 Somali Muslim teens and young men attacked and robbed a man near Target Field in Minneapolis. Police have arrested more than a dozen gang members, some as young as 13, accused of preying on drunk people and robbing them of their cellphones and valuables, viciously beating, stomping on and stripping a victim before hurling a potted plant at him and riding over him with a bicycle. 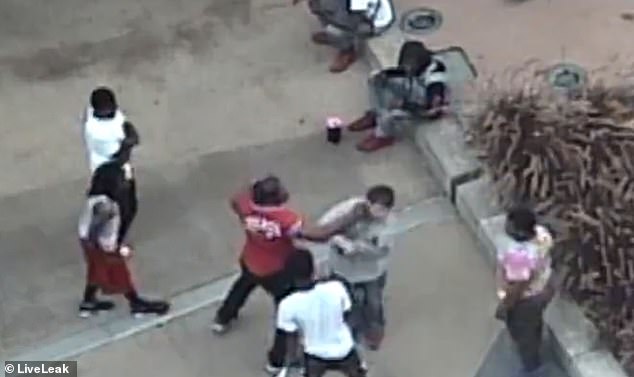 About 40 seconds into the video, one of the ruffians appears to snatch a man’s cellphone. The victim shows resistance, prompting one of the attackers to throw the first punch. From there, the violence quickly and dramatically escalates. 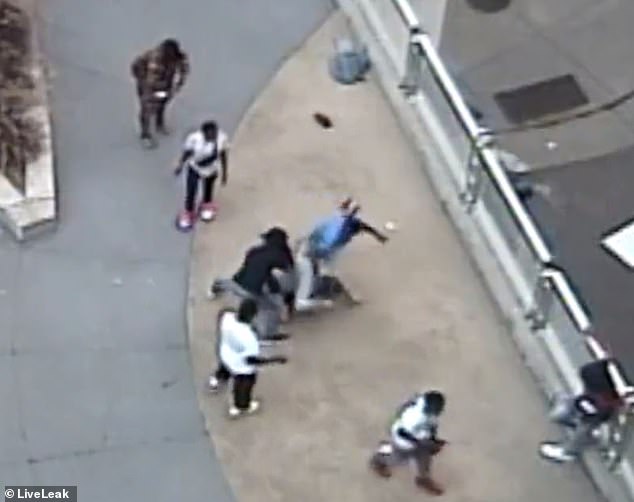 After going through his pockets, the perpetrators proceed to repeatedly punch the victim, kick him in the head and stomp on him. While the man is lying supine on the ground, several of the assailants jump on him, and one of them body-slams the man.

The footage shows the attackers ripping the victim’s shoes and pants off, and trying to remove his boxer shorts. The victim is seen in the video cowering and trying to protect his head with his hands from brutal blows raining down on him. 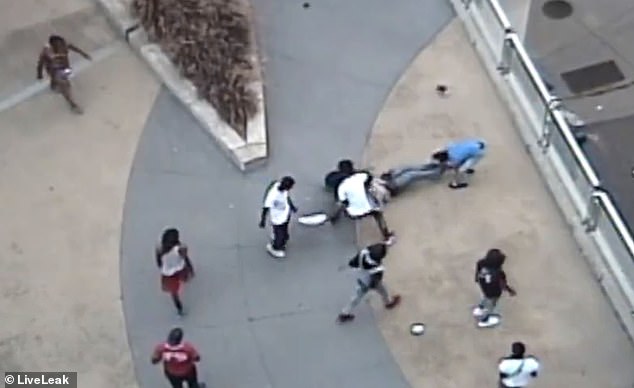 Towards the end of the footage, one of the most aggressive attackers, who is dressed in a light-blue shirt, hurls a potted plant at the victim, before another youth runs him over with a bicycle.

The video ends with the muggers walking away from the scene, leaving the victim standing in his underwear. By the time police responded to the plaza, all the suspect as well as the victim had left.

All 15 of the alleged perpetrators, ranging in age from 13-25, were apprehended in the course of a three-day sting operation two weeks ago. Have of them are juveniles.