REAL Americans then weighed in on Democrat Rashida Tlaib’s rant about 9/11, and they weren’t buying it at all. 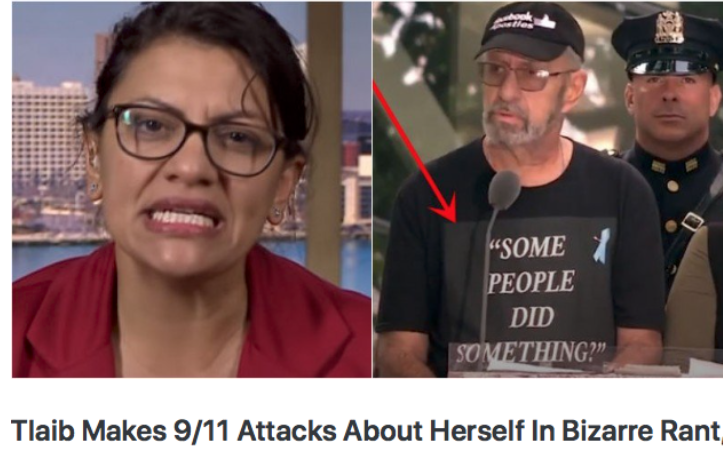 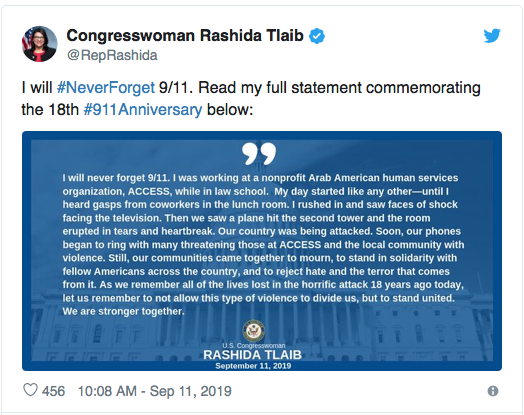 MadWorldNews “It is important to note that Tlaib almost certainly owes her victory to Islamic support. She had raised the most money in the 2018 Democratic primary by far — over $1.3 million — almost double the haul of her closest competitor,” reported the Daily Caller. “Tlaib won the primary by a mere 1 percent, and her massive fundraising advantage may well have been the margin of victory.”

So, based on her history, we highly doubt Rashida Tlaib feels “her country” was attacked on 9/11. The Michigan Congresswoman’s heart lies with radical Islamists and her mission is to do all she can to make Israel our enemy along with promoting those who wish to see America destroyed from within.

Rashida Tlaib’s past reads like any radical anti-Semitic pro-Palestinian activist. One of Tlaib’s close friends is CAIR leader Zahra Billoo who has supported Palestinian terrorists attacking Israelis and openly called for the destruction of the Jewish state in a not-so-veiled threat: “From the river to the sea, #Palestine will be free.” 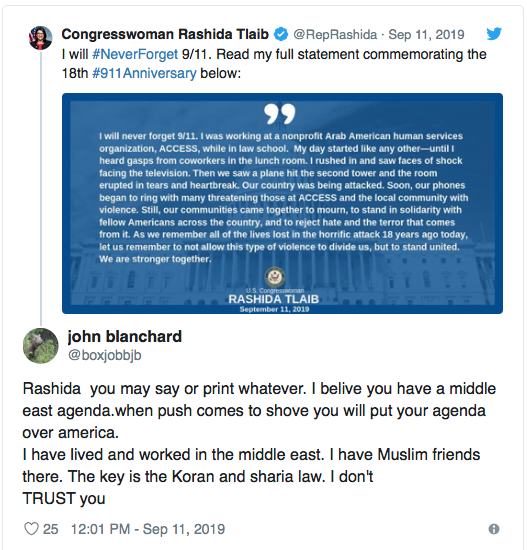 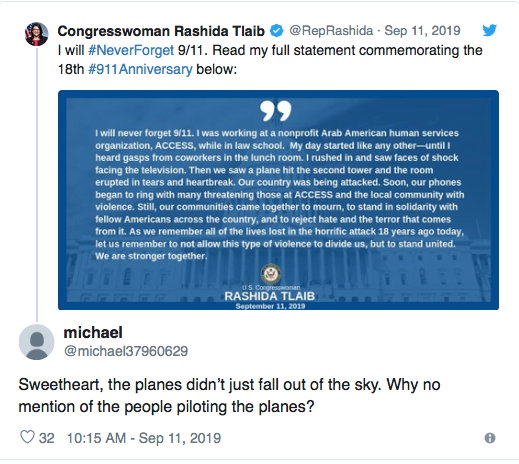 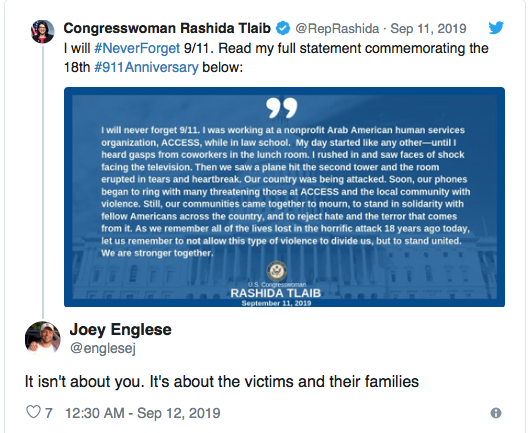 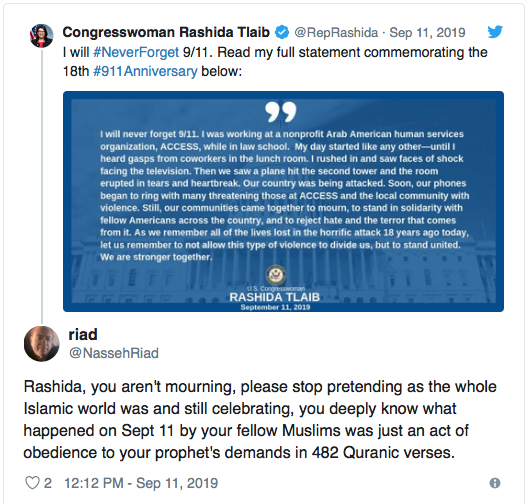