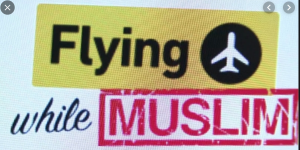 Somebody should remind this Muslim perpetual victim-wannabe, Mohamed Khairullah, that it’s only because of people who look like him and share his beliefs that even REAL Americans must go through extensive security checks at airports.

NorthJersey.com Khairullah, the longtime mayor of Prospect Park, an area with a significant Turkish Muslim population, said he was held for three hours at JFK International Airport last month, questioned about whether he knew any terrorists and forced to hand over his phone. 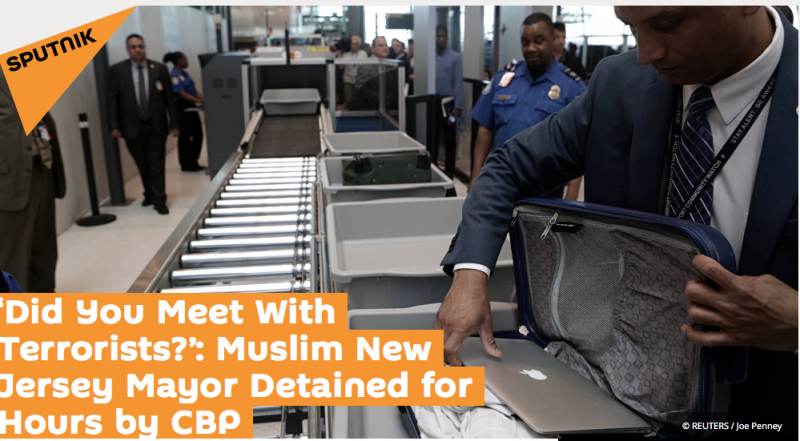 “It was definitely a hurtful moment where I’m thinking in my mind that this is not the America that I know,” (and it hasn’t been since 9/11, thanks to the evil cult your belong to) said Khairullah, a public-school administrator. “I am very familiar with our laws and Constitution, and everything that was going on there was a violation.” (Obviously, you know nothing about our laws and constitution).

Khairullah’s story mirrors that of many Muslim travelers, who believe they are singled out because of their faith when they are pulled aside for secondary screenings and searches. Civil liberties advocates say Muslim Americans are disproportionately detained and have had their electronic devices searched or seized. (As they should be)

Some have apparently been stopped because their names are on a federal watchlist of “known and suspected terrorists.” Dozens of Americans sued over the watchlist, saying their names were wrongly added and that they had no meaningful way to challenge it, including a Paterson man who said he’d been barred from air travel. 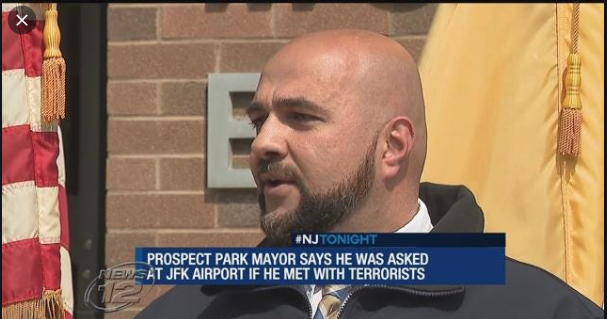 Khairullah, his wife and four children, ages 1, 2, 9 and 10, visited relatives in Turkey who are Syrians displaced by war. Khairullah also met with mayors of different towns to talk about government and business.

According to Khairullah, CBP officers who were at the gate on Aug. 2 when Khairullah exited the plane asked him what he studied in college, where he works, his mother’s name, his nicknames and where he traveled. Khairullah said they also asked if he visited any towns with terrorist cells and whether he personally met with any terrorists.

At the agents’ request, he said he gave them access to his phone, which contained private emails and family photos among other information. The phone was taken to another room. Then Khairullah said he called a CAIR attorney as he grew increasingly uncomfortable and said he no longer consented to the search of his phone. Agents told him they’d have to keep the phone, Khairullah said. They held it for 12 days until a CAIR lawyer helped get it back. 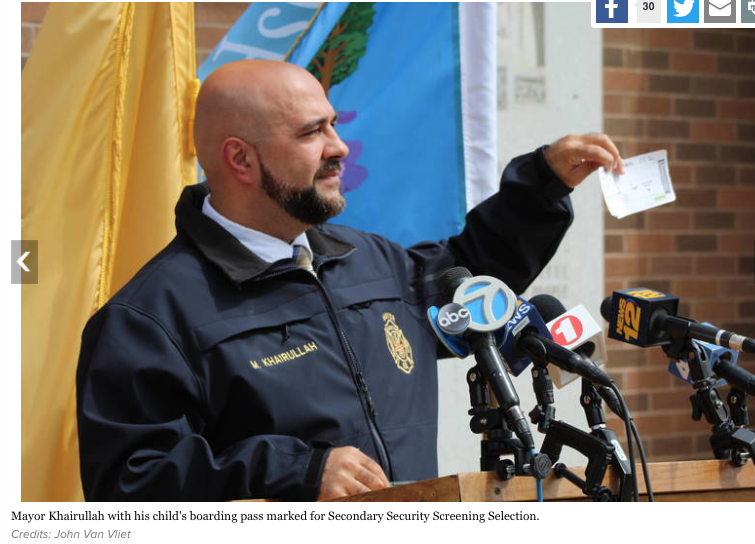 TAP “We did speak about my activities in Syria. I did go to Syria seven times during the uprising on humanitarian missions, I traveled to Bengladesh on a humanitarian mission regarding the Rohingya, I traveled to Tunisia to speak about democracy and municipal operations, and all my actions were always very transparent, I shared it on social media.  But when he got to the question asking if I met any terrorists, I drew the line and I said I want to speak to a lawyer.

“It’s flat-out insulting,” he said. “It’s flat-out stereotyping of Muslims and Arabs.”(Exactly what we expect our TSA agents to do to keep us safe)

The mayor and his family said that the reason they left on July 4 rather than July 3 was because of hours of delays and harassment, causing them to miss their flight.  “Our harassment started when were trying to leave on our vacation on July 3rd, to the point that we missed our flight, and we had to come back the second day to fly out.  During that time, finally, after they had issued our boarding passes, my infant received the designation of SSSS, which is the highest level of search.”

SSSS stands for “Secondary Security Screening Selection” and appears on the bottom of a boarding pass.  It is not entirely clear what constitutes the conditions which has a person placed on the TSA lists that designate a passenger as subject to SSSS.  “So, my 14 month old was searched.  Four of us out of the seven received SSSS, but the other three children who did not receive SSSS were part of the extensive search.  I do want to clarify and say that we returned as six, we left as seven.  My teenaged son did return ahead of us, in the middle of vacation, as he is a high school senior and was going to start a job and start his practice for his SAT.”

” We were not able to board our flight on July 3rd due to an extensive and long conversation with the TSA and ticketing agent.  It led to the point where the ticketing agent said we can’t get you on the flight anymore, it’s too late.  Then the following day, we were on line for almost five hours between the TSA having to rebook our flights, and having to go through the extensive pat, which was only the first level of pat downs.  As we entered the plane there was a second search of all of us as well.”

Ahmed Mohamed, litigation director of the Council on American-Islamic Relations, New York chapter, cautioned people about unlocking and handing over their electronic devices. He said authorities may download and copy the contents and share it with other federal agencies, like the FBI. Agencies may see messages and mine information not only from the phone’s owner, but also from their friends, family and associates.

If a traveler refuses to unlock a phone, the CBP can take the device and try to “jail break” the phone to get around the passcode. Citizens and returning green-card holders can’t be denied entry for refusing to enter their password, but may be detained or have their device seized.