But in the case of Myanmar, they don’t care. They see what Muslim conquerors have done to formerly Buddhist countries like Afghanistan and want no part of it, which is why they are determined to drive the Rohingya (who are actually Bengali) Muslim population back where it came from – Bangladesh – no matter what the rest of the world thinks.

What they never tell you is what happened to cause the historically peaceful Buddhist population to take action against the Muslim minority there. When the Buddhists of Myanmar (formerly Burma) send the violent Rohingya Muslims back to Bangladesh, from where most originated, the West has a virtual meltdown.

On the other hand, when a Muslim country like Saudi Arabia decides to deport its violent Rohingya Muslims back to Bangladesh, there’s hardly a peep from the usual Muslim-sympathizers in the West.

This Buddhist monk in Myanmar believes that all religions are able to co-exist, but the Muslims don’t want to. They try to dominate any society they infiltrate by migration or invasion.

For much more about the Rohingya Muslim problem, click here:  MYANMAR 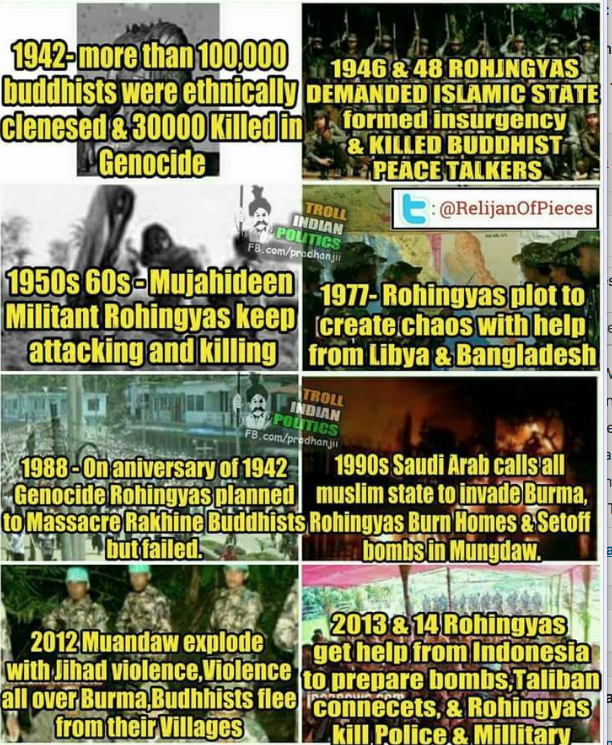