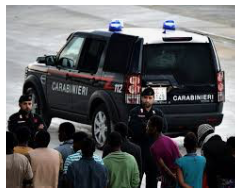 Italian soldier is stabbed in the throat with scissors by an illegal Muslim invader shouting “Allahu Akbar” outside Milan train station. The attacker had already been deported from Germany for a fraudulent asylum claim. Identified as Mahamad Fathe, 23, he tried to run away after he attacked the Italian soldier without any provocation in the Piazza Duca d’Aosta. However, he was stopped by paramilitary Carabinieri police officers. 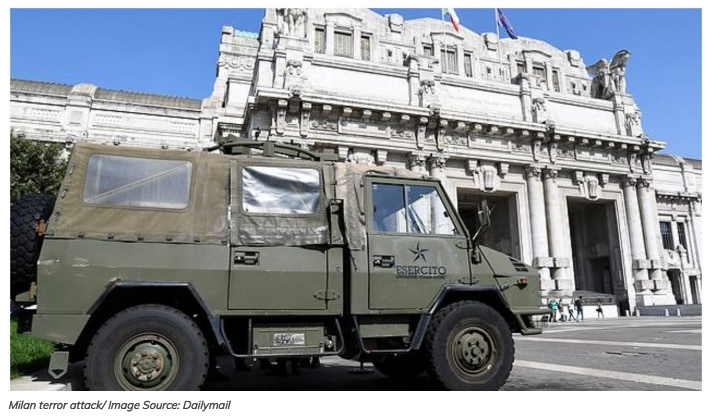 Daily Mail (h/t Sara S) The unprovoked attack, which took place on the busy Piazza Duca d’Aosta in Milan, happened shortly after 10:45am this morning, Milano Today said. The 23-year-old Mahamad Fathe, an illegal Muslim invader from Yemen, reportedly stabbed the soldier in the neck and shoulder with a pair of scissors before fleeing towards Via Vittor Pisani.

Fathe was soon apprehended by paramilitary Carabinieri police officers, and was said to have shouted ‘Allahu Akbar’ – which translates to ‘Our God is greater’ – as he was arrested, the publication reported. Fathe arrived in Italy from Libya, was assigned to a center in Bergamo but left the facility before the procedure for requesting political asylum was completed.

The same man had been reported to police on Monday after allegedly trying to attack people in the station with a pen, reports said.  The solider was taken to Fatebenefratelli Hospital where he was treated for a ‘deep’ stab wound to the neck and other non-life-threatening injuries. 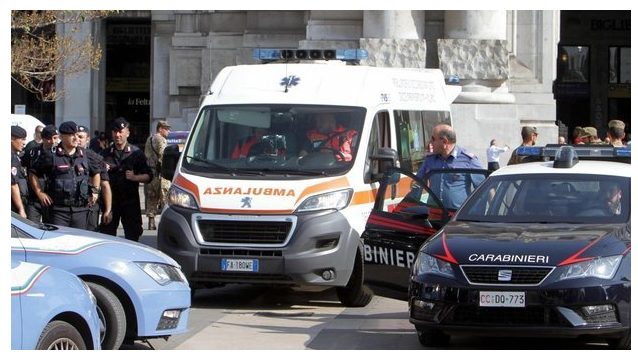 Subsequent reports in the national press have revealed the alleged attacker had already been expelled from Germany where his application for asylum ahd been denied, and that he had “Islamic extremist sympathies”.

Silvia Sardone, an MEP and member of populist Senator Matteo Salvini’s League, commented on the attack stating: “For a long time I have been denouncing the degradation, insecurity, and criminality that have taken over in Piazza Duca d’Aosta, but the Municipality always pretends not to hear and here are the results.”

An investigation has now reportedly been launched to determine whether or not the attacker had ‘links to terrorism’. It comes after two army officers and a police officer were stabbed by a Muslim inside the Italian train station in May 2017, The Local reported.

Tensions have been high around Milan’s central station in recent weeks after police ordered dozens of migrants to move on from the area, in an operation involving helicopters, sniffer dogs, and mounted police at the start of the month. Milan’s mayor later distanced himself from the raid, saying “these methods are not our model”. 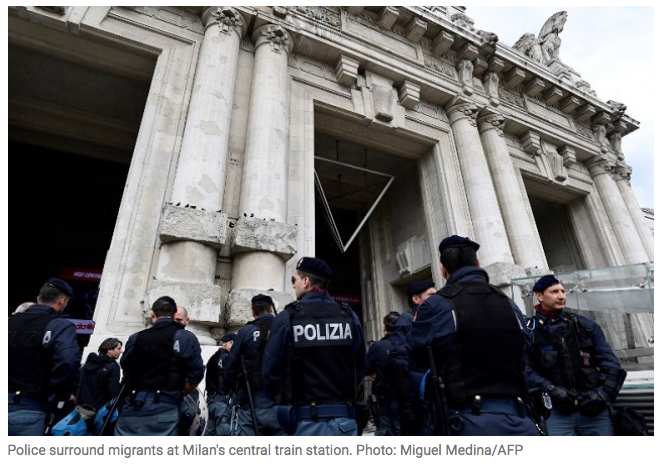 There has been an increase in such ‘Lone-wolf’ attacks across societies, especially in the West. Recently, in one such attack, an attacker had stabbed two people, killing one, in the central business district of Sydney, Australia. The attacker was seen shouting “Allahu Akbar” while he was attempting to attack people with a butcher knife. However, the Australian police did not treat it as a terror attack.

Last year in November, an attacker shouting “Allahu akbar” had stabbed a Belgian policeman several times in the neck in central Brussels. The attacker, who wielded two kitchen knives during the incident outside the city’s main police station, was then shot and wounded by two police officers. The attack, too, was not a ‘terror attack’ as per initial reports. 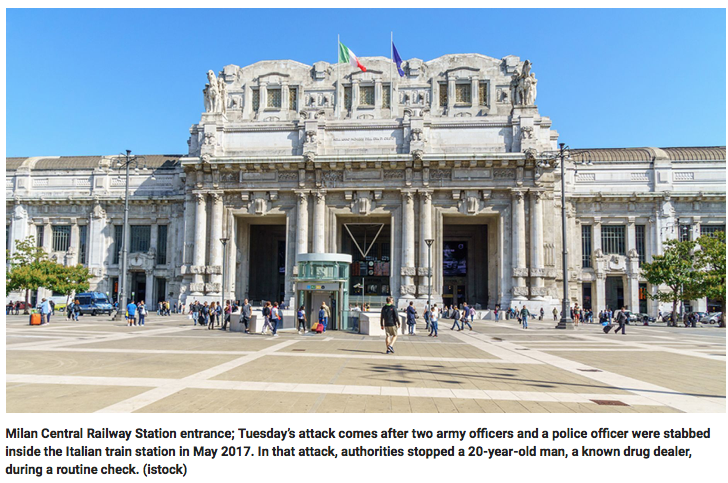