The keynote speaker is none other than Palestinian terror group Hamas supporter and sharia law activist Linda Sarsour, who advocates for jihad against the White House. 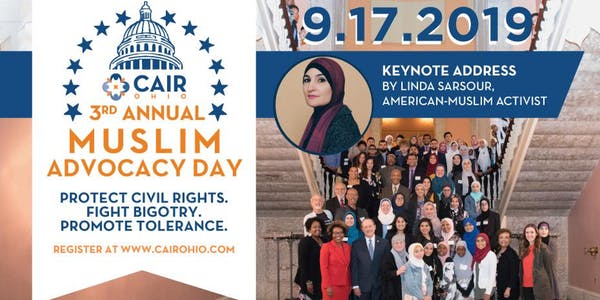 CAIR-Ohio’s Muslim Advocacy Day is an event that allows members of our state’s Muslim community to live out their Islamic values by advocating for a more just society for Ohio Muslims from across the state.  At the Capitol, they hold meetings with more than 30 different legislative offices focusing on bills concerning Muslim “rights.” The advocacy day includes “trainings” and a keynote speech focused on the importance of activism against the government.