So say signs put up all over the liberal town of Winchester, Massachusetts. 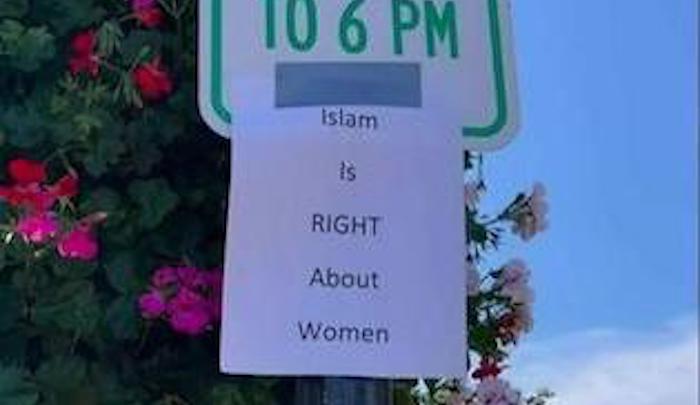 Boston 25 News reports “It was just upsetting, I just didn’t like it, it just wasn’t necessary to be up and out in the streets,” said Anita Davison, who ripped down the signs and took the story straight to social media. “It’s either about women, it’s either about Islam, it’s about both, I’m not really sure what point they were trying to make — either way it was just, it was terrible,” Davison said.

While offensive to some, police said that, while it’s technically illegal to post anything on a street sign, it’s a tough law to enforce. Due to freedom of speech and because the signs in question aren’t threatening, police say it’s like posting a sign about a lost cat. 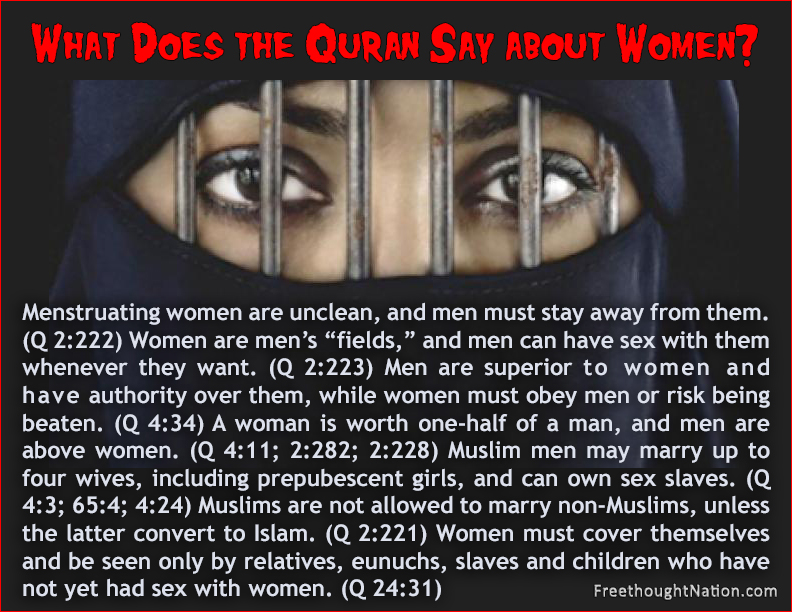 Other women were similarly baffled, as :

This is remarkable. They seem to want to be outraged because Islam subjugates women but they also don’t want to be viewed as “racist,” “xenophobic” or “intolerant.”