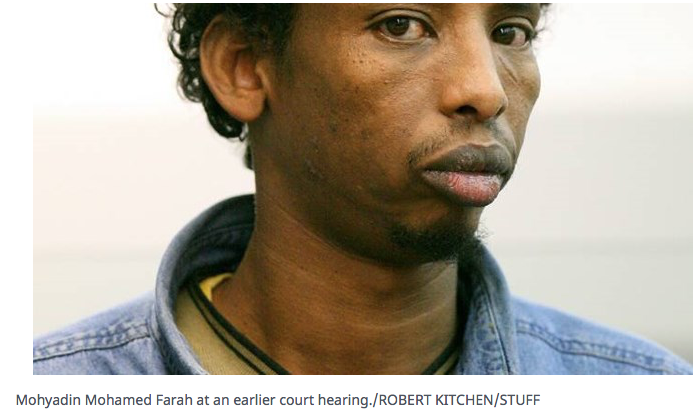 SCOOP The SSGT supports and advocates for victims of serious violent crime and strongly support the need for refugee Mohyadin Mohamed Farah to be detained indefinitely, or at the very least until he can be deported from New Zealand. In 2015 Farah’s Lawyer and his own mother wanted him sent back to his country of birth.

In 2008 a deportation order was made, but there was no Government in Somalia to issue him a passport (But there has been one since 2012). Walker said “Eleven years have passed since this blunder, and he has committed countless offences including rape.

STUFF  Mohyadin Farah, a Somali who came to New Zealand as a refugee in 2000, had a a history of sexually assaulting women. 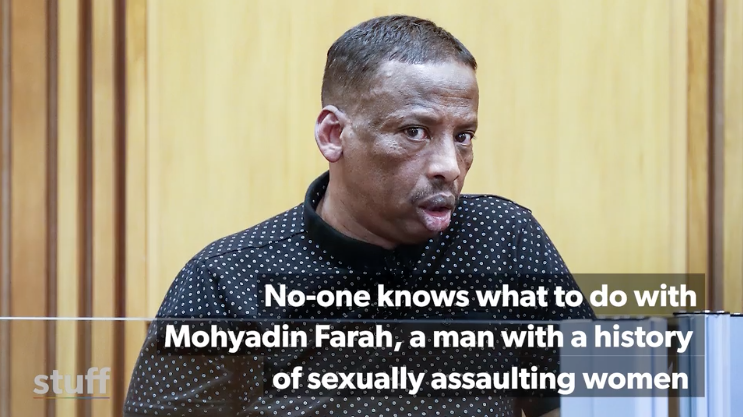 His latest offending saw him target a 78-year-old woman – he touched her breasts over her clothing and grabbed her walking frame when she tried to get away from him. On the same day he touched the elderly woman, Farah went up to a woman watching a video on her phone and wearing earphones while she walked. He put his arm around her shoulders and asked her name. She threw him off and ran to a nearby service station.

Farah came to New Zealand in 2000.  By 2006 he was eligible for the highest sentence that can be passed by our courts, preventive detention.

A high court judge declined to do that and told him his stalking, kissing and groping strangers – thinking women owed him sexual favours – needed to stop, remarking: “You are proving to be a menace to the country, which has given you refuge”. He instead gave him four years jail. 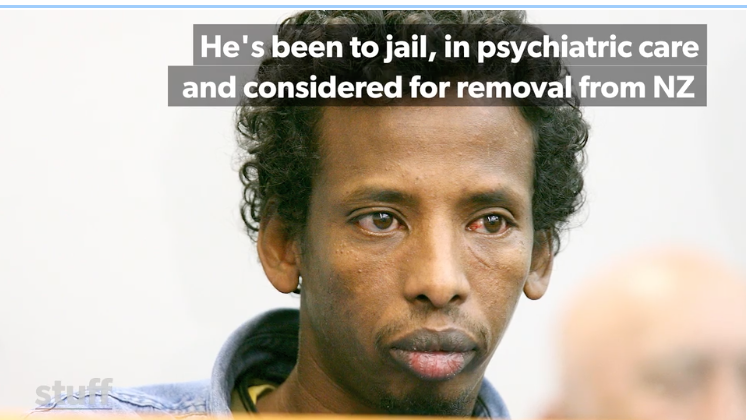 In 2011 he grabbed the breasts of a woman on a bus and told her he was going to rape her.

And in 2013 he demanded sex from another victim and when she struggled to get free he raped her.

He was later found unfit to stand trial and a district court judge tried a different route, making him a special patient and held in a secure mental health facility.  The Crown offered no evidence on the charges despite him being well enough to face them and a judge dismissed them. But by 2018 he was out and had offended in the same way by February this year.

In Farah’s case Immigration New Zealand’s Cancellation Assessment Panel assessed there was not sufficient evidence to meet the provisions to cancel refugee status under section 145 (b) (iii) of the Immigration Act, and therefore Farah was not able to be deported.

Female Judge Jan Kelly said, “The issue for me today is what sentence would best enable meaningful rehabilitation and would enable Mr Farah to receive counselling and oversight to reduce his risk of reoffending and to balance that against the interests of the victims and the need to protect the public.” 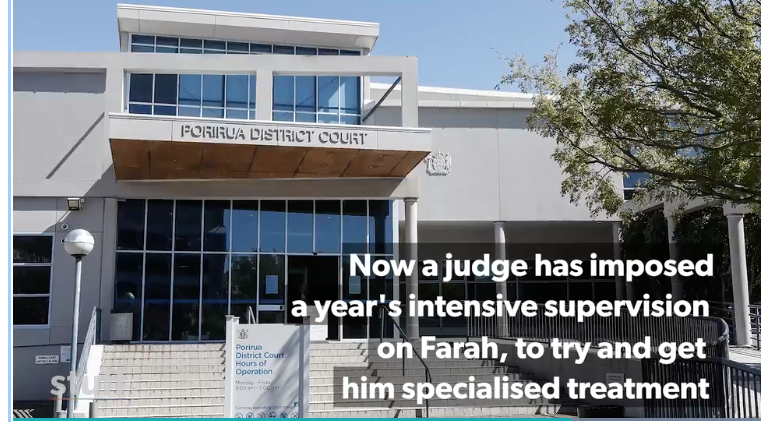