If the very idea of that isn’t offensive enough, Mayor John Tory (photo right) expects Canadians to learn more about the Islamic ‘faith’ while “celebrating the many contributions of our Muslim community to the social, economic and cultural fabric of Toronto.”

I’m American, so can one of our Canadian readers kindly enlighten me as to what exactly these alleged contributions by the Muslim community in Canada are? 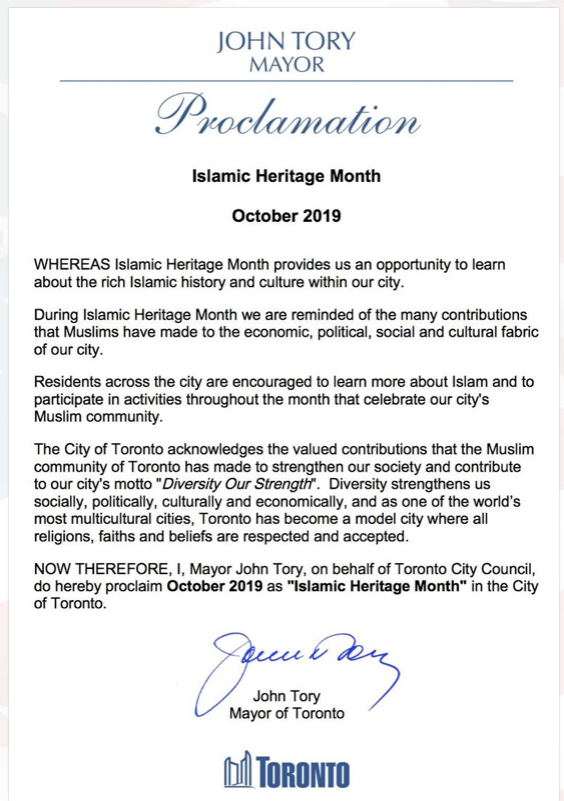