Ilhan Omar’s district not only is the biggest Islamic (Al-Shabaab & ISIS) terrorist recruiting area in America, it is teeming with welfare dependent Somali Muslims who have nothing better to do than wander the streets and potentially make trouble for Trump supporters at the upcoming rally. 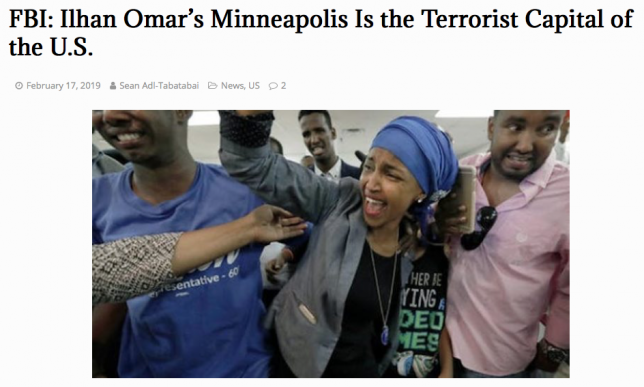 FYI:More men and boys from a Somali American community in Minneapolis have joined, or attempted to join, terrorist organizations over the last 12 years than any other jurisdiction in the country.

For over a decade, Islamic terror groups have been able to recruit from Minnesota. This is, in part, because Minnesota has  the largest Somali Muslim population compared to other parts of the U.S. (Thanks to Barack Hussein Obama’s policies of flying Somali welfare-dependent populations and Somali gangs into the US by the tens of thousands each year using US cargo planes)

Foxnews.com reports: FBI stats show 45 Somalis left to join the ranks of either the Somalia-based Islamic insurgency al-Shabaab, or the Iraq- and Syria-based ISIS combined. And as of 2018, a dozen more had been arrested with the intention of leaving to support ISIS. Both numbers are far higher than those of alleged terrorist wannabes who left or attempted to leave the country from other areas in the country where Muslim refugees have been resettled.

OathkeepersThe violent communists of Antifa  have issued a national call to action for Antifa and other radical, America hating leftists, (as well as their radical Somali Muslim allies) to converge on the upcoming Trump rally in Minneapolis on Oct 10 to “disrupt” the Trump rally with an Antifa black block “America is Canceled” protest against capitalism. We need to be there to provide volunteer security escorts for rally attendees as they walk to and from the rally. 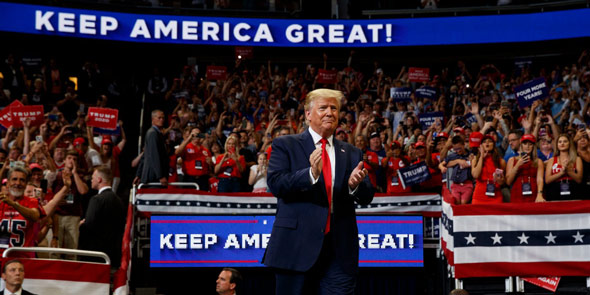 Here is what is posted on the leading Antifa website, It’s Going Down 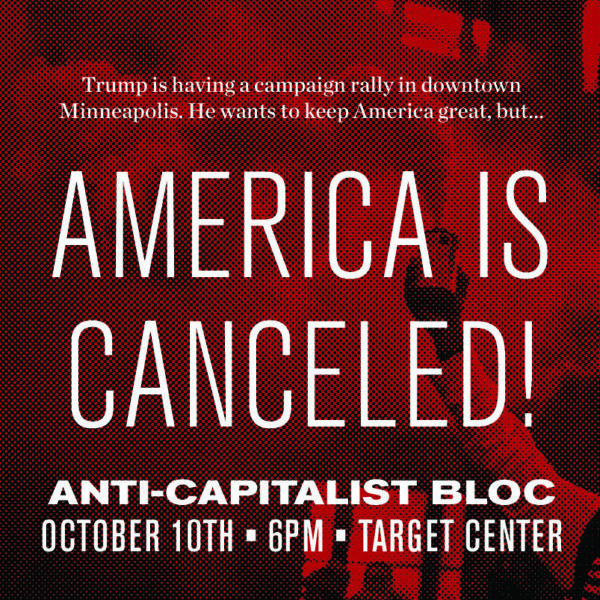 We are confident that the venue itself will be safe, but we have serious concerns for the safety of attendees as they walk from their vehicles to the venue, and then back to their vehicles in the dark afterward. There have been numerous examples of Trump supporters being attacked under those circumstances, especially as they leave a rally (see below video). 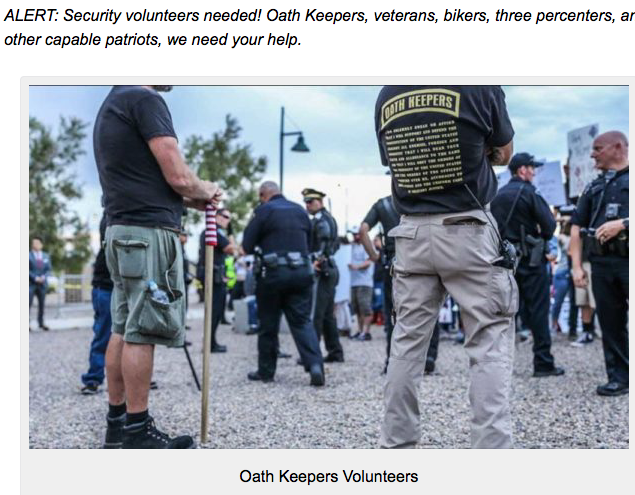 Therefore, we need to be there to provide volunteer security escorts for Trump rally attendees in Minneapolis, MN just as we recently did to great success at the Trump rally in Rio Rancho, NM.

Leftists have a right to protest, but they don’t have a right to shut down the free speech and assembly of other people.  Nor do they have a right to assault people because they don’t like their politics.  We have a duty to protect our fellow Americans against such terrorism, and we will.  No American, of whatever political party, should have to worry about being violently assaulted as they attend a public political rally.

If you are within driving range of Minneapolis, MN, and you are capable of assisting with security, we need your help in keeping the rally attendees safe.  NOTE:  you do NOT have to be a member of Oath Keepers to volunteer.

To volunteer, email us at:  [email protected] 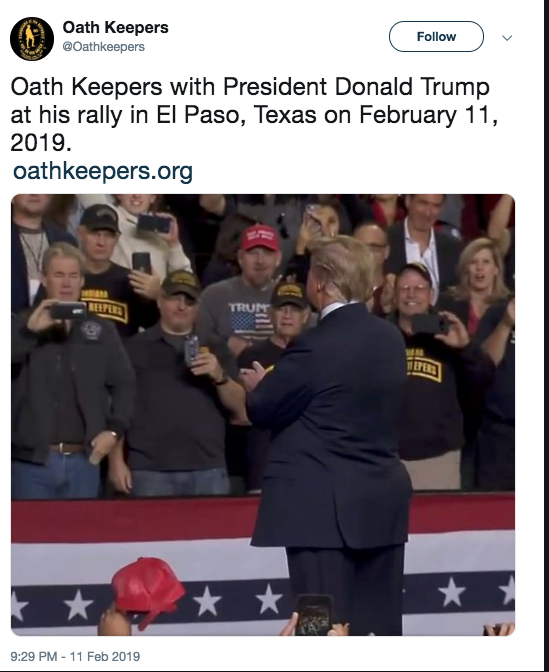 Put “Minneapolis Trump Rally Security Volunteer” in the subject line.  Please provide your full name, phone number, zip code, and tell us about your prior service, training, or experience that is relevant to a security mission.  If you are a member of Oath Keepers, please include your membership number.  Please also include links to any social media profiles.   Expect to be heavily vetted.  As always, we will not accept anyone who advocates, or belongs to any group that advocates, the overthrow of the U.S. government or that discriminates along racial lines.  We also cannot use anyone who is a convicted felon.

We are looking for calm, physically capable men who can effectively protect others, while also keeping their cool under pressure.

We always work closely with other awesome patriot or biker groups.  If you are the leader of a motorcycle club, riding club, association, or group that is interested in helping with security, or the leader of a three percent group, firearms association, or other patriot group, please email us at the same [email protected] email, but please add “Security Leader” in the subject line and tell us who you are with (we will trust you to vet your own men).

NOTE:  If you want to help, or if you simply want to attend the rally, please reserve a rally ticket ASAP by going here.   There is a distinct possibility that only rally ticket holders will be allowed inside a large event security perimeter, so please get a ticket.  Expect radical leftists to grab tickets as well, so they can infiltrate and disrupt the rally from within, so don’t presume you can grab a ticket last minute.

Besides giving us radical Somali Congressmuslim Ilhan Omar (D-MN), look at all the “cultural enrichment” Somali Muslims have brought with them to Minnesota