Republican congress members in uber-leftist New York are few and far between, but Zeldin is one of the most outstanding and has called out Ilhan Omar for her blatant anti-Semitism several times. 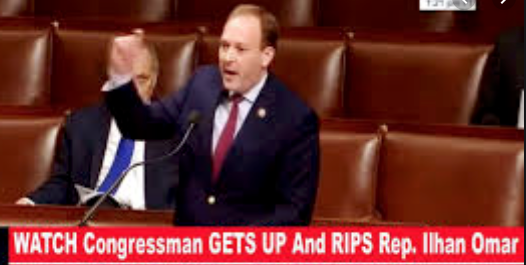 i24News In July, Ilhan Omar introduced a new resolution in Congress that encourages Americans to participate in Boycotts, Sanctions, & Divestment against the state of Israel. This came right on the heels of  The US House of Representatives voting 398 – 17 to pass Resolution HR-246 that opposed the BDS movement against Israel.

Omar’s resolution would pave the way for bypassing the Combating BDS Act that was approved in the Senate. Omar submitted the resolution after five pro-Israel bills were advanced by the US foreign affairs committee. One of the five bills, H.R. 246, specifically contained anti-BDS language.