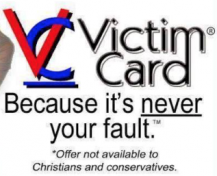 If your kid can’t take it, take him back to the Islamic hell hole you crawled out of.