Walmart has a long, shameful history of bowing down to the constant religious demands of Muslim Brotherhood front groups like CAIR. (See links below) 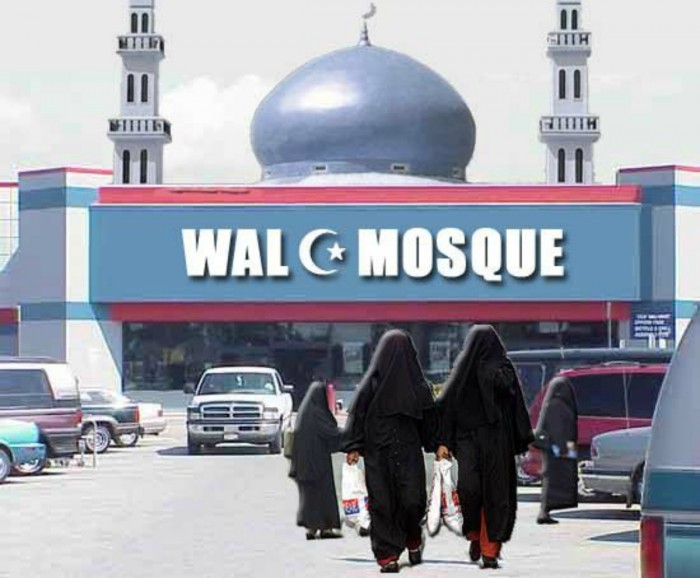 The Columbus chapter of CAIR (the Council on American-Islamic Relations), Ohio today announced the filing of a wrongful termination complaint against Walmart with the U.S. Equal Employment Opportunity Commission (EEOC) on behalf of a Muslim-Somali man.

The Muslim man began his employment at Walmart in 2004.  For years, the employee alleges that he was subjected to a hostile work environment by his coworkers and managers.

They would allegedly make derogatory comments regarding his race and religion such as “Muslims should not be in America,” “Muslims kill Americans. . .Trump will stop that” and “Barack Obama was a Muslim and Muslims can’t be presidents.” He was also repeatedly referred to as a “boy” and “nigger.”

The employee says he complained several times to his managers and the Human Resource Department. He even called the ethics hotline to report the ongoing harassment. Rather than addressing the toxic work environment and harassment, the Muslim man’s supervisor allegedly terminated him based on a false and pretextual reason.

“The law is clear. Federal law prohibits employers from retaliating against employees for complaining about discrimination. All employees have a right to a workplace that is free from harassment and discrimination,” said CAIR-Columbus Executive Director Romin Iqbal.

CAIR has reported an unprecedented spike in bigotry targeting American Muslims, immigrants and members of other minority groups since the election of Donald Trump as president.

STUPID! Walmart store manager bows down and apologizes to terror-linked CAIR who got him fired for an anti-Muslim Facebook post

[UPDATED!] CAIR demands “appropriate disciplinary action” against a Walmart manager who made anti-Muslim remarks on his own personal Facebook page

Yet another Muslim pandering-related reason NOT to shop at Walmart

[UPDATED!] Considering that scary Muslim women in burqas ALWAYS look like Halloween, selling Israeli (IDF) soldier costumes is the least Walmart can do