According to designated terrorist group CAIR, a Muslim family was shopping at TJ Maxx, when a white woman allegedly flipped them the bird and yelled at them to “Go Back to Your Country!” The family asked for assistance from TJ Maxx to deal with the alleged harassment but were refused help. So they called the NYPD, who didn’t take the incident seriously, either. 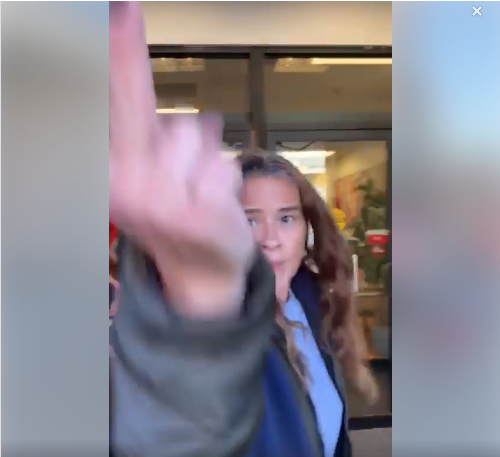 The family called the police, and while waiting, the woman allegedly attacked them and struck the Muslim man. The family filed harassment complaint with NYPD, but the police refused to file it as hate crime. The incident captured on a cell phone only shows the woman flipping the bird, not grabbing the phone or hitting a Muslim man.

“It is unacceptable that TJ Maxx would value the business of a bigot over protecting their Muslim customers from repugnant harassment. The NYPD must take this matter seriously and initiate a hate crime probe,” said CAIR-NY Litigation Jihadist, Ahmed Mohamed.

Mohamed noted that the family has been “traumatized” by this incident and is extremely disappointed at TJ Maxx for their lack of response to the harassment and assault.  The family wants the NYPD to take the matter seriously and probe the incident as a hate crime.

Mohamed called on TJ Maxx to allow CAIR TO institute proper training for ITS employees to respond appropriately to harassment in its stores.

Below is the cell phone video of the alleged incident and a translation of the Muslim accuser’s account of the incident on Facebook: