A young tree surgeon had his hand chopped off with an axe in a savage attack carried out by an armed Muslim mob who thought the 4 “white bastards” were invading their territory in Rochdale, the court heard. 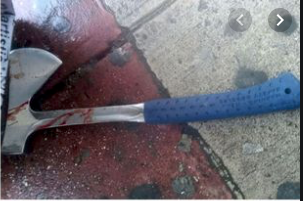 Manchester Evening News  (h/t Linda R) The victim, then aged just 18, was one of four workmates set upon on Church Road, Newbold, by a gang of up to 20 Muslim men, an ‘appalling’ attack in which his had was chopped off by an axe,  carried out by an armed mob sparked by a road rage row in Rochdale. (Rochdale is Ground Zero for the notorious Muslim paedophile rape gangs that kidnapped and pimped out hundreds of young British white girls)

They had been summoned by Habibur Rahman, 27, who called the victims ‘white bastards’ who were in his ‘country’, Minshull Street Crown Court heard. 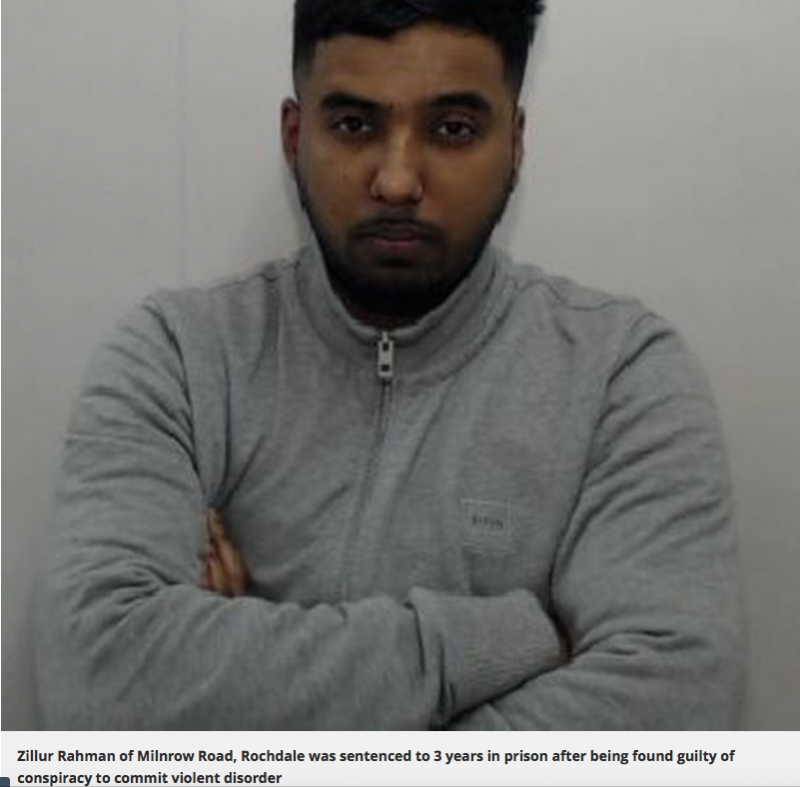 Rahman, incensed that he had been “disrespected” in his “territory”, tracked the four workers to the property they were working on, in the rape gang blighted city, blocking them in by parking his car across the driveway while the mob approached armed with weapons including a claw hammer, knives, machetes, a knuckle-duster — and the fateful axe

One of the mob, Mohammed Awais Sajid, came armed with an axe which he wielded twice in quick succession, first slashing the victim in the chest, shattering ribs and causing a collapsed lung. Describing the second blow, Tim Storrie, prosecuting, said: “He followed up with a 360 degree spin of his arm, an act which was doubtless employed to enhance the speed and devastation of the attack. “

Sajid, of Kings Road, Rochdale, was jailed for 18 years after being found guilty of section 18 wounding. He was acquitted of attempted murder in an earlier trial. There were shouts of ‘fucking injustice! and ‘police set up’ from a Muslim in the public gallery as he was led down to the cells, while a woman fled the court in sobs of tears. 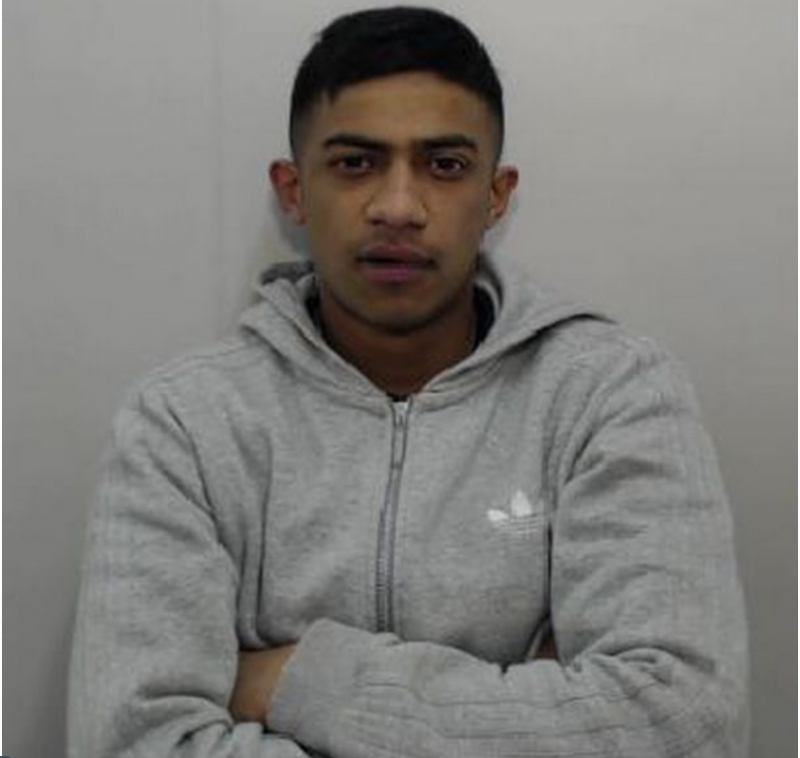 “The blow itself was aimed at the victim’s head. He was dimly aware at this stage of the weeping of blood down into his waistband. He was turning his body, attempting to leave the scene. Through good fortune, he said he realized the axe was above him aiming for his head.” “He put his arm up to defend himself and the blade essentially severed his arm at the wrist.”

The victim, whom the Manchester Evening News is choosing not to name, staggered away and was airlifted to hospital where he underwent life-saving emergency surgery. His hand was partially reattached although the victim has required a further five surgeries in the two years since the attack. He will only ever recover 60 per cent use of his arm and remains physically and mentally scarred by the events, the court heard. 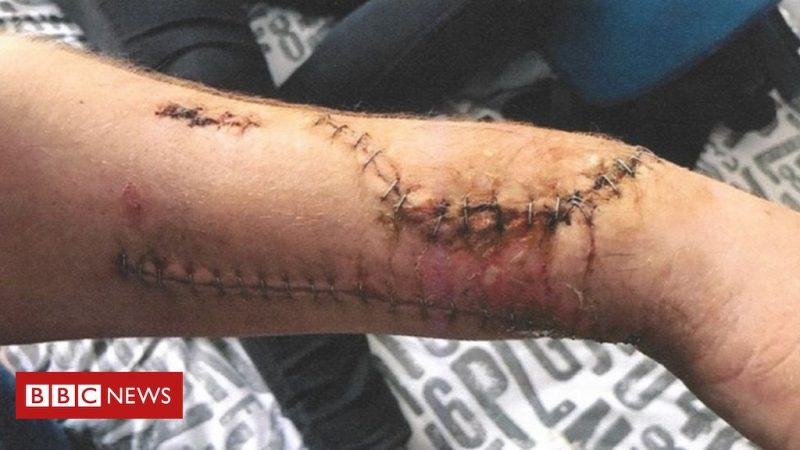 Rahman, the instigator of the shocking street violence of Milnrow Road, Rochdale, was also found guilty of an assault charge after the court heard he used a knuckleduster to punch one of the other tree surgeons in the face, breaking his nose. He was jailed for just four-and-a-half years.

In interview, Rahman claimed he was subjected to racist threats from the four tree workers. But at sentencing, Judge Potter said this was a ‘pack of lies’. He said: “The fact that a mob could be mobilized so quickly and so heavily-armed is clear evidence in my judgement that you are each associated with gang activity.” Judge Potter described the violence as Rahman’s gang as ‘asserting control’ over the neighbourhood of Newbold.

Strangely, there is no mention in local news or a Greater Manchester Police force statement of the authorities treating the crimes of Rahman and his compatriots as racially aggravated — which would attract tougher sentences — despite his statements about the victims being “white bastards.

RELATED STORY: UK Muslim gang attacked strangers in the street because they were white