A gang of  Muslim thugs started to follow a some Swedish teens in a car. After about half an hour, the Swedes stopped to ask why the gang kept pursuing them. 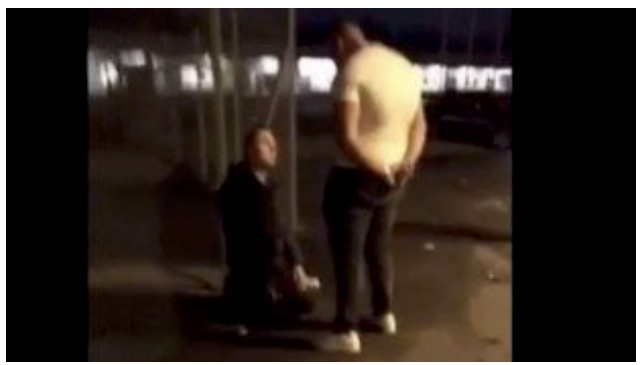 ”We got out and asked why they followed us, after which they claimed that we hadn’t  shown them respect. According to them we had ”pointed fingers” at them while they skipped ahead in a car line. They threatened to ”bust” one of the guys, if he didn’t listen to the immigrant gang. The supposed leader of the pack then pushed him up against a fence and forced him to kneel down and apologize.”

Nyheteridag In a video that was filmed in Swedish, this is how the confrontation went down:

The men were five Muslim and appeared to be from the Middle East, Turkey or Albania, according to sources. After the humiliation act, the immigrant gang goes off in the direction of Vivalla, a heavily Muslim segregated ghetto in Örebro.

Summit News Surveys show that migrants are vastly overrepresented in violent crime and rapes in Sweden, but the government stopped gathering official statistics back in 2005. This was long before the problem was exacerbated by the arrival of over 150,000 new “refugees” mainly from Islamic countries from 2015 onwards. 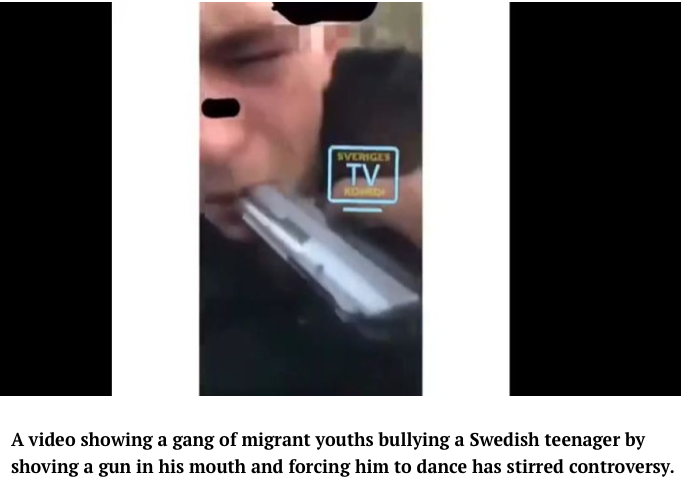 Swedish author Björn Ranelid recently warned that the level of crime and violence the previously sedate country is experiencing amounts to a “small scale war”.

A video showing a gang of Muslim migrant youths bullying a Swedish teenager by shoving a gun in his mouth and forcing him to dance has stirred public outrage. The short clip shows an obviously traumatized teen being intimidated and kicked.

The gang speak with heavy accents and force the teen to kiss the gun, “which they refer to by a Turkish-derived slang word (Swedish “tabbe”, from Turkish “tabanca”),” reports Sputnik.