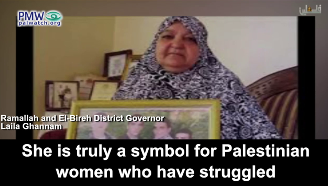 Palestinian Authority leaders value terrorists and murderers, and go to great lengths to show their support for them: The PA pays them generous salaries while in Israeli prisons and after, ensures them jobs upon their release, and even rebuilds their houses free of charge when Israel demolishes them as a deterrent to discourage others from attacking Israelis.

PalWatch The most recent show of this infinite endorsement has come from the very top of the PA – from the Prime Minister himself – to Um Nasser Abu Hmeid who is the mother of 6 terrorists responsible for at least 10 murders of Israelis. 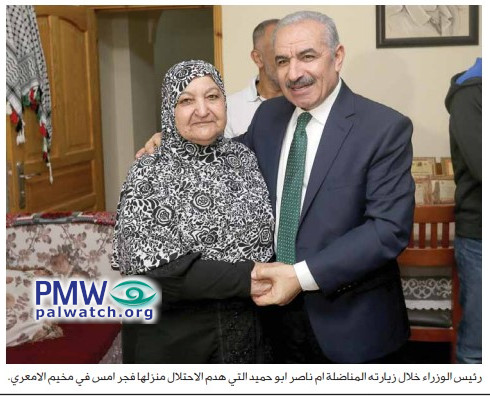 Prime Minister Shtayyeh honored Abu Hmeid again at a ceremony on Palestinian National Women’s Day – this time together with the PA Minister of Women’s Affairs Amal Hamad. In the photo below, Shtayyeh and Hamad are standing on either side of terror mom Abu Hmeid, while Minister Hamad is holding her left arm aloft and Abu Hmeid is making a “V” for victory with her fingers. 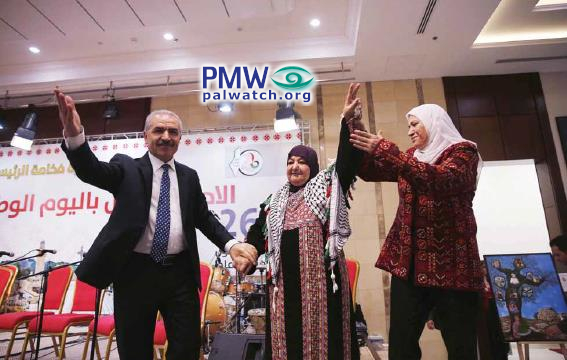 The PA has supported the Abu Hmeid family generously by paying salaries to the 5 terrorist-murderer sons serving prison sentences and by paying a monthly allowance to the family for a sixth son who died as “a Martyr.” As part of the PA’s “Pay-for-Slay” reward program, it pays the family 40,400 shekels/month ($10,800). Over the years, through September 2019, the PA has paid the family at least 4,154,500 shekels ($1,110,498). 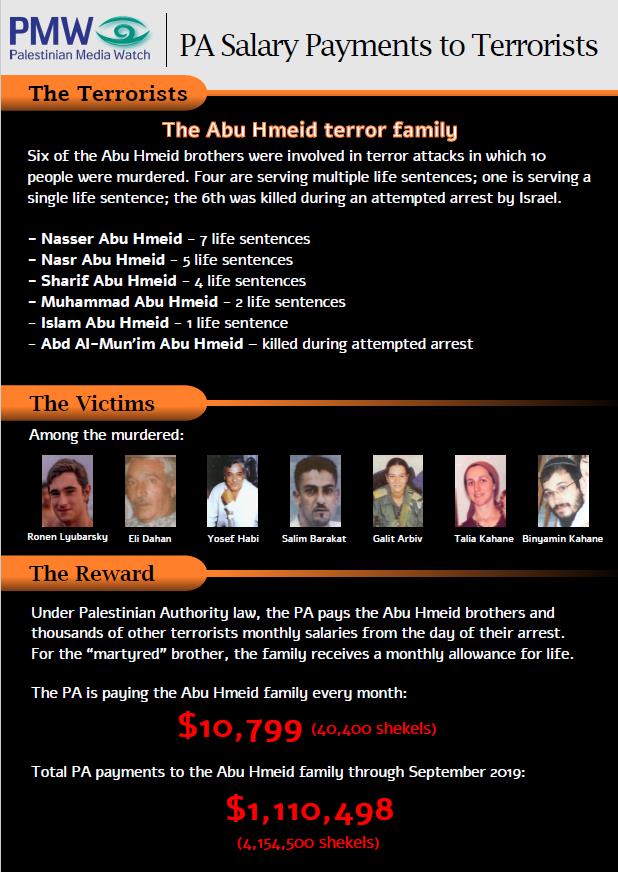 Palestinian Media Watch exposed that it was PA Chairman Abbas himself who decided to spend PA money on rebuilding Um Nasser’s house the first time it was demolished by Israelis as retribution for the murders, rather than attend to the PA’s financial crisis.