This is the 59th time since 2015 that police have cleared the Muslim illegal squatter camps from the streets of Paris.

Breitbart London spoke to several of the migrants at the camp, and all of them blamed the French government and Europe for their situation, demanding documentation and access to welfare.

EuroNews The authorities woke the men, mostly Muslim men from sub-Saharan Africa and some from the Middle East, at dawn and herded them onto buses that took 1,600 of them to temporary holding facilities in gymnasiums and sports halls elsewhere in the capital. 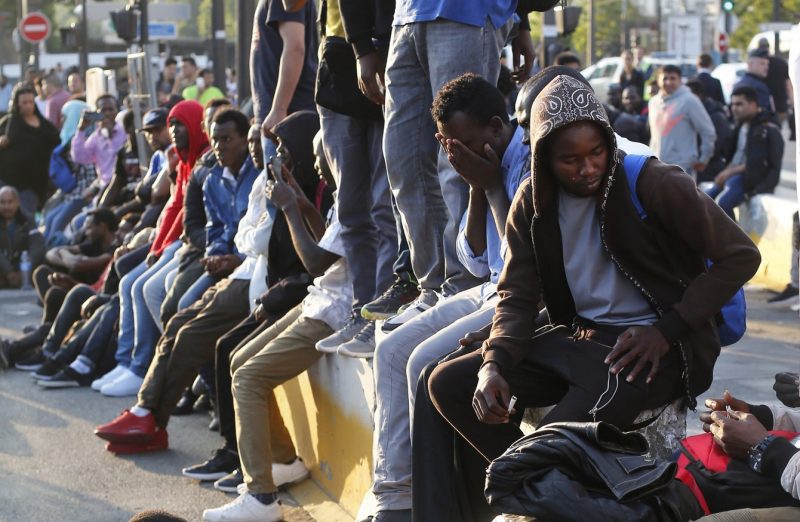 Speaking at the scene, Paris police prefect Didier Lallement told reporters: “I will no longer tolerate these installations by the roadside here or anywhere else on public spaces in Paris.”

Julie Lavayssiere, Paris coordinator for migrant advocacy group Utopia 56, told Euronews that many migrants will be “back on the streets” within a few days and liable for arrest if they are caught by police. “It is going to be a manhunt in Paris,” she said. 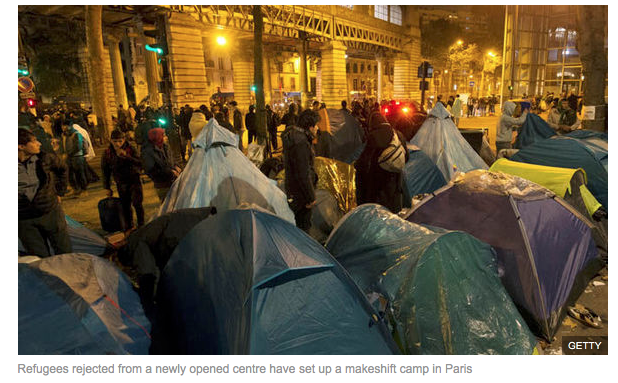 Paris’ socialist mayor Anne Hidalgo told reporters at the scene that authorities had told her “time and again the camps would not come back, but each time they have reappeared.”

But activists say that many of the migrants have nowhere else to go. Since the closure of the camps in Calais three years ago, many have made their way to Porte de la Chapelle and Seine-Saint-Denis, as well as other camps inside and outside the city. 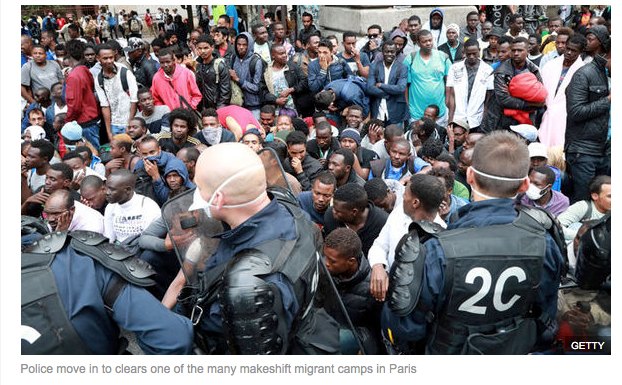 Breitbart The Porte de la Chapelle makeshift camp was cleared by police in June but migrants soon returned including at least a hundred drug addicts. 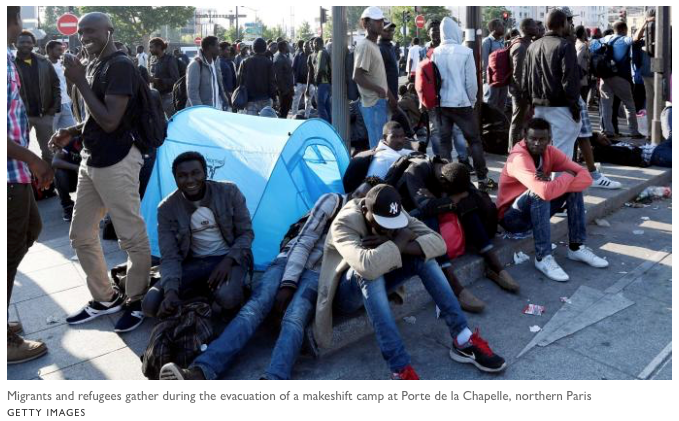 The constant influx of new migrants to the French capital, which some have estimated to be as many as 500 per week and a new report has claimed there could be as many as 400,000 illegal migrants living in the French suburbs of Seine-Saint-Denis.

As many as 300,000 illegals are said to live in the suburb of Saint-Denis alone, according to a parliamentary report.

Ahead of municipal elections next year — and with immigration a key concern amongst French voters — Philippe announced a new crackdown on migrants and asylum seekers, including restrictions on healthcare for new arrivals and quotas for migrant workers.