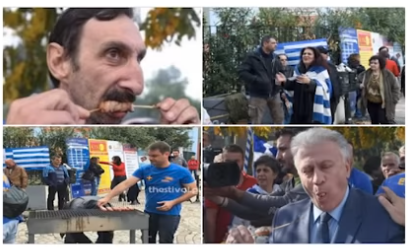 The Greek patriot group, United Macedonians, who sponsored the barbecue outside a camp for Muslim invaders pretending to be refugees in the town of Diavata, near Thessaloniki, were demonstrating their righteous anger against the ongoing Muslim invasion of Greece, a frontline state for illegal migration into the European Union.

Not surprisingly, left-wing politician Christos Giannoulis said it was difficult to say whether the event broke any laws, but called it a “disgrace” and a “provocation against people of other beliefs.” 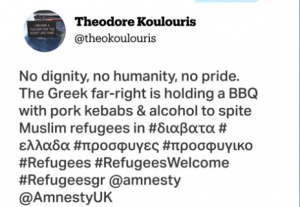